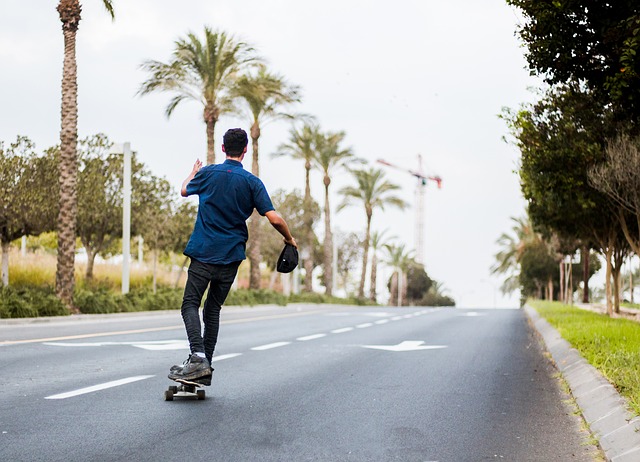 Years ago, I heard the story of a parent’s advice to their son about their approach to their end of school “schoolies” trip. He was told, “Here’s your carton of beer, here’s your box of condoms, come back a man.”

I understand this is not every parent’s advice to their teenage son about to embark on their week away. I understand the media can “beat up” the stories, the violence, the trashing of hotels and behaviour of non-schoolies (“toolies”) and the dark side of the many well-run and organised events.

The official Schoolies 2017 website tells prospective grade 12 graduates that it is the best week of their life. Is this the reality? Is there an alternative to allowing our sons and daughters to be caught up in the schoolies culture and atmosphere?

Reports suggest, on the Gold Coast alone, some 40 000 school leavers descend on the glitter strip for a well-organised and very lucrative event for the region. There are alternative destinations to choose from including Byron Bay, Sunshine Coast, Airlie Beach and Lorne in Victoria.

Unleashed Travel, a travel group dedicated to offering schoolies trips, released the following statistics this year on their website:

- Arrests were down 30% in 2013 compared to the previous year, according to police, despite several dangerous incidents.

- 15,000 Schoolies from New South Wales and Victoria were expected to hit up the Gold Coast this year.

- In 2012, there were approximately 30,000 Schoolies waking up for their week on the Gold Coast. It generated an estimated $100 million in revenue across the country – $60 million in Gold Coast venues alone. In 2013, the number of Schoolies increased to 40,000.

- “Several thousand” Schoolies left the country to head away from the Gold Coast and towards more exotic locations for booze-free or volunteer Schoolies experiences, according to the Department of Foreign Affairs and Trade.

- Research from the National Schoolies Week organisation claims that 52% of boys and 37% of girls get drunk every night of their trip.

- Last year, three-quarters of Schoolies got drunk, one in five passed out, and a quarter injured themselves during the week. Unsurprisingly, just over a third ended up with a hangover and about a quarter threw up from the drinking…proving that drinking to excess, while it dominates the Schoolies experience, really isn’t the best way to spend the week.

My eldest son has graduated this year. Since he was 12 years old we have discussed, advised and had open discussions with him about how we think he should live his life. We chose a school for him here on the Sunshine Coast due to their outdoor education experiences plus also the running of a program during his Grade 9 year titled, “The Rite Journey.”

There came a point where we told him that he was no longer a child, but a man. Particularly after his Grade 9 and 10 outdoor experiences, the ceremonies he went through at school and his move into the senior years of schooling - these became important stepping stones into the adult world.

6 years ago I was having the time of my life living with and teaching indigenous kids in Alice Springs. In my last year in “The Alice” I really believe God spoke to me. It wasn’t an audible, booming voice, but I think it was pretty clear. He said, “What does it profit a man to gain the whole world, but lose his sons?” This is God’s paraphrase to me of the verse from Mark chapter 8 verse 36, “What good is it for someone to gain the whole world, yet forfeit their soul?”

During my eldest son’s middle school years (Grade 7-9), we put forward the suggestion to him that rather than going away to schoolies for “the best week of your life”, why not consider an alternative. As parents, we needed to give him time to think through what he wanted to do.

We offered him the chance to come away with me.

We offered him the chance for a father/son trip to where he wanted to go.

Last Thursday my son and I left for an 18 day trip to the Middle East and Europe. A bit of sightseeing. A bit of shopping (at Tiffany’s my wife hopes). A bit of skiing. One of his best mates is coming. His uncle is also coming. What a great experience and opportunity for him. My wife and I have both decided to invest our time and money into this trip, rather than sending him off to a trip for no particular purpose but to party.

He will always have his mates. He has a girlfriend at the moment as well. They will hopefully always be there for him when he needs them. I am sure they will go away together for holidays and trips, and probably at a fraction of the cost Schoolies pay and fork out. You hope as a parent they are influencing him for good and not turning him against you or the world. Even his girlfriend and her mother have taken a similar step and gone on a trip together instead of investing money into Schoolies.

There will come a time when I pray he looks back on this trip with memories that last a lifetime. He won’t always have his Dad around. I am old!

But he will have this trip to remember. A trip that will give him a taste of the world outside the “bubble” we have intentionally or unintentionally created.

I know I will never relinquish my role as a Dad, a father and a role model to my sons. What legacy am I releasing onto the world? What type of “Modlin” will my sons be? I am not sure how much money he will inherit, but Warren Buffett once offered a good rule of thumb: The perfect amount to leave to your kids, he told Fortune in 1986, is ''enough money so that they would feel they could do anything, but not so much that they could do nothing.''

I am hoping to leave him more than money.

An 18-day experience with his Dad will hopefully become, “one of the best weeks of his life.” Surely there will be more to his life than a one-week party to look back on as the “best” experience he will ever have.