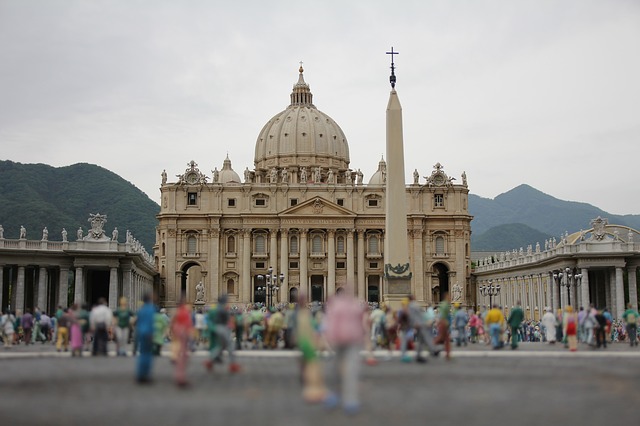 I am someone who has now been to quite a few different churches from various denominations and it has had a unique effect on me. Aside from all the negative baggage that I have accumulated and the feelings of rejection that comes with it all, I have acquired a unique perspective. This perspective has been formed from viewing churches from the outside as well as from the very centre.

My wife, who happens to be my second wife, is not a Christian. She has not had a church upbringing and has an outsider’s perspective. My work on the fringe in church planting, mission and evangelism as well as being a secular youth worker, gives me another view of the church from the outside. I have been at both ends of the church spectrum, from revival style Pentecostalism, right through to high church liturgy.

Let me say there have been good and bad (not people but experiences) in all churches because they are made up of fallen, imperfect sinners of whom I am the worst. Let me say if I am critical, I only see it because I have first seen it in myself, and I just as guilty as anyone, perhaps even more so because I can claim no ignorance.

The church here in an Australian context is viewed as being largely irrelevant from the perspective of the mainstream culture. I will give some reasons:

Secular humanism: Since the 1970’s there had been a subtle but powerful force that has grown and is now established within our culture. It is so intrinsic and foundational, it is no longer identified or even questioned. It is the philosophical framework of secular humanism. Secular humanism is a world view that thinks positively of the human condition and moral ethics, apart from any religious framework. Its origins lie in evolution and therefore promotes that human potential and governance will continue to improve as if it has an inbuilt mechanism that keeps us on track as a race with the use of science, education and technology. Its attitude towards religion is that it is out-dated, irrelevant and should be kept to an individual’s private beliefs. There is nothing wrong with this philosophical framework, and that’s exactly what’s wrong with it. If we humans do not have external factors by which to guide us, then we live in a subjective universe where everyone’s ways seem right to themselves.

The church is being made redundant by secular roles: The new people of power and influence within our culture have changed dramatically as well. In the past, religious leaders and community leaders and elders were holders of power and knowledge. Nowadays, the ‘curer of souls’ are psychologists and psychiatrists. If a person needs help in overcoming difficulties they will eventually end up seeing one. We have inbuilt mechanisms that refer people in our mental health system to this end. Again, nothing wrong with that, but a lot that a local priest contributed to their communities is now replaced. Practices such as centering prayer, meditation, reflection and art, all that have been religious in nature, have now been secularised and promoted as tools in human spirituality, without any religious content. Again the church is replaced as a keeper and giver of wisdom and healing practices and having their tools rebranded and sold in a self-help market place.

The subversive nature of the church: Another factor in the modern church seeming irrelevant is the subversive nature of the ministry of the church. Just as Jesus described the kingdom as yeast being kneaded into a batch of dough, so the kingdom permeates society and culture is hidden and subversive ways. I personally believe that role of the church is still not only important but vital within our society. We pray and do battle on behalf of our society and stand in the gaps in so many unspoken ways. I have been in denominations that have social welfare arms (Salvation Army, Baptist and Anglican) and I have seen the amount of time, money and resources that these organisations put back into our society and its mind boggling. They do so much unseen work that keeps our most vulnerable and needy people cared for that I don’t know if our society would do without them in terms of providing this care. Having been birthed and nurtured out of the church, and representing our church, they already have moral and ethical principle as well as charity and administrational structures inbuilt. Our secular government needs not reinvent the wheel in terms of welfare; the church has been doing it for nearly 2000 years.

Can the church tend to be introverted by nature?

The church doesn’t exist for itself, it exists for the world. Abraham, who is our Father in the faith, was called to become a people through whom God could bless the rest of humanity. The nature of our Trinitarian God shows self-giving is a primal characteristic. The church in the west seems to be caught up in popularity contests, selling books or music; or on the other hand, fighting battles of doctrine or drawing lines of division. We have to grow up. We have to realise that it’s not about us; how we worship, what songs we sing, what liturgy we do or don’t use. In John chapter 4 Jesus meets a Samaritan woman at a well. They were complete opposites in life in so many ways. Jesus was tired he wasn’t in the mood. I’m sure he wasn’t ‘feeling it’. But as he asked her for a drink, he crossed over a line in the sand; he broke protocol, he broke the religious rules; he became relevant. He got outside his comfort zone, his inherited world view and values and when he did, the spirit opened up a tremendous opportunity for encounter that left them both impacted. The woman felt understood and accepted by God and Jesus found sustenance from doing the will of the Father. The greatest encounters and spiritual sustenance won’t come through another church service or sermon or bible study. They will come when we seek to encounter God outside our churches.

My own experience on the fringe

Years ago one of my first clients was a Satanist. My first night’s sleep on shift as a residential carer, I was woken up by a strange noise coming from the bathroom. There was a low murmuring in a strange language followed by the sound of steel grating on concrete. I would later find out that my client had stolen a kitchen knife and was sharpening it on the bathroom floor as he chanted satanic incantations. I was warned not to talk to him about his Satanism and if he has his satanic bible to beware. Numerous workers would not work with him because of his behaviours such as his spells, magic and obsessions with Satanism. None of that fazed me. I worked with him for over six months, talking to him, listening to him and building a friendship. I was never forceful about my faith but just quietly shared little bits. It wasn’t me who took him to church, but his sister, and let me tell you, he had quite an encounter.

To be honest at this point I had given up on ‘sharing my faith’. It wasn’t about me. I didn’t care about me, I cared about him. Compared to him, my upbringing was heaven compared to his hell. All I did was be there and God did the rest. We as Christians need to live and love beyond ourselves, our four walls and our comfort zones. We don’t need to ‘feel it’, or sense God’s presence, or wait for a divine word. It is quite the opposite, when God uses us the most we feel insecure, vulnerable, maybe even sinful and messed up. That’s normal, you might never get any outward signs you made a difference, don’t get discouraged, just be there.