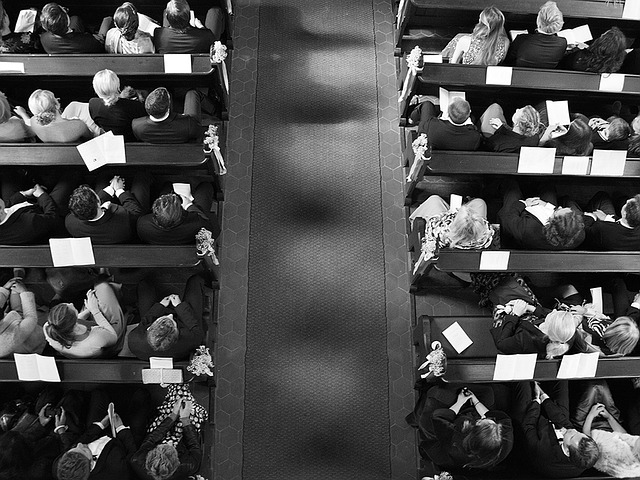 I love a good TV series. I have many favourites, and some that aren’t necessarily a “favourite”, but I’ll still watch it anyway. One I am re-watching at the moment is That 70s Show. It is a show about a group of teenage friends living in Wisconsin in the United States of America during the 70s. It is a comedy series that was pretty popular while I was going through high school.

In one episode in season 2, one of the main characters “Eric” skips church. How it all happened was Eric’s mother, a nurse, is called into work on Sunday morning as there are no other staff available for the shift. Money is tight, so she doesn’t say no, but she tells the kids Eric, and his sister Laurie that they still need to go to church while the father, Red stays at home as usual.

Eric and Laurie decide to just skip church thinking that their mother will never find out. When their mother, Kitty, learns that they didn’t go to church, she starts feeling very troubled. She has a dream that when they are dead, they will not be allowed through the pearly gates into heaven while all the other church going families are admitted. Kitty is really concerned about the relaxed attitude everyone in the family has towards church.

She realises that her husband, the children’s father Red, sets a bad example by never going to church. She also calls the church youth pastor to visit the children and help convince them that they need to go to church. All throughout the episode the key idea being emphasised is that if one doesn’t go to church they’ll burn in hell.

This was an interesting episode to watch because while watching it, I thought they had it all wrong and yet, this is what a lot of people in the world understand about church.

There is an old saying that I’ve heard since Sunday School, “going to church doesn’t make you a Christian just like sitting in a garage doesn’t make you a car”. Going to church is very important, and if anyone claimed to be a committed Christian and wasn’t a regular church goer it would certainly raise eyebrows, but church attendance is not reflective of one’s heart nor their relationship with Jesus.

The Bible encourages Christians to meet regularly, to help build the church, and encourage one another in spirit and in truth. However when I watched this episode, it seemed like the most important idea were that these children just be physically at church on a Sunday morning and that this alone is enough for one to enter the Kingdom of Heaven.

I’m not a parent myself, but when I see the way some Christian parents enforce church attendance with their kids, it seems like they are doing more harm than good. I’ve even heard of some young people having to memorise Bible verses as punishment for when they do something wrong at home, or being forced to go to youth group, or Bible studies when they really don’t want to. I know that this comes from a well-intentioned and good place, but this could be part of the problem.

So is there a solution?

Interestingly, he admitted in his speech that he was only attending church to please others, but that he was never really a Christian, but eventually the Holy Spirit worked in him to change his heart. He began reading his Bible and had other Christians mentor him, but the church attendance was purely mechanical for most of those two decades.

It is the responsibility of parents to teach their children about Jesus and raise them in a godly way. It is important to “plant the seed” while we are young, so that when we do become young adults or adults we have a good understanding of what it means to be a Christian, and we can own our faith for ourselves.

People should not be forced to mechanically attend church every Sunday, in the end, that will result in a hollow routine. We should teach others about the Gospel, and encourage others in their relationship with Jesus.