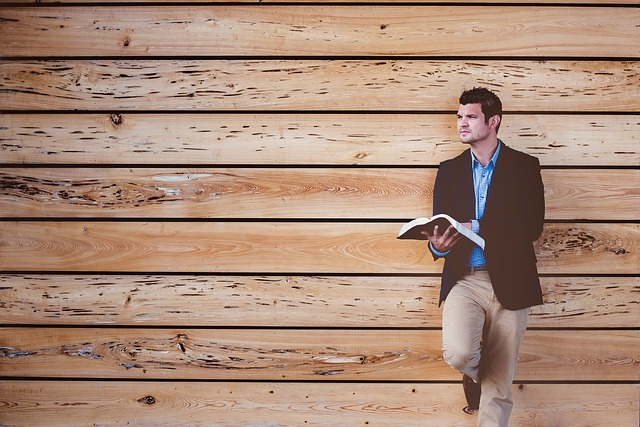 The story is told that one day, Death was walking into a certain city when a man stopped him and asked what Death was planning to do in that city.

Death answered by saying that he was going to receive 10,000 people that day. The man responded in despair but Death reminded him that his job was to take people when their time was ready. Today, that meant 10,000 people would be taking their last breath and going into the hereafter.

Later on in the day, Death and the man caught up with each other again. However, this time, the man was furious with Death. The man lashed out at Death and told Death that he had lied to him. This morning, Death had told him that he would only take 10,000 lives and yet, according to all the reports some 70,000 people had died. 60,000 more people had died than Death had said he would receive.

The man accused Death of lying and being greedy. Death allowed the man to rant and then stopped the man. Death quickly told the man, "Don't get mad at me, I only took 10,000. Worry killed all the rest." (Adapted from Haddon W. Robinson, What Jesus Said About Successful Living, page 221).

What brings me out of the worry spiral is a simple reminder. The word disciple means ‘student’ or ‘learner.’ In the midst of a panic attack we can halt the worrywart process by asking the Lord what is the lesson here?

In the Bible life is described as a marathon. ‘Run the race,’ we are told. I have run many races, some with my dad along the beaches around Wollongong.  I remember the soft sand stretches. The aches, the battle for breath!  His encouragement. Calling me not to quit! Often I just wanted to flop in the surf.

Running a marathon is all about perseverance and not quitting despite the physical hurdles. I look back now and remember we finished every one of those long-distance jaunts.

‘Great faith is responding to God, when it is the hardest thing to do,’ wrote John White. ‘Think well on the rough times of your Christian past,’ he suggests. (The Fight, John White. InterVarsity Press). Based on that advice my mind flashed back to our battles in Wollongong as we leaned on the Lord to keep our ministry going. Finances were always tight and there were times when I thought we would lose. God stuck by us.

There were the days in Manila (Philippines) when we reached out to the frightened locals during the tumultuous 1986 coup. I remember meeting President Ferdinand Marcos before he fled, and working with local Christians to protect innocent people during the physical unrest. God was faithful through it all.

We have witnessed His faithfulness to our children as they grew and stepped out in faith. He has never failed any of us. It has not always been easy but each battle always produced wisdom.

Kenneth Taylor came up with an interesting translation of Hebrews chapter 10, verses 32-33. (Remember the letter to the Hebrews was addressed to a mainly Jewish congregation of believers who had known very torrid and brutal times.)

“Don’t ever forget those wonderful days when you first learned about Christ. Remember how you kept right on with the Lord even though it meant terrible suffering. Sometimes you were laughed at and beaten, and sometimes you watched and sympathized with others suffering the same things.”

Those early believers met with strong resistance and yet they prevailed. The advice is clear. They should brace themselves for future trials by recalling how they endured and overcame in the past. The phrase Taylor used ‘you kept right on’ can be ‘stood your ground.’ It means ‘perseverance.’

Have you had moments when you ‘stood your ground’? The writer to the Hebrews told them to ‘remember’ those times. Gain encouragement from your past.

You have a faith-bank. Draw on it.

The author John White was a psychiatrist before he pastored two fellowships in Vancouver. His book The Fight has been a valuable reference tool. He highlights steps to handle worry and anxiety.

High on his list is regular Bible study. The Bible is very raw in its focus on humanity and the frailties of life. It also highlights the awesome intervention available through faith in God.

Prayer is a most powerful worry-destructive faith-building weapon. When I can take my anxieties to the Lord and genuinely hand them over, peace is restored.

Fellowship is essential. We need brothers and sisters. We care for one another and provide support and comfort where it is possible.

White reminds us the battle is against the world, the flesh and the devil. “The whole of Scripture makes it plain to us that the battle is not our personal battle. It is part of a war. We are led by the Unconquerable One. And good general that he is, he knows his soldiers by name and concerns himself with their safety and well being,” John White wrote.

God uses our worries and concerns too. Throughout the Bible we read of many who in the midst of their struggles did the smart thing. Remember Jonah? “In my distress, I called the Lord, and he answered me.” (Jonah chapter 2, verse 2) David did the same. (Psalm chapter 18, verse 6; Psalm chapter 120, verse 1)

I was reminded recently about another helpful tool.

Our nine-year old grand-daughter Jessica had a weekend with us recently. At bedtime she asked to listen to music. I asked, “Why do you need that?

“It’s Christian music Papa,” she said. “It helps me relax and get to sleep.”