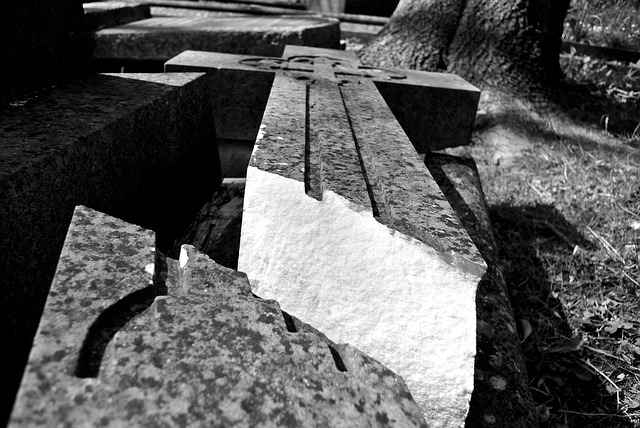 The Sydney Morning Herald recently recorded the death of an extraordinary man. He was Sir Lionel Luckhoo. The Herald called him the “Perry Mason of the Caribbean.” And that he was.

He had 245 consecutive successful defences in murder cases. Even the fictional Perry Mason lost a case after seventy acquittals. The Guinness Book of Records lists Sir Lionel as the world’s most successful advocate.

I had the privilege of meeting Sir Lionel and he was a most humble man. You would not have guessed he was knighted twice by the Queen of England, successfully argued cases before the Privy Council and was at one stage Ambassador in England for two independent countries.

However, Sir Lionel shared with me that in spite of all his fame, court success, power and wealth he felt empty inside. The older he got the more meaningless life appeared. He said, “I had no peace.” Then at age 63 he heard about the resurrection of Jesus. He personally checked it out using his legal skills.

He found that the message of Jesus’ resurrection satisfied not only his heart but his mind. He gave his life to Jesus. He said the transformation was immediate. It’s the resurrection and its power we celebrate on Easter Sunday.

Is the resurrection based on reliable facts? Before our break for an Easter song, I mentioned Sir Lionel Luckhoo. The world’s most successful defence lawyer. He at age 63 checked out the facts and declared, “I have spent more than forty-two years as a defence trial lawyer in many parts of the world. I say unequivocally the evidence for the resurrection of Jesus Christ is so overwhelming that it compels acceptance by proof which leaves absolutely no room for doubt!”

How can we be so sure?

What’s The Real Evidence for the Resurrection?

To establish the resurrection one must be able to prove two things. It’s not complicated really. One must show Jesus was dead at point A—beyond resuscitation. Secondly it must be shown he was alive at point B—at a later date. If someone is dead then alive, the only reasonable inference is resurrection. And if that happened Jesus deserves to be worshipped as Lord, as he has defeated our universal enemy—death.

What is the case for Jesus being dead at point A? Well let’s act as a jury and look at the evidence.

Firstly, we have the eyewitness accounts in Matthew, Mark, Luke and John that are found in the New Testament. They clearly testify Jesus was crucified until dead. A spear was even thrust into his side bringing a sudden flow of blood and water. He was dead.

Some sceptics like Dan Brown in the Da Vinci Code say, “Look he just swooned death and was later revived and pretended he died”. But can you imagine a man whipped to the point of death, as Jesus was, hanging on a cross with a spear thrust in his side, being able to jump around three days later convincing every he was 100% fit?

Even the famous skeptic about Christian things David Strauss, admitted the old swoon theory is a greater miracle than the resurrection itself! Most liberal scholars invent the swoon theory because they will never accept any miracle – miracles aren’t sophisticated enough for them – but yet they can’t avoid the empty tomb. Their conclusions for a lawyer are biased and ridiculous.

And the Gospels that record the death of Jesus are most reliable. The former Chief Justice of New South Wales, Sir Leslie Herron stated, “Let any objective reader put side by side the four Gospels and he will be struck, as any Judge accustomed to evaluate evidence is always struck, with one outstanding fact. It is this: that while they may be a great variety of detail or form of expression or narration of or emphasis put on occurrences, underneath it all, the substance and the weight of the narration are true.” Sir Leslie was one who really knew what reliable evidence was.

The New Testament gospels document that Jesus was dead. But of course there is other historical evidence that Jesus was dead at point A. The Jewish historian Josephus affirms his death as does the Roman Tacitus who states Jesus was put to death by Pontius Pilate.

Alive at point B

What is the evidence for Jesus being alive at Point B. Well we have the direct eyewitness accounts of the disciples and others recoded for us in the reliable Gospel accounts. And as Clarrie Briese, former Chief Magistrate of New South Wales says these testimonies have a real ring of truth to them. He says, they tell the story “warts and all”. He further states “the witnesses of the resurrection of Jesus Christ are witnesses of the highest credibility.”

The Apostle Paul also goes on to list there were over five hundred witnesses (1 Corinthians chapter 15). He records a superb witness list to the fact of resurrection, that included people who were initially sceptical but saw the risen Christ and then believed. He is saying to the reader, here are names, check it out.

Apart from the eyewitness accounts there is circumstantial evidence. For example, no one ever produced Jesus’ body to refute the claim. The Romans certainly didn’t want any rumours out there about this crucified Jesus being a resurrected Messiah and Lord. But no one produced the body to kill the story.  Also why would the Jewish followers of Jesus change their day of worship from the sacred Saturday Sabbath to Sunday unless they truly believed he was risen? The tomb was empty.

And look at the impact the message He is Risen has had on our society. Lord Hailsham, one of the most significant lawyers of our age stated, “Our whole system of education, public or private, our network of hospitals, our social security system itself, have each a clear origin in this Christian foundation. The tomb was empty, Jesus is alive!

Listen to how the Apostle Paul shared the news in 1 Corinthians chapter 15, verses 3–5. These few verses all agree, even sceptics, was a creed the first Christians shared when they meet. Paul said “For what I received I passed on to you as of first importance: that Christ died for our sins according to the Scriptures, that he was buried, that he was raised on the third day according to the Scriptures, and that he appeared to Peter, and then to the Twelve.”

This Easter we can join with millions of people saying Christ is Risen—He is Risen indeed! The ultimate proof we have of this is that when we put our trust in Jesus he comes into our lives. He transforms us and walks with us. We discover it is true that God loves us so much that he sent his only Son into the world to die for us. To God we are significant.

Sir Lionel Luckhoo said of his commitment to the risen Christ, “From that day my life changed. My life took a 180-degree change. I found real peace and happiness and joy.” If we want forgiveness and power for living it’s truly found in the crucified and risen Christ.

As the hymn writer wrote, “Thine is the glory, Risen conquering Son, endless is the victory Thou o’er death has won. Jesus meets us, Risen from the tomb, longingly he greets us, scatters fear and doom.” Our hope is the truth He is Risen. 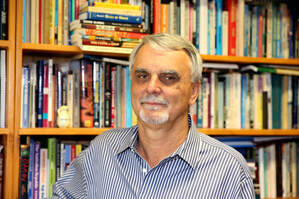