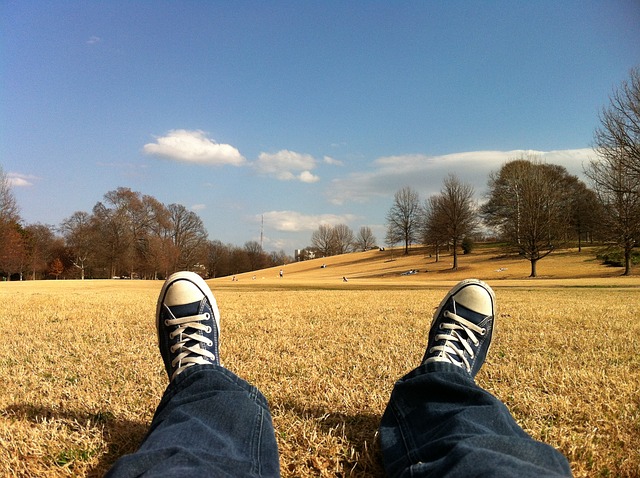 Getting up early in the morning can be one of the easiest and one of the hardest things to do; mainly because, it depends on your perception. For most people, if you’re really looking forward to the weekend, or you have someone that you’ve been planning to meet with all week, it makes getting up early that much easier.

But what happens if you wake up on “the wrong side of the bed”, as the saying goes? Or if you’ve just been informed that there’s an emergency at work and you have to come in early? Or there’s a bunch of chores that you’ve neglected to do and it’s the last day to do them? Things can become very hard, very easily.

Much of life can be centred around the mundane—going to work or school in the morning, coming back drained and devoid of energy; only to repeat the cycle the next day. Loved ones who turn bitterly against you for what seems like no reason at all, leaving little room for reconciliation. Peer pressure that seems to squeeze the life out of you. The remedy for this is not straightforward.

I recall an age where I used to wake up everyday at 5am, get ready and run downstairs to prepare my brother’s, my sister’s, and my lunchbox for school (of course, one of the perks of doing so was watching the 6am cartoon reruns on TV). After which, I would scan quickly through my homework to see if I had missed out on anything, jump into the car, and once at school, stride confidently towards the classroom.

Those days seem long gone. Nowadays, it seems like there has to be something extra special to just wake up before 7am. Assignments that I used to complete a week in advance during my school days in order to get extra credit are hastily put together the night before. Getting to the office on time seems like a waste of time, ironically. Why is this so?

Like a pervasive virus, society has been permeated by the silent killer called complacency, that distorts our standard of living and drags our conscience down with it. The will to do has been replaced by the will to wait. Being active is no longer the new normal, being passive has become the notion of the day. Procrastination, laziness, unbothered—these have become the undefined lifestyle we now live by.

Yet the irony of it all is that we claim to be busier than ever. I remember watching a movie once where a senior staff member in the police force was being reminded by his assistant that he needed to look into an urgent matter, but he shut the door in her face, claiming to be busy, yet just stayed in his office, doing nothing about it. Sound familiar?

Perhaps listening to our conscience is what is most needed in this day and age. The fact that common sense isn’t as common as it used to be is not lost on us. We know what’s wrong, but we fail to do anything right.

While I was reading about the Son of Man and what He used to do on the weekend, it seemed that while every religious ruler was trying desperately to follow the law to the “t”, he was doing everything against what was considered ‘pious’ for His day. Saving people from their sicknesses, helping the disabled, spending time with those considered ‘sinners’, He did it all. And the town leaders went raging mad; so mad, in fact, that they tried to kill Him.

If we did something considered “counter-cultural”, I wonder how we would be received; by our peers, our loved ones, perhaps even strangers. Would we be able to influence others to follow our lead? Instead of succumbing to the disease of complacency, the cure can be found in seeking restoration from the Creator Himself. Once our perception changes, it is possible to shake ourselves free of what everyone considers ‘normal’, and instead live a life that’s pleasing to our Creator and invigorates our lives into something that others see as worth the change.

A third-culture-kid born in Australia to Indian parents, Joseph returned from California where he was studying theology at Fuller, and recently began working for a BAM initiative in South India; his love of books and writing has now drawn him to PSI.