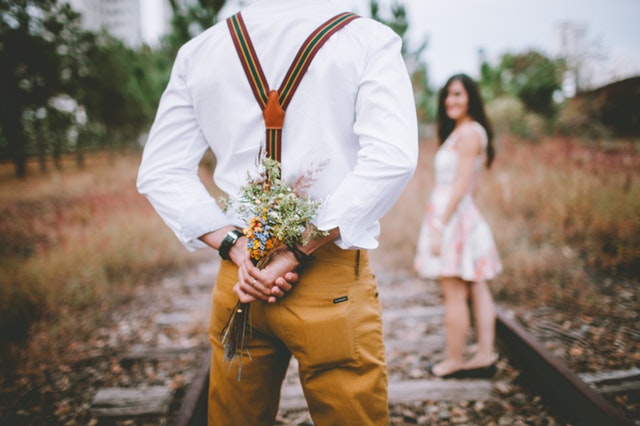 One gloriously sunny day on the gold coast during summer I noticed a busty, blonde girl canter across the street to avoid oncoming traffic. The strong message on the front of her tee shirt caught my attention. It read ‘LOVE IS THE ANSWER’.

I love clothes not for just the expression of our desired style or expression of feeling at the time, but also as a means of proclaiming something we believe in for others to see. I was socially very aware that as a young single male to approach an attractive female stranger, in the height of summer, to strike a conversation about what’s written across her chest could pose its problems. However, with confidence in the purity of my intentions I boldly approached her to interrupt her slowing canter from her road crossing. Knowing my eye contact was important here, I excused myself as I said “Hello, how are you?”  She responded politely. I said “I noticed your tee shirt and I wanted to ask you, if love is the answer, how do you define it?” After the initial shock of my boldness she thought about it, and was genuinely searching for a few moments.

Her face revealed that she felt it was an important question to have an answer for and possibly felt responsible because she chose to wear it.  She searched for the right words. From her response, it seemed like it had never dawned on her to think about. She stumbled over her words as she said, “it’s like when a man loves a woman or a woman loves a man, you know that feeling. That’s what love is, I guess.” It was like it was the first time she had ever thought about what love really is and that we shouldn’t try to define it. We should just say it and we should all know its universal meaning.

Maybe Madonna could shed some light on love’s meaning. In a famously embarrassing speech to a women’s march against the then newly elected President Donald Trump, she opened her address with “welcome to the revolution of love”. During the speech, she revealed her desire to blow up the White House. She also encouraged a healthy debate to those that opposed the rally by addressing them as “our detractors, f#%* you” (repeated twice). She later, after a undeniably directionless empty speech, asked her congregation to chant “we chose love” repeatedly until it reached a volume where she was satisfied that her minions were committed to her confusing flag waving rhetoric on “love”. Clapping with agreeable delight and online support are people such as Hilary Clinton, Alicia Keys, Beyoncé, Cher, Olivia Wilde and Victoria Beckham amongst many other celebrities.

Welcome to the love revolution! Is anyone asking ‘what is love?’ Is love being reduced to a feeling like our friend with the tee shirt claimed?  Maybe we don’t want to define it because it gives us permission to do whatever feels good. If anyone says something is wrong that feels good to you, then they hate you and claim you are a bigot. This, my friends, isn’t defending love, its killing it.

Have you ever noticed that speaking about an esoteric ‘mother earth’ is acceptable and spiritual, but if you talk about ‘Father God’ stones start flying. God is ok as long as he is a woman or undefined. I propose that popular love has been reduced to only a feminine expression because we want to be nurtured and serviced more than disciplined and taught. The agenda to emasculate love is aggressive.

Both masculine and feminine loves are essential. Feminine love supports, nurtures and validates the feelings and brings emotional support; all the essential elements for early stages of healthy relationship and the development of child. However if that’s all our definition of love is, then when we need leadership or correction to go forward we will see it as a threat to our freedom rather than protection of it, and rebel. We stop progressing when it doesn’t feel good. We become emotionally driven people that need everything to nurture us and serve us. Love is reduced to sensual experiences and feelings. There is now no real purpose beyond feeling good. We can’t commit to relationships long term and projects because when it stops servicing our needs we don’t feel loved or valued.

Masculine love protects, leads and validates a maturing person’s identity and existence. It provides and gives stability in direction through discipline. This combination gives purpose, future hope and a legacy to fulfil. Masculine without the feminine love makes for insensitive task driven people. They become harsh and unable to express emotions well.  They lack understanding and success becomes more important than people.

Both feminine and masculine loves are dependent on each other. When both come together they complement each other beautifully, like a seed to good soil. A cycle of honour replaces the cycle criticism. All that’s needed for a full expression of love comes together to create an explosion of life that heaven intended from the beginning. Everyone thrives.

For healthy communities and families to flourish, love needs to be expressed without apology. Both expressions need to be honoured. The leverage women have with the media driven political correct tide of this emasculation should not be joined, but resisted. Men need to rise up and love courageously and sacrificially and never ever apologise for it. 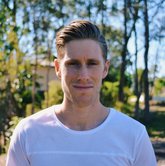 Leigh Clough’s previous articles may be viewed at