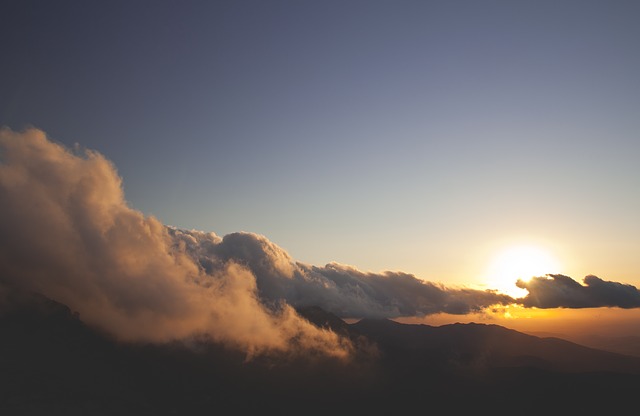 Editor of New Zealand's 'Ground of Faith' the Reverend Michael Cocks cites Psalm 139 says it: “Where can I go from your Spirit? Where can I flee from your presence? If I go up to the heavens, you are there; if I make my bed in the depths, you are there. If I rise on the wings of the dawn, if I settle on the far side of the sea, even there your hand will guide me, your right hand will hold me fast.”

He continues - in Acts 17 St Paul says of God that, “In him, we live and move and have our being.”

In June he attended a conference in North Carolina on our understanding of Spirit. A mathematical physicist, William Keepin, explained why quantum mechanics leads us to say the same thing as Paul. That the events in our supposedly solid physical world are the product of a (to us) invisible realm of Spirit. The Gospel of John chapter 1 seems express it in this way, “In the beginning was the Word, and the Word was with God, and the Word was God. He was with God in the beginning. Through him all things were made; without him nothing was made that has been made.”

Christ the Word is the creative power of God bringing into being the spiritual and physical realms. There are physicists, like David Bohm, who say much the same thing in the language of physics.

The “Spiritual” and the “Physical” are aspects of one undivided spiritual-physical whole. Physicists talk of quantum entanglement where all that is, is entangled with all that is. That’s why prayer works, why we can have premonitions, why Spirit can guide us through our lives. We are never to think of some gap between Spirit and the Physical, cited Reverend Cocks.

The Ground of Faith

He continues - readers might like to explore the June-July issue of The Ground of Faith. There is much to explore there. Christians may find some of what is found there, strange. But the trick is to avoid thinking of God as a separated being up in the sky, like a physical monarch ready to reward or punish us.

Some Bible writers do seem to think like this. We need to keep with Jesus and Paul with the everywhere God, who knows even if a sparrow falls to the ground. If we keep with the idea that all is connected to everything else, then many miraculous and strange events will make sense to us.

God is Love, and that Love holds all together. If we depart from love then we suffer. And when we suffer from our sin of lack of love, then we think we should be punished. But Jesus said it all, with his story of the Prodigal Son, who had asked for his inheritance and gone into a far country, where he lived a wicked and wretched life. But when he came to his senses, he returned to the Father expecting rejection. Instead he met welcoming arms.

Reverend Cocks says, the truth is that each one of us are potentially conscious participants in God who is in all, through all, and above all. He says, we become filled with Spirit when we truly understand this.

A critique of Hillsong 2017 last week in Sydney named “Closer” surmises the love of Christ through his death and resurrection draws us closer to Him and covers all.