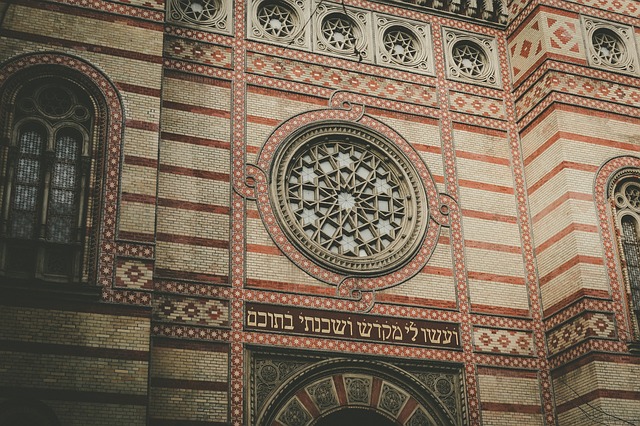 In the first week of September Jewish people will study the Torah Portion Kei Teitze in what they call the Torah Portion. The Torah is the most important biblical text of Judaism. Torah includes Genesis, Leviticus, Exodus, Deuteronomy and Numbers. The weekly Torah Portion is scheduled so that Jews study the same portion of scripture throughout the year.

Kei Teitze studies Deuteronomy chapter 21, verse 10 through to chapter 25, verse 19.   In Hebrew Kei Teitze means ‘when you go out’ and is the first four words of Deuteronomy 21: 10.

The entire portion is very challenging. The Jewish sage Miamonides declared that the Torah contains 613 commandments to be observed by Torah adherants. Seventy four laws are announced by Moses in Kei Teitze so it reads like a long list of do’s and do nots! As I prepared my teaching I was confronted by the warning that those who rebel put to death, so I was challenged to find how the character of God could shine through.

The context is simple. The people had recently emerged from slavery in Egypt. Moses task was to get them ready to live as a healthy, active community in Canaan, the Promised Land. The list of laws were primarily about disciplines necessary for a society to live and cooperate with one another fruitfully.

I found the sins addressed way back then, were not just Old Testament issues. Look what the Apostle Paul wrote to the church in Corinth. “It is reported everywhere that there is sexual immorality among you, and sexual immorality of such a kind which does not even exist among the Gentiles, so that someone has the wife of his father. 2 And you are inflated with pride, and should you not rather have mourned, so that the one who has done this deed would be removed from your midst?” (1 Corinthians chapter 5, verses 1-2)

Kei Teitze begins ‘when you go out to war against your enemies.’ (Deuteronomy 21:10) The enemy Jewish sources highlight, is identified as ‘the evil inclination.’ Rabbi Isaac said, ‘A man’s impulse to evil grows in strength day by day and seeks to slay him.’

James, the brother of Jesus spoke about lust and said, ‘It gives birth to sin, and when it is accomplished, it leads to death.’ (James chapter 1, verse 15) A famous Jewish gentleman Albert Einstein said, ‘The world is a dangerous place to live, not because of the people who do evil, but because of the people who don’t do anything about it.’ Moses warned the people they had to identify and confront the evil inclination.

Jesus identified by most Jews, as an outstanding rabbi said “Out of the heart come evil thoughts murder, adultery, sexual immorality, theft, false witness, slander. These are what defile a person.” (Matthew chapter 15 verse19).

The Lord identified sexual immorality and Ki Teitzei addressed it as well.

This will be controversial for some. “A woman shall not wear a man’s garment, nor shall a man put on a woman’s cloak, for whoever does these things is an abomination to the LORD your God.” (Deuteronomy chapter 22, verse 5)

In Ki Teitzei, a strict standard of morality is emphasized. For instance: “If any one lay with a married woman, they were both of them to be put to death as adulterers.” (Deuteronomy chapter 22, verse 22)

Here is an immoral act so prevalent in our society today! Years ago I had to deal with a young man who caused considerable damage after he found his father in an immoral situation. The boy was locked up as a delinquent but his dad went free because society accepted his behavior. I spent many months visiting with that young man to encourage him to forgive and get on with his life. But I still have a sense of injustice about the whole outcome but sadly that is a situation repeated time after time in what we call modern times.

God is also concerned with fairness in business dealings. Ki Teitzei provides laws about the inheritance rights of the firstborn, divorce, borrowing and lending money, and returning of lost objects. These laws and conditions are designed to ensure fairness and righteousness in fellowship with others.

The end of Ki Teitzei is stark. The last words are ‘you shall blot out the memory of Amalek from under heaven. Do not forget!” (Deuteronomy chapter 25 verse19c) Remember Amalek! Do not forget! Greg Killian wrote – “evil will be with us until Mashiach (meaning Messiah) finally destroys it.” He quotes Jewish sages who teach, “In every generation Amalek rises to destroy us, and each time he clothes himself in a different nation.”

Rabbi Hillel ben David says: “The Hebrew word Amalek (in Gematria) has the numeric value of 240, which is equal to the Hebrew word safek, which means doubt. We have all experienced doubt from time to time. Our firewalls are very vulnerable when we doubt the power and protection to be found in the Lord.

As the Jewish Chovos Halevavos (English: Duties of the Heart ) says: “Your greatest enemy in the world is your evil inclination. He gives you (bad) advice every step of the way. While you sleep he is awake, plotting against you. He appears to you as a friend, and he becomes one of your most trusted advisors... His greatest weapons against you are confusion and false arguments, which make you forget your true interests and doubt your confirmed goals and beliefs....

Remember, Amalek’s goal is the total destruction of Israel. He attacked in the desert. He tried again through Haman. He tried through Judas. And sustained his evil through Hitler, Stalin and Saddam Hussein.

The law may condemn, it may convict. The Apostle Paul said: “The law came in so that transgression would increase, but where sin increased, grace abounded all the more.” – Romans chapter 5, verse 20 He also wrote to the church in Galatia: “Therefore the law has become our tutor to lead us to Christ, so that we may be justified by faith.” – Galatians 3:24

The Bible tells us Abraham was justified by faith, so that process offers very good news. You can hear the complete teaching from September 1, at www.bridgesforpeace.com. Click Torah Portion.