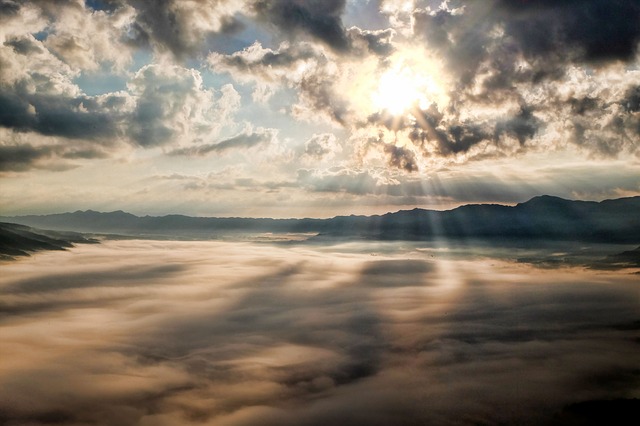 Thirty years ago I was on an evangelistic outreach to Guanzhou (Canton), China. Apart from manufacturing, Guanzhou is famous for Cantonese food. The name Canton came from the Cantonese language, spoken by millions through the southeast corner of China.

In Guanzhou, I met a university student who was eager to chat and practice his English on me. At one stage his eyes lit up as he asked, “Is it true night time is like day time in Hong Kong?”

I considered for a moment, and then guessed he was talking about the bright street lights, shop fronts and large advertising colourfully illuminated at night in Hong Kong.

He told me the university had acquired a large collection of B-grade Hollywood movies and they were causing great interest. He and his friends were fastidiously studying the backgrounds of each scene. They noted how people their age dressed. The hairstyles were very interesting (to say the least!) Teens dancing to music from a jukebox created wide interest. The also observed how many drank Coca Cola. And yes! He spotted the bright nightlights of Hong Kong!

These young people, alert and curious, went beyond the lifestyle mapped out for them by the authorities. Curiosity aroused, they began to question their own existence. Was there something better?

Today worldwide communications go beyond old movies. The internet brings people, thousands of kilometers apart, together instantly. Such access can be positive or even destructive.

I travelled physically into China to meet with people and to tell them about the Lord. Today evangelists of any cause, can cross national borders with the click of a keyboard.

Internet Jihad is a grave concern. Prolific author Raphael Cohen-Almagor wrote: “The Internet is used to target young people. Terrorist organizations use cartoons, popular music videos and computer games to get their attention.  In 2003, Hezbollah began online promotion of a computer game simulating terrorist attacks on Israeli targets. The computer game, called Special Force, was developed by the Hezbollah Central Internet Bureau, and its development took two years. The game, played in Arabic, English, French and Farsi, was based on actual Hezbollah battles with Israeli forces. It placed the player in different Hezbollah operations against Israelis and players could gain points by killing Israeli leaders. The game ended with an exhibit of Hezbollah “martyrs” – fighters killed by Israel. The message to users was: “Fight, resist and destroy your enemy in the game of force and victory” (WorldNetDaily, 2003).

Mahmoud Rayya, a member of Hezbollah, noted in an interview for the Daily Star that the decision to produce the game was made by leaders of Hezbollah, and that “In a way, Special Force offers a mental and personal training for those who play it, allowing them to feel that they are in the shoes of the resistance fighters” ” (Jihad online: how do terrorists use the internet. Hull.ac.uk)

Many of us are naïve to these tactics. While we ignore them, we lose ground to those who wish us harm.

Great intellects are working hard to find the answers. In years gone by young disillusioned people were drawn into gangs with offers of friendship and an identity of belonging. Online jihadis are using the same tactics to entice and recruit.

Christian outreach is still our greatest asset. By reaching out to the lost and wounded, the hurting and the lonely, we begin the process of restoring value and identity.

We certainly must take the love of Jesus to those who are rudderless. Jesus said, “I am the light of the world.” (John chapter 12, verse 46)

It is our mission to ensure that his light, shines even in the darkest places.