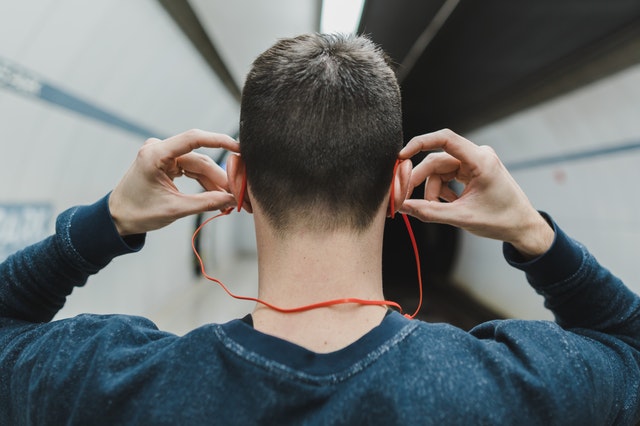 When we hear the phrase 'counter-culture' we think of 1960s hippies and radical activists seeking to challenge the status quo and overthrow the old, rigid norms holding society back from a bright progressive future.

Yet interestingly the idea of 'counter-culture', usually associated with 1960s youth movements, is being increasingly talked about among those with an eye on social trends. But how could this be associated with conservatism?

The 1960s new left movement succeeded in radically changing society's values and it has continued to grow in influence to the point where 50 years later the progressive left is now the establishment.

Not only do most of the dominant institutions lean this way, but many on the 'social justice warrior' left have reached such hysterical extremes of political correctness that they have become everything they once despised. They have become the dogmatic, close-minded, judgmental fundamentalists that want to control every thought and action.

So the times are ripe for a new youth rebellion. Only the rebellion is now coming from the right. The domination of the culture by the worldview of the left is all that those born after the year 2000 have ever known. So it makes sense that to rebel in 2017 is to move to the political right.

More and more young people are questioning the sacred cows of the modern west. Nothing is off limits. In fact a recent survey of the political and social views of teenagers suggests that they are the most conservative generation since World War 2!

But how could this be when television, movies, the entertainment industry and mainstream media consistently present progressive values as trendy? The answer to this is the emergence of an array of edgy right-wing journalists and commentators that are taking the internet by storm.

Young people are more internet savvy than most. Generation Z are more influenced by internet culture and are much more likely to listen to someone on Youtube to formulate their worldview than pay attention to traditional forms of media like television.

There are countless new counter-cultural voices that have arisen in the last few years, with many diverse viewpoints. What they all have in common however is they are critical in some way or another of the prevailing orthodoxy.

Youth are listening to people like Stefan Molyneux, Paul Joseph Watson, Milo Yiannopoulos and Sargon of Akkad who are sharing perspectives and truths that have been largely ignored or maligned by the mainstream media and this is attractive.

What are the key issues that concern the growing right-wing counter-culture?

The movement includes everything from centre-left liberals who are critical of the extremes of political correctness to those who are fearlessly promoting conservative values about the family, nationalism and personal responsibility. They tend to be united in the fight for free speech, opposition to third wave feminism, concerns about Islamic extremism and calling out the hypocrisy and double standards of political correctness.

They are pro-western civilization and willing to defend it. More and more young people are getting fed up with the messaging that their culture and heritage sucks and that they have nothing that they can be proud of. They are tired of the constant hatred of the west and leftist deconstruction and denigration of all that it has historically been.

There are those like young 21 year old firebrand Lauren Southern who is boldly communicating traditional and conservative ideas about politics, society and family values. The audience she and many others like her are reaching is unprecedented. Recently for example she made a video encouraging young women to value virginity, that currently has half a million views.

Perhaps one of the most important people shaking things up at the moment is Professor Jordan Peterson. He is a tough-minded prophet of personal responsibility whose deep insights into psychology and human nature are challenging many young people to get their lives together. It is a needed message and one that you will seldom hear in popular culture.

How should Christians respond to this movement?

This movement is not going away. The internet has allowed the widespread dissemination of ideas to a wide range of people like never before. It is clear that many young people are searching for meaning in a very nihilistic culture. They see the emptiness and mess of the modern world and they are trying to find their way back to something true and meaningful that we seem to have lost.

Unfortunately it seems that often Christians are quick to agree with the mainstream media's assessment of what is going on and condemn it as 'hateful'. Christians in many ways are maintaining the status quo and sometimes don't realize how much their worldview is influenced by cultural marxism.

It is often said that Christians lag behind the culture and struggle for relevance. If Christians want to avoid finding themselves behind the times again we need to take seriously this right-wing movement taking place in youth culture. We need to ask ourselves why it is happening and take the time to listen to what is being said, recognising  that often their critiques of the culture are correct.

I think we should see this as an opportunity to point people to Christ and pray that God uses this for his glory to bring revival and turn the West back to its Christian roots.