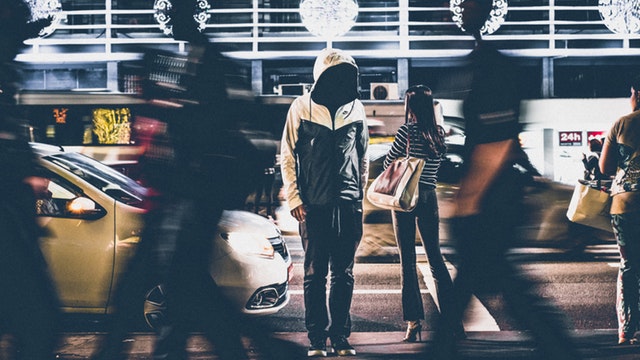 In my previous article I explored what I believe to be the real problem behind racism, namely the human heart; man has essentially developed structures in place that has allowed for blacks and other minorities to have some level of equity in society in our present day; some barriers have come down that inhibited racial minorities from having access to public facilities.

In part 1 and 2 we explored the fact that even though there have been land mark victories for minorities, there are still present day issues of racism. So why is this still a problem when - as an institution primarily- racism has been abolished?

I believe- as stated in part 2 of this series- the heart needs to be transformed just as much as attempts are being made to reform the institutions that exist to perpetuate such a human vice whether explicitly or subtly.

Let us explore a bit on what Paul the apostle I believe had to say about it. In his letter to the believers in Ephesus, Paul writes and addresses his recipients as Gentiles who converted; we know this through verse 11 of Chapter 2 of the letter where Paul says explicitly “you, once Gentiles in the flesh”.

In this same passage Paul lays out the former state of the gentiles “aliens from the commonwealth of Israel and strangers from the covenants of promise”; he further says “for he himself is our peace, who has made both one...... broken down the middle wall of separation”.

There are two things here to note; firstly the usage of the word “our”, who is included here? Paul a Jew by birth and his gentile audience; second thing of note is the image of enmity and separation between the two groups.

Now the gentiles as a people were not regarded highly by the Jews, they were seen as less than, particularly because they were not Jewish; one could argue that there was a level of racial tension between the two.

With that in mind in verse 17- 18 Paul explains that peace was preached to both groups to the point of having equal access, and the result of the divine exchange is a new state between the two groups; in verse 19 there is no more enmity, gentiles are no longer strangers and foreigners; what they are now is fellow citizens with the saints and members of the household of God.

The former state separated and excluded, the new reconciled and included the estranged; united by a common identity with the central issue destroyed, namely the sinfulness of the heart of man.

The cry that I believe emerges from the racial struggle is a sense of equity and the cry for me as a person to be affirmed just like anyone else; of true unity. We are not united on differences but in spite of, some things unite us, which are commonalities.  What is common to all men?

From the basis of the scriptures we were made in God’s image. There are no superior image bearers, that is why “all” have sinned is our common predicament and “whosoever” is our common solution; a gospel call that does not exclude.

So I believe Christianity is the answer, it doesn’t just offer a system of communal living; but it internalises the problem and seeks to address the core, namely the heart of man. We are in need of transformed men, not better men.

The actions of Christians in the past does not nullify the scriptures, on the contrary, it provides a basis with which we can call men to account.