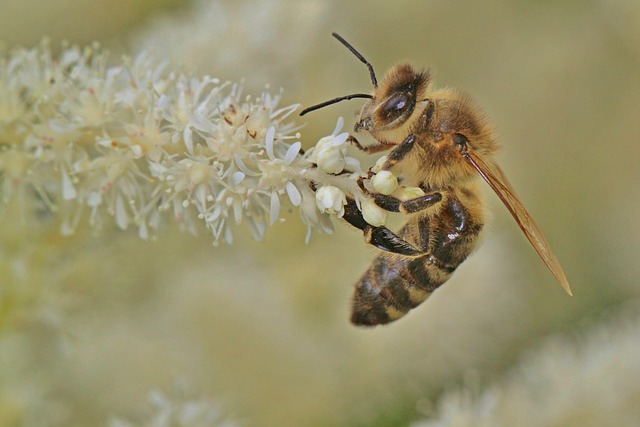 Who has not enjoyed too much honeycomb, particularly as a child? More than once I joyfully over-imbibed on honey straight from the spoon. When God spoke to Moses from the burning bush, He promised to redeem Israel and bring them to a land ‘flowing with milk and honey.’

Even the most astute Israeli scholars have taught this honey would come from dates, rather than bees. They believed the promise conveyed God delivering a fertile land, where the cows give quality milk and date trees provide nutritious honey.  When spies were sent into the Promised Land to search it out, they returned with great enthusiasm saying: ‘We came to the land to which you sent us. It flows with milk and honey, and this is its fruit.” (Numbers chapter 13, verse 27). In the face of possible enemies and challenges, the rich fertility was greatly valued.

One of the more unusual honey stories relates to the mighty Samson. He ate honey from bees, produced in the carcass of a lion (Judges chapter 14, verses 8-9) Jonathon, the eldest son of King Saul, ate honey from a honeycomb (1 Samuel 14:25-27) And my taste buds tingled at the thought! There is a honeycomb reference in Proverbs: “My child, eat honey, for it is good, and the dripping of the honeycomb is sweet to your taste.” (Proverbs chapter 24, verse 13)

Now Israeli archaeologists have delivered a honey of a story! For many years Rehov in the Jordan Valley was renowned for an aviary dating from 900 BC. It was estimated the hives back then could have housed more than a million bees. Analysts believe bees from Anatola were imported to Tel Rehov because they were less aggressive and produced a higher yield of honey. Hebrew University Professor Amihai Mazar was doing what archaeologists do on and around a Tel Rehov dig when he uncovered evidence of beekeeping from 3,000 years ago, the oldest evidence of this industry ever discovered.

“Beekeeping is not described in the Bible and Israel is not especially suited for beekeeping, no more or less than any other place with flowers,” Professor Mazar said. “But even today, if you go out to the fields in that region, there are hives in the field.”

Biblical scholars believe when the Bible mentions honey, it is usually referring to honey made from dates. Professor Mazar pointed to his discovery as evidence that the Bible could also be referring to honey from bees. Appropriately this announcement was made just as Jews were dipping apples into honey to welcome a sweet and blessed New Year.

The archaeologists did not expect to find beehives while digging, but there was no other explanation for the discovery. “We found a long row of clay cylinders, each one of them approximately two and a half feet long and about one foot in diameter,” Professor Mazar told Breaking Israel News. The clay pots, made of unbaked clay mixed with straw, were piled three high.

The researchers eventually concluded they had discovered the oldest beehives in the world. Sealed with removable lids at one end, the other end of the cylinder had a small hole for the bees to enter. The discovery was unprecedented, and no other ancient hives have been found in Israel.

Many archaeologists believe the site is where the Prophet Elisha lived at approximately the same time bees were buzzing around, the report from Breaking Israel News said.

“Though it was not mentioned in the Bible, this was a very large and important city in the time of King Achav and Elijah the prophet,” Professor Mazar said. He estimated that at the time, the city was home to approximately 2,500 people. The archaeologists also found remains of actual bees, identifying the breed as being native to Turkey.

“These are the most ancient bees ever found in the world,” Professor Mazar said. “They did not arrive in Israel by themselves, so there had to be thriving trade between Israel and Turkey at the time.”

This story actually goes much deeper. Countless recent studies have shown honey bees are dying out in US and in Europe while they continue to flourish in Israel. In the beetrade, the problem known as Colony Collapse Disorder (CCD) was first observed in France in 1994.

In the USA commercial beekeepers are reporting losses ranging from 29 to 45 percent and their losses are described as double what is normal. They are freely declaring ‘bees in crisis.’ The decline is said to be due to  a combination including poor nutrition, loss of habitat and pesticide exposure.

The Pesticide Action Network (PAN) recently said: “According to a recent UN report, more than 70 of the 100 crops that provide 90 percent of the world's food rely on bees for pollination. Managed honey bees remain the most economically important pollinator, contributing over $19 billion annually to the U.S. economy.”

Haim Efrat is the head of Israel’s Ministry of Agriculture beekeeping division. “Bees depend on a complex ecosystem to live,” he said.

When Times of Israel studied this problem, they reported: “Israel is unique in that its officials monitor every single hive, an intense and far-reaching system of checks that would be unthinkable in bigger countries but is, for the time being, keeping Israel’s death count on the lower side.

A report published this year by the Center for Biological Diversity stated that out of the 1,400 honey bee species studied, more than half were on the decline and nearly a quarter were at risk of extinction.”

When Ellana Rudee put this situation to an Israeli farmer he spoke of Bible prophecy and quoted the prophet Isaiah: “Wilderness and dry land shall be glad, and desert shall rejoice and blossom like the crocus. It shall blossom abundantly, and it shall rejoice indeed with rejoicing and exulting.” (Isaiah chapter 35, verses 1-2)