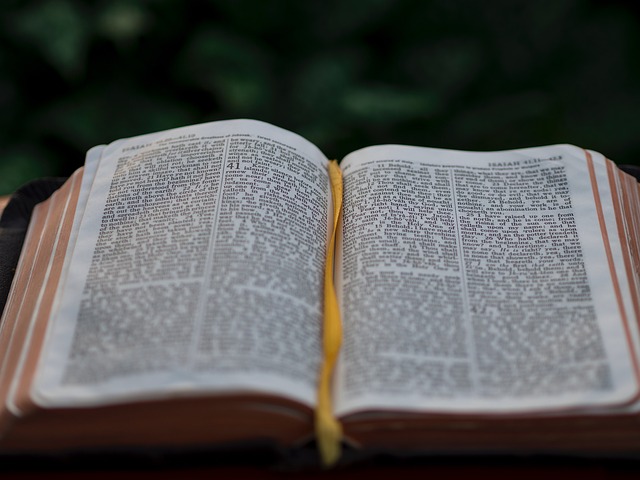 Fake news! It is a common cry today but most often linked to politics. But recently Bible believers have echoed the cry.

Just weeks ago (July), an archaeological research team published a scientific study announcing the Lebanese people of today are descendants of the ancient Canaanites. The team extracted DNA from two skeletons they uncovered in Sidon, Lebanon, to trace the Canaanite migration from Israel to Lebanon.

The media pounced. They even quoted scripture to prove the point. Look they said! The Bible clearly instructed the total eradication of the Canaanites. See! Right there in Deuteronomy chapter 20, verse 16. And so it did! Headlines followed.

Oops. Surely we are done? Breaking Israel News (BIN) opened an enquiry. They were assisted by Rabbi Pinchas Winston, a prolific author who correctly argued, ‘the Canaanites were not wiped out.’ He offered scriptural proof. “When the Israelites became stronger, they imposed tribute on the Canaanites, but they did not dispossess them.” (Joshua chapter 17, verse 12) ‘The Canaanites persisted in dwelling in this region. And when Israel gained the upper hand, they subjected the Canaanites to forced labor, but they did not dispossess them.” (Judges chapter 1, verses 27-28)

As various news outlets picked up the Breaking Israel News rebuttal, the media had to retract their rush to judgment. The British Telegraph ran a correction saying: “The original version of this story erroneously said the Bible claimed the Canaanites were wiped out. However, elsewhere in the Bible, it says the elimination was not successful.” Full marks to the Telegraph for the clarification.  For the complete story visit breakingisraelnews.com. (Fake News Gets Major Blow as Mainstream Media Admits DNA Study Doesn’t Disprove Bible)

There is much in the response Jesus gave when the Pharisees asked Him to silence His followers. “I tell you, if they keep quiet, the stones will cry out!” He said. (Luke chapter 19, verse 40)  And the stones are doing just that!

Archaeological excavation has discovered the ancient city of Gezer was destroyed by fire. Why is that astounding? “Pharaoh king of Egypt had come up and captured Gezer; he destroyed it by fire, killed the Canaanites who dwelt in the town, and gave it as a dowry to his daughter Shlomo’s wife.” (1 Kings chapter 9, verse 16 – The Israel Bible)

Breaking Israel News report, Dr Steven Ortiz of the Southwestern Baptist Theological Seminary has headed the archaeological project in Gezer with Prof. Sam Wolff of the Israel Antiquities Authority. He believes the most recent findings verify the biblical account. “The excavations at Gezer complement the Biblical accounts of Gezer and each dataset helps me to reconstruct the history of the ancient city. As a believer, I am always encouraged to see God’s Word in context,” he said. (Read more at https://www.breakingisraelnews.com.)

The disciples of Jesus came to him marveling at the breathtaking temple court buildings. They had every reason to be impressed. The Second Temple was one of the wonders of the world and it commanded admiration. The disciples were excited. Jesus response must have shocked them. “Truly, I say to you, not one stone will be left here on another stone that will be not thrown down!” (Matthew chapter 24, verses 1-2) In other words, “all that has you gobsmacked right now, will soon be rubble and debris!” Staggering!  Most of the disciples lived some distance from the Temple. Their enthusiasm was sparked by admiration for what must have been a most impressive sight. But Jesus brought them back to consider priorities. He spoke prophetically and as the evidence reveals, very accurately.

Jewish historian Josephus described a Roman soldier taking a torch and throwing it against the exquisite tapestries Herod made for the Temple. “When they caught fire the Romans attempted to put it out, but there was not sufficient water. Somehow the fire was so intense that even the stone took hold and the building collapsed. The Talmud says that it burned not only on the late afternoon of the ninth of Av, but the entire day of the tenth. It was just a raging conflagration,” says a report by jewishhistory.org

In the light of Jesus prophecy, the only piece of the Temple compound left today is the Western Wall, once a part of the Outer Courtyard, so admired by the disciples.

Graham Hancock is a British writer and journalist. I like this comment he made: “Human history has become too much a matter of dogma taught by 'professionals' in ivory towers as though it's all fact. Actually, much of human history is up for grabs. The further back you go, the more that the history that's taught in the schools and universities begins to look like some kind of faerie story.”