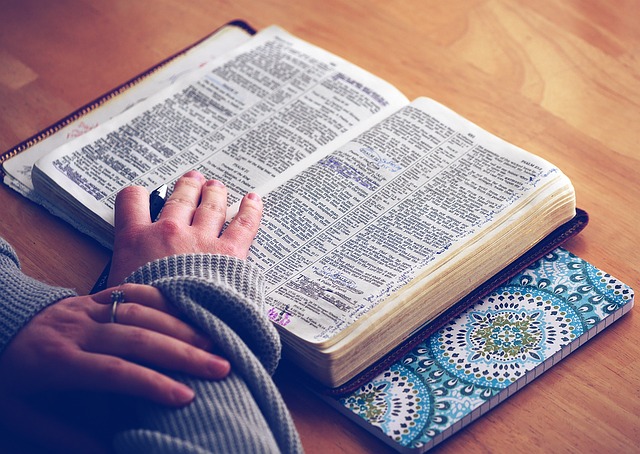 I grew up surrounded by jocular, fun-loving rascals. What a bunch? I remember Gunboat, Lofty, Bozo, Wombat, Crafty, Piggy and Cyrano just to name a few. Of course the biggest bloke in town was called Tiny. My fisherman friend was Hookie.

Australians have always enjoyed the name game. Sir Donald Bradman was The Don. A. B. Paterson named himself Banjo. Our smallest tennis player back then, was Ken Rosewall but we named him Muscles. The Aussie cricket captain was Bill Lawry but he was always Phanto.

We could have great fun making a list of the best Aussie labels but it would be exhaustive. Even Australia is changed to Down Under.

Parents wrestle over naming a child. What will the classmates do with the name? I have prayed with children who were labelled four eyes, spastic, wog and the like. These are names with negative connotations, designed to curse, humiliate and shame.

God Himself answers to many names

“The third century Rabbinic teacher, Abba bar Memel, quoted God, as it were, saying to Moses: “When I sit in judgment on the human race, I am called Elohim. When I war on evildoers, I am called Zebaot. When I recall man’s sins, I am called El Shaddai. When I have mercy on the world I am called YHVH.” (The Book of Jewish Knowledge, By Nathan Ausubel, Crown Publishers, New York)

With English vowel sounds added, YHVH became Yahveh (Yahweh) and appears 6,823 times in the Bible. Within strict Jewish tradition, the name of God, was so holy and mystical, it was never spoken. The instruction is given in the Book of Exodus: “You shall not take the name of the Lord in vain..” Hence YHVH!

Moses changed the name of his assistant from Hosea, which means salvation, to Joshua meaning Yahweh or God is salvation. Even that name Yahweh is interesting. The Jewish people came up with the Divine Name to avoid taking His name in vain. They print God as G-d.

The name Joshua turned out to be much more than a name. Joshua led his people through many battles and his name declared ‘the victory is the Lords.’ Joshua was the chosen one to lead his people to the Promised Land. It is no accident that Joshua in the Greek is translated Jesus.

There is another Bible illustration recorded by the Apostle John. When Peter came to Jesus, the Lord changed his name. Jesus looked at that burly fisherman and said, “So you are the son of Simon, the son of John? You shall be called Cephas” which translates Peter. (John chapter 1 verse 42) The name Cephas is an Aramaic word which means rock. Jesus spoke into the character of Peter and inferred stability, strength and durability which was proven to be very correct, later.

Peter, to say the least, was often impetuous. One commentator described Peter as ‘brash, and probably spoke from the heart, before his head kicked into gear.’ Even with his frailties Christ equipped the big fisherman to become ‘a living stone’ and his great success was in laying the faith foundation for the Church. It was Peter who saw Jesus walking on water and immediately jumped out of the boat and onto the sea. He took his eyes off Jesus and looked at the water and glug! You just have to love his enthusiasm.

I am a great admirer of the Australian poet Henry Lawson. He was so irreligious and he found something in Peter to be inspirational.

I wont want to talk with angels, who have never been Outback.

They might bother me with offers of a banjo - meaning well,

And a pair of wings to fly with, when I only want a spell.

I’ll just ask for old Saint Peter, and I think when he appears,

I shall only have to tell him, that I carried swag for years.

I’ve been on the track, I’ll tell him, An’ I done the best I could.

He will understand me, better than the other angels would.”

(From Saint Peter, By Henry Lawson)

There is something about Peter that connects with us. Jesus found quality in him, and spent special times with His special disciple.

I love the phrase ‘Jesus looked at him.’ (John chapter 1 verse 42) We can only imagine what that ‘look’ was like. What did Peter see in those eyes? In that moment his heart filled with love, confidence, assurance, commitment, encouragement and mountain-moving faith and they all flowed from the very Fountain of Life.

Jesus looked at the heart

Jesus looked at the heart of Peter and saw a rock, a loyal, bold and brave disciple whose faith would inspire millions.

Believers know how perceptive the Lord is. I had my own experience with His insight. After I suffered a fractured skull, I was barred from contact sport. No rugby league for me. As a result I became ‘Horsemeat’ which meant ‘good for nothing.’ I was sent to run track while my schoolmates played footie.

Imagine my response when I read an amazing phrase in the Book of Matthew. Jesus said, ‘Call no man good for nothing!’ Wow! I was stunned, but I knew the Lord understood my situation. (Matthew chapter 5, verse 22)