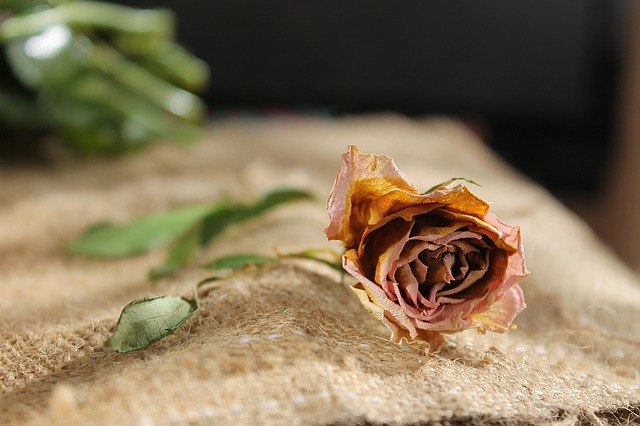 It was the day after International Women’s day and one of my friends presented me with a beautiful pink rose. I beamed with girlish delight as I took it from him but immediately noticed that one of the petals was wilted and shrivelled. Without even thinking about it, I motioned to pluck the ugly imperfection, but was blocked by my alarmed friend saying “No, this rose is you - imperfections and all.”

I chuckled at his overdramatic metaphor and let the flower be. However, it bothered me that I had not even hesitated before attempting to remove the rose’s imperfect petal. Was I still obsessed with the concept of perfection?

Growing up with a birth defect that caused three of the fingers on my left hand to be slightly deformed, I wanted nothing more than to be normal. In my infant mind, normalcy would solve all of my problems. It would prevent people from teasing me and stop them from asking stupid, hurtful questions like if someone chopped the top of my finger off.

However, after God refused to answer my prayers for normalcy, I decided that being as perfect as I could be was the key to distracting people from my alien feature.

As I got older, I mastered the ability to hide my fingers in photos, never lay my left palm flat on a table and make clever jokes when overly observant people uncovered my secret. Yet even though I was able to joke about it, I entered adulthood with a slight bitterness towards women who wore a wedding ring on their perfectly formed, well-manicured left hand.

Though I never considered my desire to have this normal feature irrational, I had not noticed how much my need to compensate for a lack of perfection in one area was affecting my everyday life.

When it came to religion, the very thing that was meant to make me better propelled my thirst for perfection. So, unlike Jesus’ teaching in Matthew chapter 7 verse 3, I was on a mission to pick every speck of dust out of other people’s eyes without paying attention to the plank in mine. Yet, I never saw my actions as judgemental. I was simply on a mission to save everyone around me from their imperfections by pointing them out.

As you can imagine this did not exactly attract people to me but put me in a very lonely situation. Why couldn't they see that I was just trying to help?

The God of Christianity that I perceived was not very involved. He helped me when I asked Him to and sometimes by surprise. However, I did not love him in the way that many Christians talked about but respected and feared him greatly.

Thus, worshipping him was more of an obligatory task and my aim was simply to stay on his good side. So in an effort to do so, I would get mad at myself when I slipped up before he could.

Though I was a Christian, I often wondered how those really intense believers seemed to be so constantly in love with this same God that I could only praise after something really good happened.

The first person I heard comfortably refer to God as “Daddy” was a young lady at my university. She was telling a story about the time that “Daddy” randomly reminded her that she was beautiful. I both cringed with disbelief and longed to have a relationship like that. However, instead of getting to know her better I became annoyed by everything she represented.

It was in this time of bitterness that I realised that my rule driven Christianity was the very thing holding me back from the relationship I wanted with God. Through a sad heartbreak, I also learnt that changing other people was not my responsibility, in fact I was actually incapable of doing it.

The God of the Bible did not by any means expect me to be perfect, he just wanted a relationship with me. That is what the girl who called him Daddy had that I was missing.

With that realisation, the set of religious rules that had once choked me blossomed into a relationship that made me genuinely want to follow those rules, in honour of my Daddy.

The Creator of the Rose

Now, as I look at my special rose with its wilted petal, I am reminded of the place God took me from. Without fear, I can also unclench my left fist to reveal three very special fingers. Each one a wilted petal that my perfect father freed from the self-imposed prison of perfection.

The word of God tells us that we are wonderfully made in the image of our heavenly Father who makes no mistakes. 1 Peter chapter 2 verse 9 also describes us as God’s special possession.

Although it continues to be a struggle, I try my best to place my worth in what God’s word says about me and not what the world says. It might seem a little silly that such a small imperfection dictated the way that I felt about myself for so long.

However, I challenge you to figure out what your wilted petal is, and free yourself from the prison of perfection.