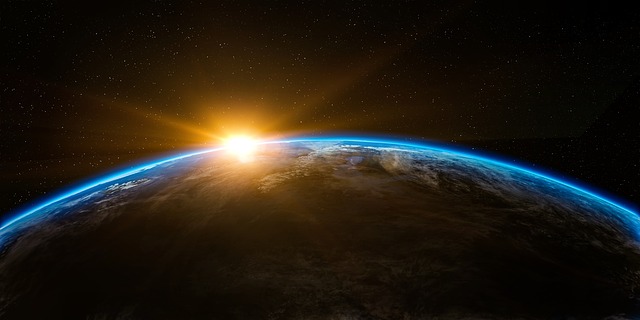 The world is flat!

At least that’s what people believed until Christopher Columbus came along to prove it was a myth. This myth was perpetuated and people were kept in fear by drafting world maps with words like “There be dragons” in the unknown and uncharted realms. Many a sailor was too afraid to venture away from the known sea routes for fear of these monsters.

Yet many scholars prior to Copernicus and Kepler desperately tried to develop trajectories for the sun and planets where they executed loops and back-flips to prove the earth was indeed the centre of the solar system.

Fortunately today we are enlightened and do not suffer from believing in myths that hold us back. We have science and scientific methods based on facts and not emotion to ensure we do not fall prey to myths and lies.

Or do we? Are all of the things we readily accept and believe as truth, really the truth?

After all, it was the scientists and scholars predating Columbus, Copernicus and Kepler who espoused the things we know today are myths. They vehemently fought to retain their myths, even persecuting those who went forward to eventually prove the myths to be false. And some of those people were persecuted to death.

To give an example of a modern myth, consider the theory of evolution. It is still just a theory as it has never been proven to be fact, and thus can be considered a myth. Yet it is accepted and taught as fact, even when there is no evidence to support it and much to discredit the theory. Science has shown many times that there are major flaws in the theory of evolution. But still people cling to it resolutely, looking for a proof that is not in the offing.

For example, science has identified that most of the life forms on Earth came into being during the Cambrian explosion. Life did not evolve over millions of years but all appeared at roughly the same time. Also, if evolution were true, then we would not be looking for one missing link, but would be tripping over millions of “missing links” showing the transitions from one species to another.

Why do people hold to this mythical theory with such fervour? Because they are not prepared to accept the alternate view, that there is a Creator who made everything we see. Sometimes the simple answer is the right one.

But my concern is not about the arguments between Evolution versus Creation. My concern is about faith, and the quality of what Christians believe.

There are “flat earth” myths in the church that have been passed from generation to generation and are blindly accepted as truth when they are not, and they have no foundation in scripture. The foundational teachings of Christianity that teach us how to walk as Christ walked have been subject to years of erosion and replaced by myths.

Some twist the scripture for the purposes of gain or power, and others have emptied the gospel of Jesus Christ of its power. Preachers who reject what the Bible says, teaching myths in replacement of the truth, rob their congregations of the ability to grow in Christ.

Even the Apostle Paul was concerned about myths in the church when he wrote to Timothy about some who held that the resurrection was already past and were upsetting the faith of some believers. But he ends that passage in 2 Timothy chapter 2 with these words in verse 19.

“But God's firm foundation stands, bearing this seal: "The Lord knows those who are his."

Fortunately, not all preachers and teachers of the bible have fallen prey to such things and been caught in the false myths of belief. The Lord has stated that He knows His people and He will protect them.

So what can you and I do about this? At a personal level we must examine our own beliefs, ensuring what we hold as truth to be consistent with the words of the Bible. And at a church level we need to hold our pastors, ministers, priests, teachers and preachers accountable for what they teach, asking them to examine what they are teaching and questioning anything that has no biblical foundation.

After all, the Lord is returning to world that is not flat to receive His people…and that is no myth. 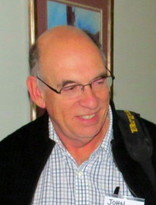