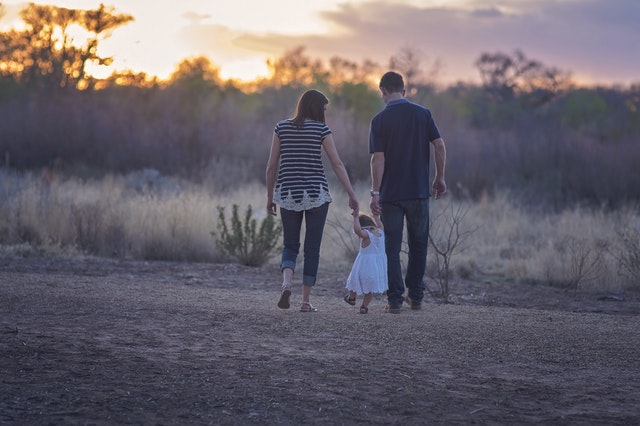 What if children’s talks where not actually for children, but for everyone? I wonder if we could actually make this time a time for everyone. This then made me think of the church service in general. How much of our church service is aimed entirely at adults? The children’s talk is a curious moment, when children are invited into the spotlight, as if to say ‘this moment is for you’. That’s great, but what does that have to say for the rest of the service?

Imagine if the whole time that children were in church, the way the service was run was more inclusive of them, from the first word that was uttered, to the moment when they left. Imagine if the children’s talk, was not a moment that told children this part of the service is for them, but rather the entire service was designed for them. Here are three ways in which you can be more inclusive of all ages while there.

Wherever adults are serving, have a child serve with them.

When you look at the roster of a church, chances are children are not listed on it. There are reasons for this, whether it be complexity of the role, maturity needed, or even safety. How about having children serving alongside the service leader? How about having a child at the door for welcoming, alongside another adult? How about a child helping with the Bible reading, or even delivering a portion of it? If we only do this on ‘family services’ or ‘children services’ then we are saying that children are only in church on special occasions.

Make the children’s talk a time for everyone. Everyone will thank you for it.

Creativity is a hard chore. Thinking up fun ways to do things often takes up more time, and can be seen as an ineffective use of time. What if there was a creative element each week, not only for the children, but rather was for everyone as a means to introduce the big idea of the day? I have often heard of children’s talks ‘stealing the thunder of the preacher’. This only suggests that the person doing the children’s talk, and the preacher, have not communicated. Often adults have said to me ‘thank you for sharing [that concept] in a way I could understand’. That’s because that concept was aimed at the children, yet adults also took away something. This doesn’t mean putting in more ‘adult’ type jokes into your children’s talk, but rather, not making it a children’s talk, making it a ‘primer’. You are priming everyone to hear the word of God. You are getting everyone ready to remember what the big take home idea will be, or at least introducing them to it. Now straight away, the question comes out: ‘We are talking about different things, the kids and the adults have different material’. This is where I am coming to with my third point.

At the end of the service, invite everyone back in, and remind everyone what each group has learned.

There is a classic saying in communication: ‘Tell them what you will tell them. Tell what you want to tell them. Tell them what you told them’. It’s the idea that if you tell people in three different points what you are saying, they are more likely to remember it. Not only is this reflected in a talk proper, but also in a service. We tell people at the start of the service, in a creative way what we will tell them. We tell them in our teaching times what we tell them, then at the end of the service, all come back in, and we tell them what we told them. This way, everyone has had a creative way to hear about the message. Everyone has heard about what the big lesson is in his or her times of learning, and then when everyone comes back, each hears what the other has learned.

These three steps not only include all ages in teaching, but it also helps people talk about it on the way home. It gives people a better chance to remember what they have heard, as not only have they heard it in their talks, but they have seen it expressed creatively, and also been reminded of the main idea at the end as well.

Stephen Urmston is a full time puppeteer and performer that shares the good news of Jesus all over Australia. He has 18 years of experience in children’s ministry and has been a children and families minister in South Australia, Victoria and Queensland. Stephen loves Jesus, and loves being creative, and especially loves when his two loves combine, turning into some kind of super powered passion!

Stephen Urmston is a full time puppeteer and performer that shares the good news of Jesus all over Australia. He has 18 years of experience in children’s ministry and has been a children’s and families minister in South Australia, Victoria and Queensland. Stephen loves Jesus, and loves being creative, and especially loves when his two loves combine, turning into some kind of super powered passion!