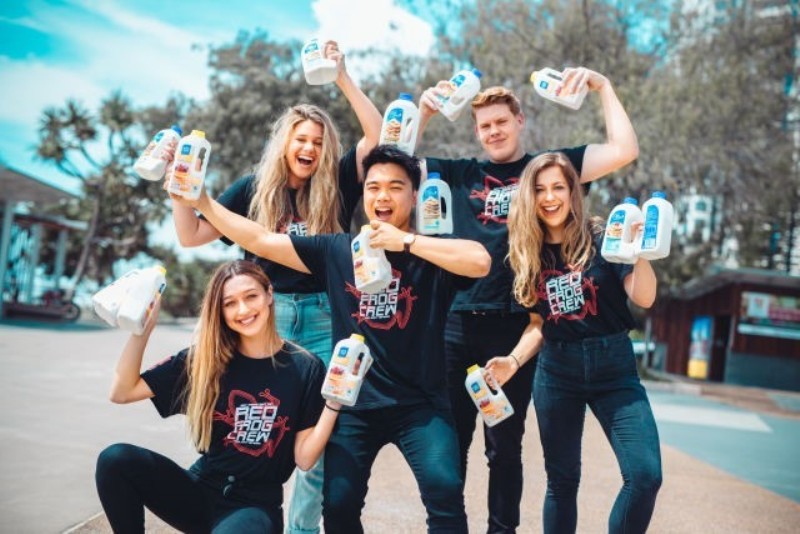 To restore dignity is something you can’t really put value on but something everyone highly values. Dignity is about more than just keeping someone’s confidentiality or having someone’s back even when it’s behind their back, but it’s restoring their value. I’ve been watching how the Red Frog team have been doing that over schoolies (school leavers) week, I love schoolies week for that. Red Frogs are out there at all hours of the night restoring dignity to every graduate they can find.

Why does that intrigue me so much?

I think it’s because it’s a similar feeling to getting promised a nice meal out one night, and the meal was great, but the restaurant throws in a discount and a free dessert! It’s unexpected, it’s what you’d really want but you don’t expect that to be someone’s reaction. Red Froggers see Schoolies in their most vulnerable situations, messy, often drunk, careless and making terrible decisions.

At this, most of the world would turn up their nose but the Red Frogs jump in and give them a person that believes in them, a person that can get them help, a person to spend time with!

The Frogs are there not to judge and point, but to help where they can and make people who feel vulnerable, end up feeling valued. We see this and it all looks good, we applaud our Froggy friends and pray for our schoolies, but what does that look like for us?

Can we do that in our day-to-day lives?

We can go to work, spend time with friends and family, learn new skills, new knowledge, about new people and miss opportunities at every turn to restore dignity. I think it’s important to ask ourselves, “Am I reminding the people around me that they’re valued?”, “Am I taking more opportunities to gossip about people behind their back, or to uphold their reputation behind their back?”, “How would I want someone to respond to this situation if it were about me?”.

We don’t have to walk the streets each night looking for someone who wants to be walked home to respect and value people, but we have opportunities all around us. When someone treats me with dignity even when I know I don’t deserve it, it reminds me that God puts a higher value on me than I put on myself.

To remind people that God values them every day is far better than not laughing at someone’s joke because you don’t like the comment they said earlier, than not helping someone move in because they never helped you, than shaming someone for a decision they’re already beating themselves up for.

We may feel like they deserve this but do they really?

I’ve been reminded of the story in Hosea where God tells the husband (Hosea) to remain faithful to his wife (Gomer) even though she was publicly known for being an adulteress. Despite Gomer’s unfaithfulness, Hosea is to go out and find her, pay off her debts and commit his love and faithfulness to her.

The Bible is very clear that the woman, who is a representation of us, is rebelling against God in every way and still he says: “I will betroth you to me in righteousness and in justice, in steadfast love and in mercy.” (Hosea chapter 2, verse 19).

We can look at this story and see God as a vengeful and judgemental God, but although God does bring his justice on human evil, his ultimate purpose is to heal and to save his people.

I can look at my life, at my mistakes and disobedience and look at the judgement of God as my compass. It’s something that I can point to and see how wrong and dirty I really am, but that would be missing the point of redemption. The picture of Hosea committing faithfully to an undeserved bride isn’t just a touching story, but it gets personal when we remember that Jesus’ purpose was to make a covenant of grace and faithfulness with us, his bride.

We’re not too far away from him to be worthy of his forgiveness because we were never worthy to begin with. Jesus loves us and restores us with an undeserved, unconditional love. He restores my dignity.

What the Red Frogs are doing with our schoolies is nothing short of heroic. Sacrificing their time and effort to show that they believe in the next generation of people. Let’s not wait for schoolies week every year to show people how undeserving we all are of God’s mercy, and restore a person’s dignity. It may not feel deserved, it may not be expected, it may not be easy to do, but Jesus restores our dignity in full so that we can restore other’s.

“…and those members we consider less honourable we clothe with greater honour, and our unrepresentable members are clothed with dignity.” 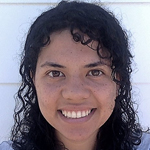 Rochelle Ross lives on the Sunshine Coast, Australia. She loves people, the moon, dirty food and Jesus and is very passionate about seeing young people know God. She loves a great story and one day wants to write about people’s lives and achievements.

Rochelle Ross lives on the Sunshine Coast, Australia. She loves people, the moon, dirty food and Jesus and is very passionate about seeing young people know God. She loves a great story and one day wants to write about people’s lives and achievements.