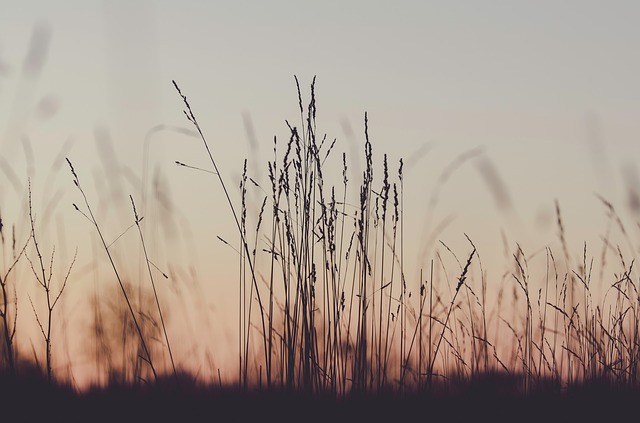 When I was a local church pastor, before taking on my current role in aid and development, I preached a sermon in which I made the statement, “Jesus himself was poor.” I made this comment as I sought to show how Jesus cared about the poor, but was challenged by a congregant who didn’t agree with the statement. So, was Jesus poor, or not?

I think most people can see that what I was trying to say was that Jesus had few material possessions whilst on earth. He had no residential address (Matthew chapter 8, verses 19 and 20) and, at times, presumably relied on the generosity of those he taught for his food, just as he asked his disciples to do (cf. Matthew chapter 10, verses 9 and 10, and Luke chapter 10, verses 6 to 8.)

But does Jesus’ minimalistic philosophy mean that he was ‘poor?’ Probably not.

Although we often link being poor with having a low fiscal position, there is warrant for understanding poverty in a broader way.

We can define poverty as a deficiency in one or more of humanities’ key relationships: with God, with self, with others, or with creation (as I discussed in my last article, which can be found here). By this definition, one can have few material possessions and not be ‘poor’ if their key relationships are thriving, as Jesus’ were (cf. John chapter 14, verses 9 to 11; Mark chapter 14, verse 36; John chapter 13, verses 34 and 35; Colossians chapter 1,verses 15 to 20). In fact, Jesus’ lack of material possessions actually speaks of his wealth, not his poverty.

In Matthew chapter 6, verses 19 to 21, Jesus tells his listeners not to store up treasures on earth, which will inevitably decay, but to store up treasures in heaven, which will last forever. Christians are only temporary residents in this world (1 Peter, chapter 2, verse 11), for our true home is in heaven (Philippians chapter 3, verse 20), and so we should store up our treasures there, not on Earth. Therefore Christ, our example, lived a lifestyle of one who was a temporary visitor, and as such had very little by way of material possessions.

Jesus was not interested in the wealth that the earth could offer, because he had a far greater reward awaiting him in heaven: A seat at the right hand of the Father (Hebrews chapter 12, verse 2). Jesus did not lack material possessions because he was poor, rather he lacked them because he was so rich that he didn’t need them. His lack of material possessions testified to the value of his wealth stored up in heaven.

For me, the thing that testifies loudest to Jesus’ richness in heaven is the concept of the borrowed tomb. During my sermon, I mentioned that Jesus’ poverty was shown even in the fact that he was buried in a borrowed tomb (cf. Luke chapter 23, verses 50 to 56), but actually, this borrowed tomb points to the fact that Jesus knew he was a mere visitor: he had no intention of staying in that tomb anyway! Why own a beautiful, exorbitant tomb, when you know you will leave it behind for heaven soon after entering?

Our wealth is our poverty

For those of us in affluent countries, our affection for material things here on Earth draws our eyes away from heaven, and the treasures we should be storing up therein. The more we focus on building up treasures on earth, the more our poverty increases in heaven. Where our heart is, there our treasures will be also (Matthew chapter 6, verse 21).

I know some readers will be thinking ‘I know all this already,’ but if we know it, why don’t we live it? As a fundraiser, people often ask me, “Why does everyone want to take my money away?” Such a question betrays our love of money and earthly things.

I’m not saying we should be silly about it. I agree that part of being a good steward of our finances means using them on houses for shelter, and cars for transport, and food for sustenance, but the questions we each need to honestly ask ourselves is “Am I using ‘stewardship’ as an excuse? Am I saying, ‘I’m just being a good steward of my finances”, when actually I am just being selfish and exorbitant by building a beautiful tomb for myself here on Earth?

Was Jesus poor? No, I don’t think so; I think he was abundantly rich where it counted: in heaven. But out of this we have to ask, are we poor? Very possibly, for we can easily be distracted by treasures on Earth that will not last, for a poverty in heaven that will.

Brent is the Queensland State Representative for Baptist World Aid Australia and is a registered pastor with the Baptist Union of Queensland. He completed a Bachelor of Theology with honours in New Testament through Malyon College in Brisbane, where he now lives with his wife, Jane. Brent loves his job, seeing it as an opportunity to be a prophetic voice for the often spiritually poor and comfortable, Western church.

Brent Van Mourik’s previous articles can be viewed at