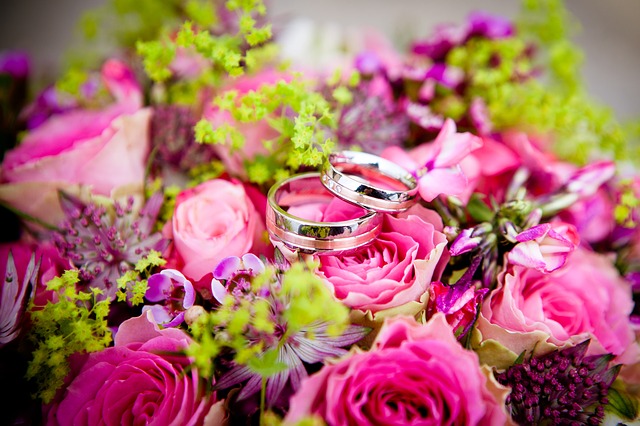 Hooray! You're engaged! Congratulations! So happy for you both!

This is then followed by an influx of text messages, phone calls, Instagram & Facebook well wishes from family and friends, and a dopamine high that lasts for a few weeks at the very least!

It is such an exciting time in a young woman or man's life, and as it should be!

The start of this year was filled with friends’ weddings, a new job and a proposal and by golly have I been on one heck of a roller coaster ever since.

Intended from the beginning of time

Finding the person you would love to spend your life with is something to be overjoyed with. Society may call it a rite of passage or the logical next step in a serious relationship, but I would like to think about this season of life as one that God intended from the beginning of time.

In Genesis 2, God said ‘it was not good for Man to be alone’ however after God formed animals from dirt, it was clear that a suitable companion couldn’t be found, so it continues in Genesis 2 verses 21 - 25 (MSG) as the Bible says,

"GOD put the Man into a deep sleep. As he slept he removed one of his ribs and replaced it with flesh. GOD then used the rib that he had taken from the Man to make Woman and presented her to the Man.

The Man said, “Finally! Bone of my bone, flesh of my flesh! Name her Woman for she was made from Man.” Therefore a man leaves his father and mother and embraces his wife. They become one flesh. The two of them, the Man and his Wife, were naked, but they felt no shame.”

Even in the Garden of Eden, God’s intention for marriage was profoundly clear. So despite the excitement of the actual engagement, the past five months or so have been nothing short of mind-blowing to learn how much God talks about marriage and learning how he intended it to be.

After countless hours, planning and meeting vendors and writing lists, I know that wedding planning entails a great level of organisation, time and forethought; however as I was recently reading a book on marriage I was shocked and amazed at a statistic that said that most couples spend more time planning their wedding day, than they do preparing for their marriage!

Preparations for marriage or the wedding day?

On average, a bride can spend 36 days (aka 864 hours) planning a wedding but often the marriage preparation of real life couple aspects such as conflict resolution, finances, communication, roles and even spiritual beliefs are far from dinner discussion topics unless it is an intentional aspect of a couple’s relationship.

After discussing with our pre marriage counsellors from church, I found that these areas aren't just a good thing to do, but are extremely foundational for a strong marriage, especially now where it is said that one in three marriages are ending in divorce.

So then, how can we go into a wedding season not just focused on planning the special day but pay particular attention to preparing for marriage?

From the beginning of time til the end of time, God has cap-stoned humanity with this concept of what is his intention of marriage.

“Wives, submit yourselves to your own husbands as you do to the Lord. For the husband is the head of the wife as Christ is the head of the church, his body, of which he is the Saviour. Now as the church submits to Christ, so also wives should submit to their husbands in everything. Husbands, love your wives, just as Christ loved the church and gave himself up for her to make her holy, cleansing her by the washing with water through the word, and to present her to himself as a radiant church, without stain or wrinkle or any other blemish, but holy and blameless. In this same way, husbands ought to love their wives as their own bodies. He who loves his wife loves himself.”

Here we find that marriage was and is meant to be a reflection of Christ and his Bride, the church. In a marriage we find ourselves in the closest human connection and relationship where we ought to come as our true open selves and we make vows to love one another unconditionally - a true reflection of how Christ has loved us and gave himself for us.

Marriage is a lifelong learning and as a young woman who will be married in less than three months, I know it is one that will come with its own challenges and lessons which I am preparing for in advance to have some understanding of. In the same way I want to look my best on the wedding day - so too should my character, integrity and heart from the inside be ready and with a stance toward my future husband and Christ.

“Let us rejoice and be glad and give him glory!

For the wedding of the Lamb has come, and his bride has made herself ready.”

Here we find that the bride, the church, has prepared herself to be united with Christ and in the same way, I ought to be purposeful in preparing myself for marriage with my future husband because it is something that requires my attention, my heart, my focus - as a lifetime together is far more important than a beautiful wedding day after all. 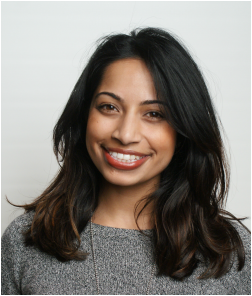 Meenal Chandra is one of the Sydney-based writers who is getting married!

Meenal Chandra previous articles may be viewed at