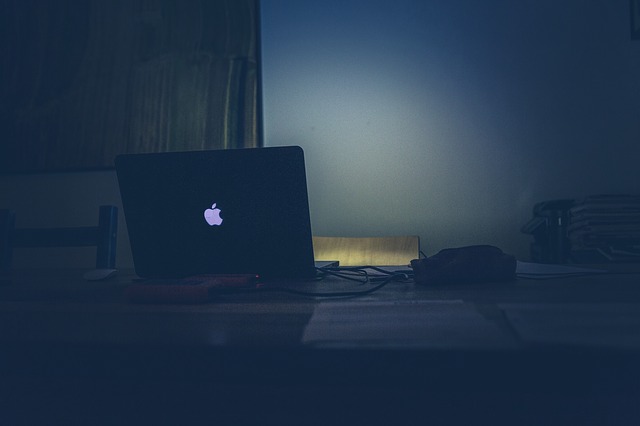 There is something insidious that has been making its way, creeping and crawling, into the lives of our young people, families and loved ones.

It is made socially acceptable by popular TV shows, laughed and joked about as embarrassing work place incidents by world renowned comedians, popularised and idolised through music videos and celebrity Instagram accounts, and can be found hidden between the pages of a trending teen’s fiction novel – not to mention the screens that are on display in the lounge room or study, and the screens that are hidden expertly in bedrooms.

Pornography is derived from the Greek word porneia meaning ‘to sell’. Originally this term was applied to harlots and prostitutes who were selling their bodies for profit, however, overtime, porneia was transferred over from the harlot or prostitute to the man or women visiting and paying for these services.

The question now becomes: ‘What was the visitor selling?’ It cannot be disputed that as Christians living in this ‘foreign’ land, we are assaulted with worldly thinking and culture on mass scale – to make the connection that trading, at a spiritual level, takes place as a result is not too far a leap.

So, what are we trading? Or better yet, what are our young people, in ignorance, selling or trading at a spiritual level when they’re watching, reading or listening to pornography?

Let’s not be naïve, pornography is more than what can be watched on a screen. According to Focus on the Family, a Christian organisation based in Canada with a heart for seeing families strengthened and restored, pornography is anything designed to cause sexual arousal – whether it is a book, a movie, a song or even a podcast or audiobook, if it is causing sexual arousal, it is pornography.

Part of the problem we face as educators, parents, ministers, friends and loved ones is that too often pornography is pigeonholed as an ‘internet’ issue or, and perhaps more damagingly, as a ‘male’ problem. The obvious concern here is that we’re trying to treat one arm of a many tentacled beast – pornography is more than what is on a screen and is affecting more than just one gender or even one age group.

In March 2016, a report titled ‘Harm being done to Australian children through access to pornography on the Internet’ was submitted to the Australian senate. Of many points of interest was the statement that children are being exposed to pornography not just intentionally, but also accidentally.

It might have happened at a sleep over when your child’s friend was playing on big brother’s/sister’s iPad and accidentally clicked on the wrong link, or it might have happened when your teenage son was sent a nude photo of a girl he didn’t know – these are real world incidents that happen more frequently than you would think. The report goes on to discuss the impact of pornography at many levels:

A New Zealand study concluded that the more pornography is viewed by an individual, the more normalised the sexual relationship depicted on-screen becomes in reality > as so many pornographic scenes depict men in aggressive and violent acts against women, women who view pornography are more likely to experience sexual victimisation than those who don’t.

Frequent consumption of pornography changes the way some men perceive women and interact with them, leading to ‘by-stander’ behaviour in cases where women are raped or sexually assaulted.

The Cyber Violence Against Women and Girls report released in 2015 makes reference to the liberal use of mobile phones amongst young people, specifically girls, and states, “…those targeted or indirectly implicated are getting younger and younger – with children as young as 5 or 6 years of age now exposed to cyberbullying and online pornography – sometimes of the most extreme kind.”

Freda Briggs, Emeritus Professor at the University of South Australia, makes clear that, ‘exposure to pornography and associated trauma or influence is the first significant explanation for children sexually abusing other children.’

These few statements provide a worrying snapshot into the school playgrounds, bedrooms and future relationships of our young people. Pre-teen and teenage boys and girls are being over-sexualised and over-stimulated and please make no mistake, this is not a ‘non-Christian’ problem.

As a Christian educator it has been my experience that it is those students, male and female, who come from Christian homes that can sometimes find it the hardest to come forward and seek help… because they’re meant to be good Christian’s and know what sin is and stay well away from it. Or maybe because in their family that sort of topic isn’t discussed.

Ecclesiastes chapter 1 verse 9 reminds us that ‘there is nothing new under the sun’, therefore the connection that pornography has been around for a lengthy period of time and is not a new condition in the human experience (Christian or non-Christian) is entirely correct.

However, let’s be clear that its lengthy presence is no justification and while we’re at it, let’s still be clear on the fact that sin is sin. If I was a pastor of a congregation, it would be at this point that I would be asking you to open your bible and flip to 1 Corinthians chapter 6, verse18 and be reminded on the one sin we are told to flee (run away from!), ‘Flee from sexual immorality. Every other sin a man can commit is outside his body, but he who sins sexually sins against his own body.’

I guess that bring us back to the question, what are we trading? What are our young people selling and trading at a spiritual level in their ignorance?

I might boldly end this entrance by making some recommendations:

1. De-mystify the ‘P’ word > talk about it and be real about it because if your child has a device, chances are very high that they will probably already have been exposed to pornography in some form. *I should stipulate that age-appropriate discussions are important.

2. Have a chat about compromises/trades that we make and the spiritual implications > maybe even bring up the fact that we are mean to be counter-cultural, not consumer-cultural.

3. Put some strategies in place for where and when devices are used, how to handle situations where people want to show your children something that might be pornographic.

4. Probably don’t rage out if your child discloses that they are having problems with pornography addiction > if they’re talking about it, they are desperate for help. If they’re not talking about it but it’s something you suspect might be going on, a good idea would be to talk to their school psychologist or your pastor about how to approach this topic with them.

http://static.westside.webfactional.com/abundantLife/092002/3.html (Westside church of Christ ‘What is Porneia?’)

https://www.focusonthefamily.ca/about/who-we-are (Focus on the Family) 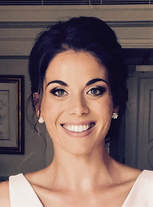 Janna Mills is a 29-year-old Christian and educator from Queensland and is excited to be marrying the second greatest love of her life in July, 2018! Her interests include reading, writing, eating, the beach, travel and connecting with young people who are trying to walk out their love and relationship with Christ in a middle school setting.

Janna Cutler (nee Mills) is a Christian and educator from Queensland who married the second greatest love of her life in last July,. Janna's interests include reading, writing, eating, the beach, travel and connecting with young people who are trying to walk out their love and relationship with Christ in a middle school setting.

Janna Cutler’s previous articles can be viewed at: