You cannot put a price on what our volunteer firefighters deserve during this Summer’s bushfire crisis.

In New South Wales volunteer firefighters are entitled to compensation for up to $6,000 for any lost income they had accrued during their time selflessly putting their lives on the line.

Three volunteer firefighters have sacrificed with their lives. No amount of compensation will fully do the justice to the sacrifice that they made, which is why I am proposing that yes, they should be entitled to financial compensation for their troubles—I reckon they deserve a far greater honour.

The 2020 Australians of the Year

To tell you the truth I would not be able to tell you who won the Australian of the Year last year off the top of my head.

A quick google search revealed that it was Dr Richard Harris who was part of an International team that helped rescue a group of boys and their soccer coach from a Chaing Rai cave. Rightfully he should be the Australian of the Year, he is a hero.

Well let’s continue that theme and break with convention. Instead handing out individual awards when there are millions of unseen people in this country who would be just as entitled yet get no recognition.

To me the Volunteer Firefighter fits that bill.

I was horrified to learn the other week that most volunteer Firefighters are not even compensated for out of pocket expenses.

They even have to crowdfund for basic equipment such as smoke masks.

This is a shameful blight on our State Governments particularly our Government in New South Wales that don’t even pay for the service they provide.

These volunteer firefighters already give their time to serve their community and their nation, they should want for nothing.

However, we can give them this, every person involved in a Rural Fire brigade across this nation is the Australian of the Year.

They are the unseen heroes that deserve this award as much as anyone.

I am well aware that we already have nominees and they will have their flights booked for Canberra to see if they are the Australian of the Year. But these are exceptional circumstances, this bushfire crisis has gone over the world.

Donations from as far as Scotland have come into the NSW Rural Fire Service, why shouldn’t those who are on the frontline get our highest honour?

To the nominees you deserve your recognition, maybe even be nominated again in 2021.

But in the worst bushfire crisis quite frankly the world has ever seen, where over 1,000 homes have been lost, billions of animals are feared perished and 20 people dead. The people fighting this tribulation deserve the highest honour in this country.

Who accepts the award?

I would not care who, as long as one of them did.

Plenty of people have suggested NSW RFS Commissioner Shane Fitzsimmons gets the honour of Australian of the Year.

While I praise the way he has provided a calm voice on our television screens and no doubt the emotion he showed when he gave a posthumous medal to the children of two of our Volunteer Firefighters who lost their lives, no doubt shows the man is a statesman.

However, he is a public servant, if we were to handout Australian of the Year medals to public servants what is stopping our politicians getting one?

This award is to the volunteer who selflessly puts their lives on the line to keep us safe.

I however would love that honour to go that gentleman firefighter in Cobargo who would not shake the Prime Minister’s hand?

I am sure he would on a stage in Canberra accepting the Australian of the Year.

If you feel as strongly about this as I do. Please write to the Prime Minister as I will, his details are below. 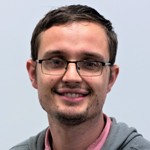