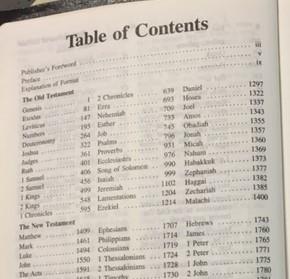 Hebrews chapter 4 verse 12 English translations speaks of the Bible as being alive / living. This web site provides a list of comparable translations of verse 12. And, central to Christian thought is this idea - (with the aid of the Holy Spirit) - when reading the bible it's alive and living – to what end? Jesus' Salvation - front and centre.

This Sunday 5 March the Bible Society celebrates 200 years of operations and we acknowledge all those including me who love the Bible. It is imperative that we understand what is the Bible and steer ourselves away from ideas that would misrepresent the Bible.

Therefore, 'What is the Bible'? The early church recognised all but one of the current Books of the Bible – 39 Old Testament and later 27 New Testament = 66 Books of today's Bible. By the second century the Book of James was confirmed for inclusion in the New Testament, the reason for this delay was James' emphasis - 'faith without works is dead'. Simple, yes and no. It's obvious, yes. But no, Salvation is by 'faith'.

Martin Luther in the 1500's changed forever the nature of the Bible when he translated it into lingua franca (the German language) in order for ordinary people to be able to read it. The story of the Bible being translated into other common  languages of groups across the world is full of drama, politics and murder. One example of the Reformation, resulted in the Bible being translated into English and many English people came to faith in Jesus Christ by reading its pages.

I can refer to my May 2011 article on the 400th anniversary of the King James Bible. The ABC Religious Affairs Compass program documentary on Sunday 1 May on the King James Bible of 1611 entitled "When God spoke English” highlighted this amazing story.

The making of the King James' Bible brought to light a number of fascinating aspects of its translation and final preparation. One of these final checks - it was read aloud - as it would be read aloud in church each Sunday.  In fact, some of the panellists for the annual Basil Sellers Young Writer prize in this publication advocate that the writers read their articles aloud before submitting them for publication.

Sometimes words were substituted to ensure the sound of the language flowed, and this remains a hallmark of the King James Bible of 1611. It facilitated its poetic quality and ease of memorisation, which generation after generation has engaged in. Moreover, in 2011 hard copies of the King James Bible of 1611, celebrating its 400th anniversary, were selling like hot cakes and might have kept the book industry afloat. 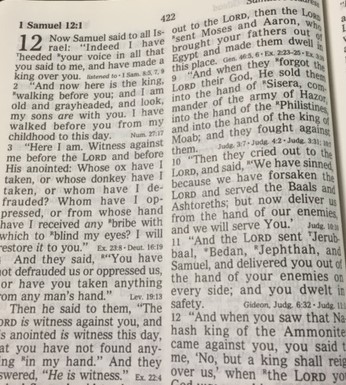 What then is the Bible?

It was written on parchment for over 1500 years and today in museums and universities are many thousands such copies and part sections of the Bible. The accuracy of all these from across the Christian world remains a hallmark. Gutenberg’s printing press of 1440 made printed multiple copies possible and inexpensively so by the Reformation there were printing presses throughout Europe.

There are millions of personal testimonies down through the ages - when this bible was read - its words - its message – its power – turned lives around.

It is said that in the last month of the Battle for Stalingrad in January 1942, German soldiers were calling for air drops of Bibles. Many a prisoner has sought a bible. For those persecuted and incarcerated for following Jesus, their closest companion has been their bible. I have read many stories from the Voice of the Martyrs where a bible had been smuggled into a prison and the pages were torn out shared around.

What is it about the Bible that creates all this human energy? Why have people come alive with a whole new world-view that has changed the very sinews of many a nation's soul? History is replete with stories of this change, time after time.

The message contained in the bible is of Jesus' Salvation and how that story unfolded through the Old Testament to the first century. It is so powerful and life-changing, and for many it is so dangerous that it can become political dynamite. Some national leaders end up doing all they can to destroy not only the Bible but those who believe in Jesus.

The bible is like a two-edged sword; it is never about ‘either’ Jesus Christ ‘or’ the Bible. It is not a case of one or the other. Rather it is the Bible understood through Christ and Christ as revealed in the Bible. This dichotomy is central to Christian thought. It is the heart of the Gospel. It speaks to the soul, It has an unseen and super-charged conquering power. It's world view brings uncharted territory to everyone who first encounters it - and who can fathom this?

Another dichotomy is that this Bible message is a balance between forgiveness and accountability. There has been in recent years a push to replace this for a 'love alone' Bible – but 'love alone' does not bring Salvation, a point made by Karl Faase 'Olive Tree Media' at the Australasian Religious Press Association annual conference last year. Seeking the Lord's offer of Salvation in repentance does. It's specific.

Protestantism provides clear affirmation of the primacy of the the Bible in shaping faith and ordering character. But it places Christ and his teaching as the lens through which we must always read and come to understand the Bible. 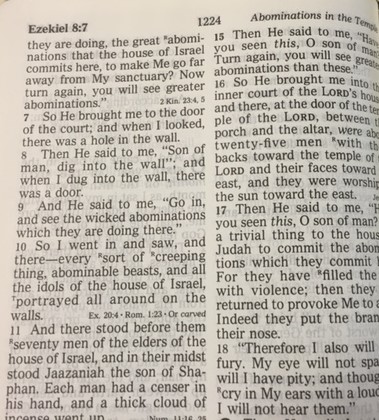 Getting theological, Jesus being the ‘Word’ as in John 1, does not proscribe the bible being God’s word – the bible is with us - and we acknowledge that it's message is conveyed to us through the Holy Spirit. Once anyone starts to try and separate these you get into trouble. Rather than the Cross and the Resurrection you get a message about love, a watering down (a love down) of the Bible's Salvation message.

An example of this comes from Church history. Marcion in the 2nd century (144AD) championed the New Testament as superior to the Old. The long and the short was his teaching was deemed as being non-biblical. Remember Jesus' words of the Old, not one iota was changeable. It's a theological dichotomy again.

Again, today, another example, think of how many ordinary Christians are being martyred. 1 every 6 minutes at the hands of Muslim extremists. 90,000 per annum. We've all seen the news videos of ISIS beheading believers in Jesus. And, we're hearing hundreds of thousands of stories of Muslims becoming Christians and how? Through dreams where Jesus speaks to them. What then – they'll do anything to get their hands – on a Bible. 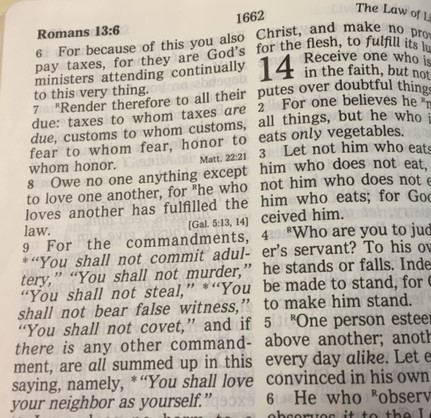 What is the Bible?

Again, Hebrews chapter 4 verse 12 speaks of the Bible as being alive / living. Central to Christian thought is this idea - with the aid of the Holy Spirit - when reading the bible it's alive and living – to what end? Jesus' Salvation front and centre.

The uniting factor of Bible Societies around the world is a love of the Bible and a passion to get the Bible into the hands of people throughout the world to read it themselves. Jesus' offer of Salvation is it's central focus.

Yes, we are Christians, Christ died for our sin. We are not Biblicists in the sense that the Bible did not die for our sins. This is another of those mysterious dichotomies which one day we will see clearly. 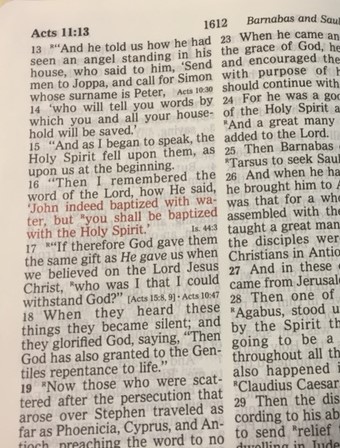