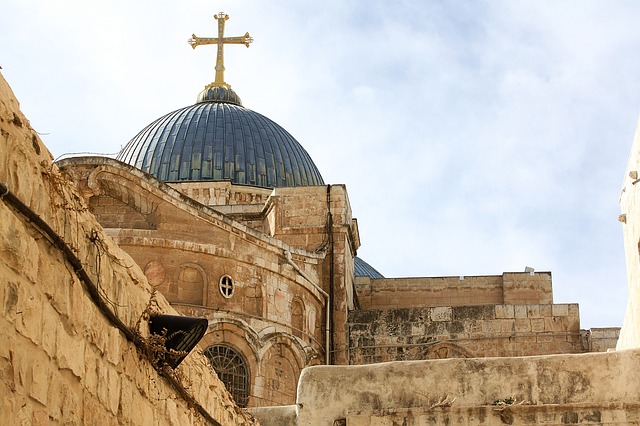 Israel in the Old Testament

The Israelites are of great importance in the Old Testament, which comprises over half of the Bible. Not only do their characters star in the Old Testament, but they are also mentioned numerous times in the New Testament. So, what’s the big deal? Why does God talk about them so much? Does God love them more? Are they special?

Growing up reading the Bible, the Old Testament seemed irrelevant. It contained laws and characters and stories I had difficulty relating to. Unlike Noah, God wasn’t asking me to build an ark to save my family or unlike Moses, I wasn’t called to lead a group of people to a ‘land of milk and honey.’

I was a girl living in the 21st Century, who grew up in Church and heard the Bible stories, but didn’t know how the Old Testament or Israel should fit into the story of Christianity. It seemed to me like God had a group of favorites He was willing to protect them at all costs. Where did that leave me? Was I better off if I was an Israelite? How could my life relate to them? Or could it? I kept thinking, what’s the big deal?

A year ago, I took a 3-month intensive Bible course where we studied the Bible from front to back and learned about the bigger story. Finally, things began to come to light. I started to understand the reason for the Israelites and envisioned myself in many of their shoes, as I found myself relating to different characters.

Here’s what I learned.

God’s heart is for all people to know Him, for all people to understand His character and nature. His intention was to reflect Himself through Man. This is shown in the beginning. In the Book of Genesis, man was created in the image of God. God is so infinite, that his character could not be expressed in one person. God, in Himself, is relationship. Father, Son and Holy Spirit. So God decided to reflect Himself to the world through a group of people and allow His blessings to flow through them. Those people were called the Israelites.

Even though God had chosen a Nation, Israel, to reflect Himself, He was still inclusive.

Take the story of Rahab for example. Rahab was not an Israelite, but she protected God’s people, and did what God was asking of her. In return, God included her in His family, literally. She was part of Jesus’ lineage.

There were many laws regarding aliens and sojourners living among the Israelites, they were meant to care for outsiders and show them hospitality. Again, God was being inclusive.

As early as Genesis 13 we see God command Abraham to go and walk through the land. Not to stay planted, but to go and explore and meet other people.

It was the Israelites who were exclusive, not God. They thought they were God’s favorites and wanted keep the blessing for themselves. God’s promise to Abraham in the beginning was “You will be blessed, to be a blessing.” Israel missed it, they thought they were “blessed to be blessed.” God’s intention was for the blessing to flow through the Israelites, not stay on them.

Everything about Israel was strategic. Their location on the coast allowed ships to come in, pass through Israel and encounter God, or see a reflection of His character and nature through the Israelites, then go to their homeland and spread the news about God.

Then came Jesus. As Jesus was visiting the Temple in the New Testament, He finds corrupt people making unfair deals and he responds by overthrowing their tables. One of the reasons He’s so angry is because the Courtyard was the closest place Gentiles (non-Israelites) could be to the presence of God (which was found in the Temple) and people were seeing a poor reflection of God.

Time and time again, Israel missed it. They thought God was only for them and they turned in on themselves, similar to the rest of Humanity.

In the Book of Acts, God’s presence comes upon all people: Jews (Israelites) and Gentiles. People were confused because they thought God was exclusive and was only for Israel, but God brings His plan to light.

His heart was always for all people everywhere.

Romans Chapters 9-11 talk about Israel’s rejection of God, and God’s subsequent offer of salvation to all people. Chapter 11 verses 11-24 give the analogy of Gentiles being grafted into an Olive Tree and becoming part of God’s family.

At the same time, God has not forgotten Israel and has extended salvation to them.

Now, the task of reflecting God’s character and nature is not solely upon the Israelites, but has been extended to all Christians as we carry the presence of the Holy Spirit. May we learn how to be blessed to be a blessing and allow God to bless others through us! 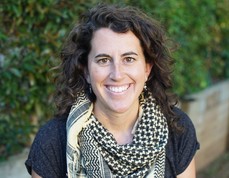 Laurinda is a missionary at Youth with a Mission in Brisbane where she leads a discipleship program for young adults. On her day off you can find her hiking up a mountain or swinging in a hammock.