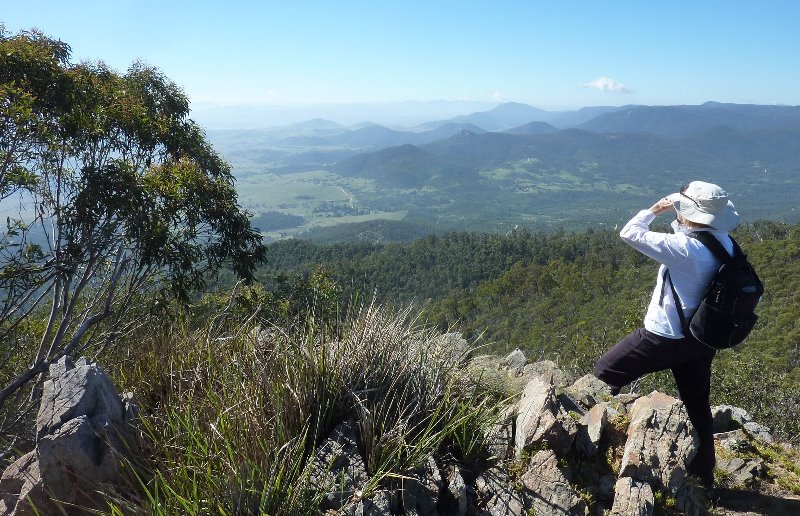 I blame my husband for my love of bushwalking. When we were first married we went on a bushwalk with a group in the Snowy Mountains, in the first weekend of January (ie hot summer). We were going to take three days: camp at Blue Lake, walk the Main Range, come back to camp and walk out on the third day.

We woke up on that first morning in a blizzard: sago snow (tiny pellets) almost horizontal, with visibility about one metre. Needless to say, we found the track and walked out, camping at a campground for the next two days.

That was more than 40 years ago. I was carrying an old H-frame Paddy Pallin pack, and our A-frame tent had no floor, just a ground sheet.

Yet none of that put me off. In fact while I was teaching, I took out countless groups of students, teaching them bushwalking skills and the beauty of being in the bush. It’s not really safe to go out in the bush by yourself, so these students found themselves being guinea pigs whenever I wanted to explore new territory.

The satisfaction of self sufficiency

You carry everything you need to survive for two, three, four, whatever days, on your back. It’s very encouraging to know that you can rely on yourself and cope.

This includes not allowing mum to pack your pack! Firstly because you won’t necessarily know where she put everything and secondly because she will worry you won’t cook your sausages properly and will include the huge cast iron frying pan that is far too heavy. 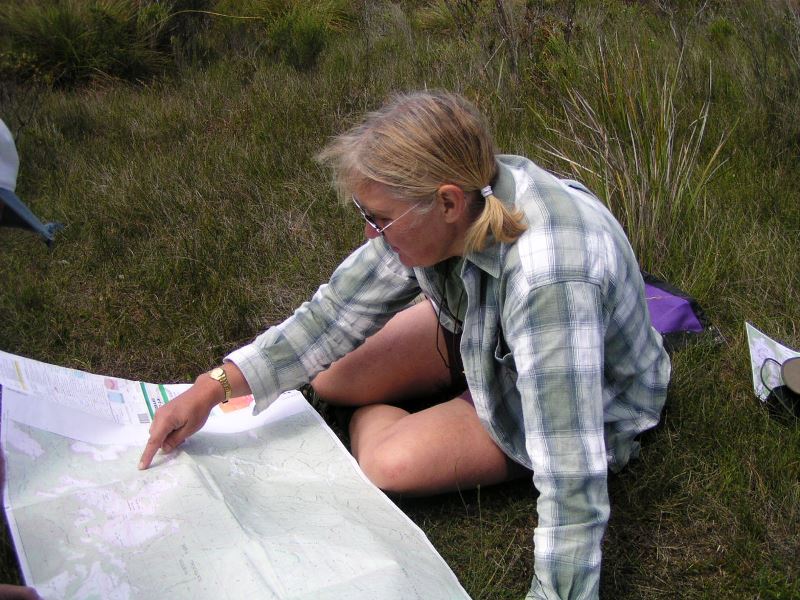 Using a map and compass to navigate and successfully get where you want to be gives such a feeling of accomplishment. I hope that GPS apps on your phone will never completely displace the old big maps because they don’t give you the broad picture and nor do they teach you to interpret the ground correctly. They also don’t work in a narrow gorge where you’re lucky if you can pick up just one satellite, for only a few minutes!

Interpreting the landscape comes with practice and teaches you so much about country, relationships between rocks and plants, plants and animals, the effect of water and the impact of settlers.

The magic of night

In the good old days we had a campfire, yes complete with damper and billy tea. It was one of the great pleasures of bushwalking that at day’s end we could cook on the campfire and sit around telling ghost stories or look up at the clear sky, counting stars and satellites.

Most bushwalking now occurs in fuel-stove-only areas, which somewhat detracts from the pleasure, but there is still magic in being together at night.

Night time seems to allow people to drop their defenses. They are more willing to talk about the deep issues of life, the universe and everything. Apart from solving the world’s problems, people are more open to talking about God and acknowledging His majesty and beauty in their surroundings. 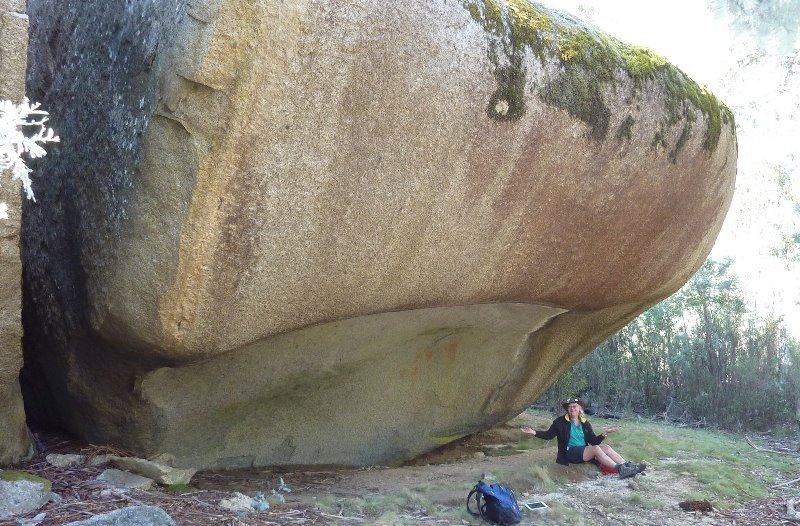 Inevitably you grow closer to people with whom you share experiences. This especially seems to be true of difficulties. There develops a greater understanding and appreciation of each other. And trust. And resilience – being prepared to improvise. Never leave home without the duct tape and two metres of webbing tape!

Weather can be unpredictable (see above). We have walked in rain, snow and gale force winds – and coped! Even though the guys did regret using the foam sheet as a toboggan on the inviting snowy slope.

“To boldly go where no man has gone before…” Sound familiar? It’s not Mars or some far galaxy, but literally, sometimes bushwalking is just that.

It is absolutely wonderful to be in the habitat of the Northern Corroborree frog where no researcher has been before. Or to be on a mountaintop that is so rarely visited because of its remoteness. Or to surprise a lyre bird who isn’t quite sure how to react to us. Or watching a family of brumbies watching us from a grove of eucalypts.

God did an amazing job of creation! Bushwalking enables us to get into inaccessible places and see things that are not spoilt by civilisation.

As Vinny Mullin states, bushwalking is a great way to get a workout!

While you need a level of fitness to go bushwalking, it is an activity that has a definite endpoint (the car, the icecream). You can’t give up half way because you’re feeling tired (or simply not work as hard as you should on the equipment). It’s the equivalent of being a captive audience – you have to see it through. Your body will thank you – eventually! 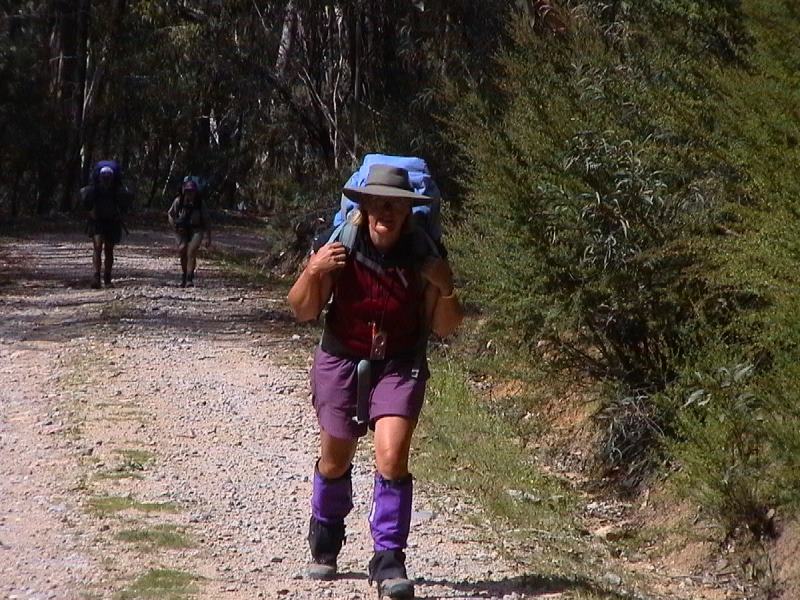 Reconstituted freeze-dried meals can actually be quite tasty! I started bushwalking by bringing all the ingredients for a wonderful stir fry, but when you’re tired at the end of a long day, spending a lot of time preparing and cooking really doesn’t work. Besides which, onions tend to impart their smell to everything else in your pack. Creativity is the key here – how many ways can you make couscous tasty?

This is all stuff that makes memories. But more than that, there is an acute awareness of being in the presence of the Creator. The hills, literally, are alive with the sound of music (cascades, kookaburras). With joy our spirits echo the Creator’s song in response! 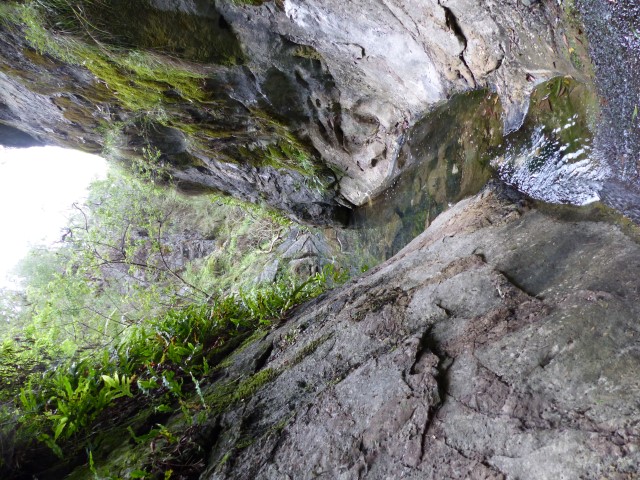 Aira Chilcott B.Sc (Hons), M. Contemp Sci, Cert IV in Christian Ministry and Theology, Cert IV in Training and Evaluation, Grad Dip Ed., began her working life at the John Curtin School of Medical Research, investigating characteristics of cancer cells. Turning to teaching in the Christian school system provided opportunities to learn theology, more science, mission trips and explore the outdoors through bushwalking and other exploits. Now retired, Aira is a panelist for Young Writers and volunteers at a nature park. Aira is married to Bill and they have three adult sons.