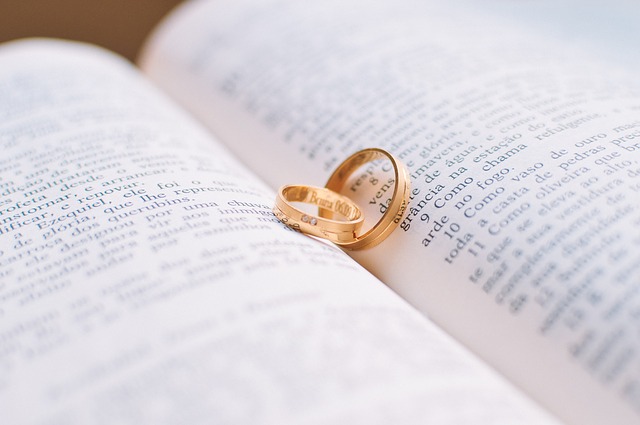 I've been married for five years now, so I can hardly call myself an expert, but I do love being married, and am passionate about awesome, Godly marriages. Unfortunately I've noticed that, even in Christian circles, being married can seem like simply a burden, a nuisance, an end to the fun of being single.

I'm sure we've all heard little quips before about friends, husbands or wives, comparing them to balls and chains, making jokes about how it was all fun and games until they made it official. Sometimes these are simply one-off remarks, intended to be humorous and harmless, like the writer of Proverbs (chapter 21 verse 19) who suggests it would be better to live in the desert then with a nagging wife!

However, there are many, many husbands and wives who really seem to think they would be better off without their spouse. I often hear people referring to their spouses’ actions as points which can be added to or taken away.

For example, “my hubby is on thin ice this week, he hasn't done any housework or helped with the kids, and he didn't have many brownie points to begin with!” This can become very condescending very quickly, and reduces our spouses to people we just have to get along with, who hopefully help us out around the house or pay the bills.

I never want to suggest to my husband that he has a certain amount of points stored away, and that based on what he does or doesn't do those points will add up or diminish. I would hate to have that burden on me too! Sure, sometimes I probably do seem like a weight dragging him down, and sometimes I would like to take note of the things he does that I don't like, but in the end that will add absolutely nothing positive to our marriage.

God wants more for our marriages

The Bible is full of great love stories: Adam and Eve, Abraham and Sarah, Ruth and Boaz, Mary and Joseph. The relationship between God and Israel is sometimes likened to a marriage (Isaiah chapter 54 verse 6), and also the church is often referred to as 'the bride of Christ' (Revelation chapter 19 verses 6-8).

When Paul writes to the Ephesians (chapter 5 verses 21-33) about how to honour one another in marriage, we find these beautiful instructions. Husbands are to love and cherish their wives the very same way that they would love and cherish themselves, with a responsibility to present them blameless before God. Wives are to respect their husbands, upholding them as the head of the household, submitting to their Godly leadership.

The kind of marriage Paul is describing, where a man and a woman leave their mother and father to become completely united as one, is awesome. It isn't about what one can get from the other, it's about loving each other in the same way Christ loves us: unconditionally. Here's the thing about Christ's love for us, he put everything he had on the line for us: career, reputation, friendships, family, and ultimately his life.

Last year I was speaking at a course for young women, and used an illustration from our marriage, commenting on how much I love being married and how great it is. A young lady came up to me afterwards, someone from a seemingly great Christian home with great Christian parents, and said to me that she didn't realise marriage could be a good thing. She just assumed people got married so they could have kids and didn't have to be alone.

That is an incredibly sad observation, one which many of our young people are prone to make every day. This is not the plan God had when he designed marriage. Eve was designed to be part of Adam, literally (Genesis chapter 3 verse 22). To be a helper, yes, to procreate, yes, but ultimately to cherish and honour and love with the same love God shows us: unconditional, fierce, selfless, enduring.

Why don't I ever give my husband brownie points? Because that is not what marriage is about. I want to be able to stand beside my husband, doing life together, loving each other unconditionally, serving God, and being ready to present each other before Christ united and whole. 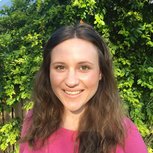 Jess is a new mum and recent college graduate who has just co-founded a church plant aimed at reaching those facing homelessness, addiction, mental health issues and abuse. More info, including her blog, can be found at www.aspleychurch.org.