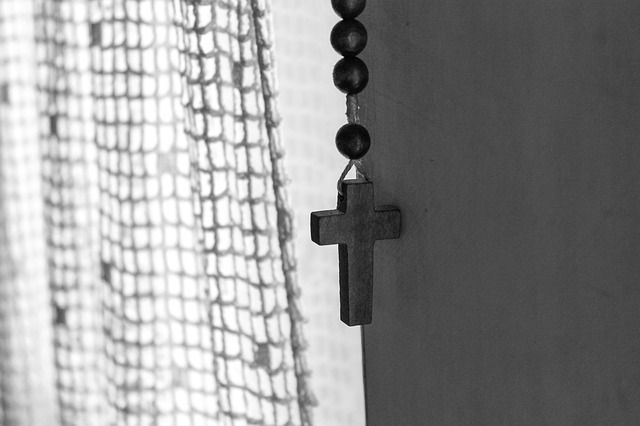 As a young-adult Christian, I sometimes feel confused about what I’m supposed to wear. I see some fashion expert (read: guy who works in any part of the coffee industry) dressed in the latest style and I think: ‘Am I, a Christian, allowed to wear that?’

I’ve called this article ‘WWJW’ as a bit of a quip, but in a sense, as emulators of Christ, this is the question we should ask. Would Jesus become fashionable to win the fashionable, or would he take the John the Baptist route to catch the eye of the world as one who is ‘other-world’ focused?

I think, first and foremost Jesus would dress in a way that shows that he respects Himself, His Father, and those around him. This is usually the place where the decision is made for budding Christian fashionistas: is this outfit glorifying God, or is it glorifying some part of my anatomy? In other words, is it modest?

We wear modest dress out of respect for those around us as well. They haven’t come to the shops to see you attempt to wear as little as possible whilst not breaking the law.

The lesson of 1 Timothy chapter 2, verse 9 is that we shouldn’t wear exorbitantly priced threads with one of those necklaces with a diamond encrusted dollar sign draped around our neck. Jesus would have us ask, “Is my dress sense moderate in price and extravagance?”

However, our body is also the temple of the Holy Spirit (1 Corinthians chapter 6, verses 19-20), and so we shouldn’t be sloppy about our appearance either. God wanted His temple in the Old Testament to be attractive and beautiful (read 1 Kings chapter 6 and 2 Chronicles chapter 3 some time!) In the same way, I think it’s fair to say that God expects us to be thoughtful about our appearance as his ‘dwelling place’ on the earth. We need to be respectful of ourselves and God and show care in how we dress.

And so, I’m not sure that Jesus would take the John the Baptist route in fashion choices. I think he would dress modestly, moderately, and respectfully. And I think most of us know this already. But I also think Jesus would dress ethically, an area that we tend to neglect.

Let me be blunt: Jesus would not stand idly by whilst child slaves were used to make his clothing, and so neither should we. Jesus would be other-minded enough to look outside of his immediate environment, and ask the question: ‘Where does my clothing come from?’

It’s only with the dawn of globalisation that we have had to start thinking about ethical fashion. Globalisation has meant that companies can now source materials and labour from a global supply chain, and so (usually) source them out of the developing world, where prices are cheaper, and labourers more plentiful. But these competitively priced goods are cheap because factories are underpaying their workers, neglecting their safety, and even using child labourers to do the work.

Our demand for cheap and plentiful fashion has caused the rise of what is colloquially called ‘fast fashion.’ Instead of 2-4 seasons a year, there are now effectively 52 micro-seasons a year with fashion outlets stocking new lines every week. But such demand further perpetuates modern slavery in the clothing supply chain.

According to the International Labour Organisation, almost 21 million people worldwide, including women and children, are in some form of forced labour. Many of these workers have had some involvement in making the shirts that you and I are wearing right now.

I don’t think Jesus would buy into the fast-fashion craze, and so neither should we. To be fair though, I also don’t think boycotting every company that cannot definitively prove that their supply chain is slavery free is the answer, because our underpaid neighbours would then be unpaid completely, and frankly, most of us would have barely any clothes left! But I do think we need to be aware of the issues surrounding fast fashion.

How can we do that? Well, each year Baptist World Aid releases a document called ‘The Ethical Fashion Guide.’ One way to shop ethically is to carry it in your back pocket next time you head out to buy your skinny chinos and eccentric socks.

In this guide are a whole host of clothing brands along with an assessment of their labour rights management system, and their ability to reduce the risk of slavery in their supply chain. I think Jesus, in making modern choices about fashion, would approve of such a document, and would urge us to read it and carry it with us as we go to buy our jeans that look like they got caught in a shredder.

So, what would Jesus wear? I think he would wear clothing that was ethically sourced, modest, moderate in cost and extravagance, and respectful to His Father, Himself, and those around Him. And so therefore I think it’s fine for young Christians to seek to be fashionable, as long as they do so following these basic guidelines.

Brent is the Queensland State Representative for Baptist World Aid Australia and is a registered pastor with the Baptist Union of Queensland. He completed a Bachelor of Theology with honours in New Testament through Malyon College in Brisbane, where he now lives with his wife, Jane. In his down time, he can be found researching the latest fashion trends at his local coffee shop, or any other place laden with furniture made from up-cycled wooden pallets.