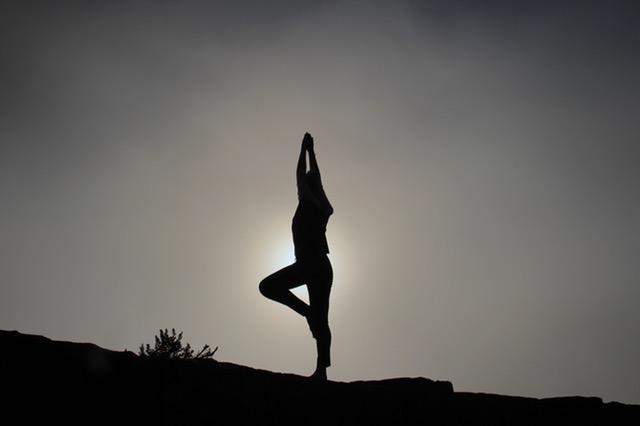 The other day I was sitting at Dubai airport waiting for my connecting flight. I googled 7 News and the “big” breaking story was on a Sydney Church that banned Yoga from its premises. I put the story on my Facebook page and got numerous responses – much of it ill-informed. So let’s look again at Yoga but this time in more detail.

Yoga is a spiritual discipline that is so popular that it saturates much of our western life whether in the UK, USA or Australia. It is a practice that is easily adopted and few in the community today raise an eyebrow about it. Churches are renting out their halls for yoga classes while others are running their own classes.

Many of us could repeat anecdotes like this based on personal experiences, particularly as yoga is fairly common in such area as work place, the gym, and wherever people gather to do physical exercise and play sport. Yoga has become such a part of life that, when one of us wrote a brief article about it in a church magazine, there was a backlash from some conservative churches who protested that they were doing yoga and had no problem with it.

Yoga is so omnipresent that the question facing Christians about ‘taboo or to do’ is impossible to avoid.

The average Christian is not facing doctrinal questions such new perspectives on Paul but rather their life intersects with such spiritual practices as yoga. For some Christians, yoga is a four-letter word that makes it completely off-limits. The major reason being is it brings us into union with a non-Christian deity and the possibility of spiritual oppression.

For others it may be embraced without concern as they believe the discipline may be divorced from such roots. Anglican Evangelicals like the Sydney Anglican diocese sit somewhere in the middle. In an extensive report the Sydney diocese sought to address this issue from their worldview perspective. It was noted that, as yoga is often practiced in modern Sydney, ‘it is not necessarily problematic for believers.’

For those who fear that such engagement with yoga might lead a less mature sister or brother astray (1 Corinthians chapter 8 verses 9-12), they caution against having an ‘overly tender conscience in this area’ whilst ‘being blind to our complicity in businesses, activities and communities in which human sinfulness is perpetuated.’

However, it recommended that churches not rent out their premises to yoga classes on for fear of the spiritual confusion this may cause and they gave similar advice to its extensive school network. The report did urge ‘clergy and laity alike to consider the missional significance of the wide uptake of yoga in recent decades.’

We wrote Taboo Or To Do? Is Christianity complementary with yoga, martial arts, Hallowe’en, mindfulness and other alternative practices? as we are aware that many Christians, as part of their own personal growth - and some churches - as part of their missional outreach to reach the ‘spiritual but not religious’, are adapting such practices that have their roots in east Asian religions or disciplines. We wanted a book that would assist Christians and churches to work through the issues by looking at the background of the practices, issues of discernment and case studies. We are aware that a text written in this spirit did not exist for the general reader.

The word yoga comes from the Sanskrit and means ‘to bind’, ‘to yoke’ or ‘be in union with.’ In classical terms Shiva is the god of yoga, although some may also refer to Brahman. Yoga is usually described by practitioners in the Indian subcontinent as a way of life, a philosophy, and a form of meditation. It is construed as a deeply inward journey where the distractions of both the exterior world and the rational mind are set aside. The goal of yoga is to achieve enlightenment and union with Shiva.

There are many versions of yoga found in the Hindu traditions. The best known is called Hatha yoga and this is the discipline in which one aspires to master all of the bodily postures. It is this version of yoga that is most familiar in the UK and the west. However, a strict understanding of Hatha yoga involves more than physical fitness. The bodily postures have a specific goal which is about bringing your body under control for the next step which is preparing the mind for meditation. For some, one meditates on becoming enlightened by escaping from the cycle of life, death and rebirth.

Other versions include Raja yoga which concentrates on attaining deep meditative states by chanting a mantra. Bhakti yoga is a devotional path where one submits to the instruction of a guru (teacher) that combines meditation and bodily postures. Siddha yoga, which involves using various powers in meditative states, is associated with Swami Muktananda. Muktananda’s approach was popularised via Elizabeth Gilbert’s best-seller Eat, Pray, Love. Her smorgasbord approach to spirituality is typical of post-modern values: ‘True Yoga neither competes with nor precludes any other religion. You may use your Yoga – your disciplined practices of sacred union – to get closer to Krishna, Jesus, Mohammed, Buddha or Yahweh.’

One of the key questions is whether a practice can evolve from its spiritual roots? Christine Frost, who was born a Hindu but now is in the Orthodox Church, says ‘having sounded these warnings, I still believe that a modest yoga regimen can help us to stay supple in body and mind ...  we can deal with yoga without being swamped or led astray by its alien ethos, provided we entrust ourselves to Christ our Lord, and our God.’ After all, don’t our celebrations of Christmas and Easter have past links to pagan celebrations and yet they have evolved?

Those who take this position would normally counsel that knowing the worldview of the practitioner or group is essential. Are they seeking to draw us into an eastern spirituality or is this just about bodily well-being? Others would point out for missional purposes we must exercise discernment because many Hindus take offence at our “stealing” their spiritual disciplines.

Holy Yoga is a growing worldwide movement which was developed by Brooke Boon, an American, who is a qualified yoga teacher. The movement is found in churches and other Christian groups. It focuses on Jesus while on the mat. Brooke declares that ‘before I was a Christian, yoga was merely a physical practice that brought me some sense of peace. But, by incorporating (Christian) prayer, meditation and scripture, my practice transformed into a worship experience.’ As they do various postures, sitting still, stretching arms, abdominal stretches etc, prayer, praise, music and meditation are woven together.

Scottish theologian John Drane wrote the foreword for Taboo Or To Do. Drane says that ‘in today’s search for meaning, wholeness and purpose, people embrace a bewildering variety of practices and therapies ... for many Christians this eclectic mix is at best confusing and at worst might even be spiritually damaging.’ He concurs that we must not avoid the issue and raises the missional point, “are there any ‘no-go’ zones for God?”

The types of questions we believe should be asked are found at the end of each chapter. One example is: Your local church has been asked to rent it’s premises to a yoga class or maybe conduct one. What is your response? Discuss the pros and cons with members of your church.

Such questions will involve discussing the interactions between bodily exercise and spirituality, the role of the practitioner, and have certain forms of yoga have moved on from their Hindu roots. Is a practice like Holy Yoga appropriate? The conversation cannot be avoided. 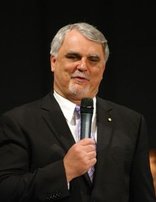 Philip Johnson is one of Australia's most savvy Christian media constructs and has collaborated with Ross Clifford for over 30 years to produce astonishing media productions.