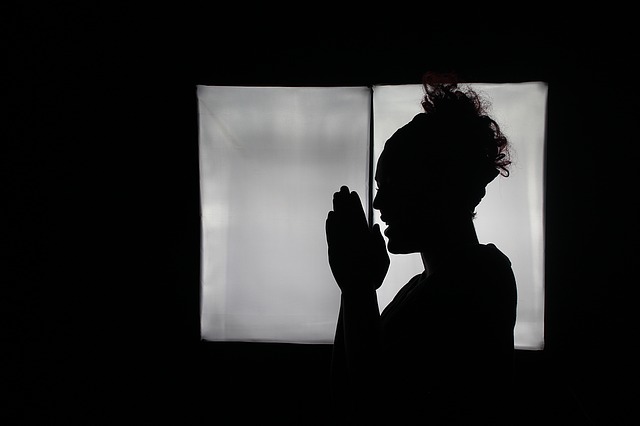 I really wanted my first article to be something humorous and surprisingly deep, but as I imagine you all know life gets in the way.

The last couple of years have been quite tough I think, both for the world with all the disasters, human and man-made, and for a lot of people personally. I would be quite happy if last year had never happened, but it did and now we’ve got to try to move on, which is much easier said than done. The annoying thing about the present is that we can’t see the bigger picture like God can. We might be mourning like Martha and Mary when their brother Lazarus died, wondering where God is and why he didn’t show up when we needed it. It takes a lot of faith to take a deep breath during the pain and tears and trust that God is still there even when we don’t feel it, even if we can’t see his hand on it at the moment, even when he’s not answering our prayers the way we want him to.

God is there when we can’t see him

When I’m frozen in place, unable to breathe with anxiety, it’s hard to say “I trust you,” but no matter how much I feel like I’ll never get better or the thoughts creep in that the attack will last forever, eventually it comes to an end and I can feel the relief and peace that God did promise. Like Lazarus, who died before Jesus arrived, it just comes around a bit later than I would have liked. But the point of that story isn’t how long it took; it’s that he breathed again.

I imagine none of this is news to you and there are probably a dozen articles dealing with the same issue of where is God when we can’t see him. But sometimes hearing it again with a fresh mind can do wonders. I’ve heard the Easter story a thousand times as I’ve grown up but when I read it again last year something hit me that I’d never paid much attention to before — Jesus asked for his cup to be taken away from him.

Jesus knew what he had to do, but, if God was willing, he asked for this sacrifice to be taken from him. He asked, multiple times on that final night, yet each time in the same breath he said “…not my will but yours.” (Luke chapter 22, verse 42.) Even in his darkest moments, he trusted God to see him through to the other side. He could still see the light at the end. And, thankfully, Jesus followed God through the dark and took up his cross for us. Literally.

The hard road to learning

No matter what we’re going through, Jesus has experienced it all before. He cried, he stressed, he got angry, he mourned. I know it’s always easier said than done and, as terrible as it sounds, it’s always nice to know that someone else understands your pain and knows how you feel when you’re at your lowest. And God does, even when it doesn’t feel like it. Especially when it doesn’t feel like it.

When Martha and Mary were anxious for their brother’s life, it would have been easy for them to think God didn’t care. They couldn’t see him. But all the while Jesus was thinking of Lazarus and was so distraught over his death that he wept. He knew the outcome and that Lazarus would live again, that God would be glorified, but he still knew the pain that his sisters felt. I like to think that when we’re going through tough times, Jesus is still there watching over us, crying for us too, promising that it will get better; somehow this will be for the glory of God.

I always find it easy to praise God when the going is good but unfortunately it’s a long, hard road learning to praise him when you feel you’re sinking to the bottom of the ocean. Maybe everyone has trouble seeing him sometimes, especially when the world around us is turning into chaos. I struggle to see him now. But when the prayer feels like it’s not working or the darkness is closing in, I try to remember Lazarus.

I remember that God cared, that he was watching over the family. I remember Jesus wept. I remember how he struggled but took up that cross for us, for me, for you. And eventually I remember he does care.

Mel Cleary is based in windy Wellington and works full-time as a co-ordinator, spending time around her work for writing, crafts and Netflix.

Mel Cleary’s previous articles may be viewed at www.pressserviceinternational.org/mel-cleary.html