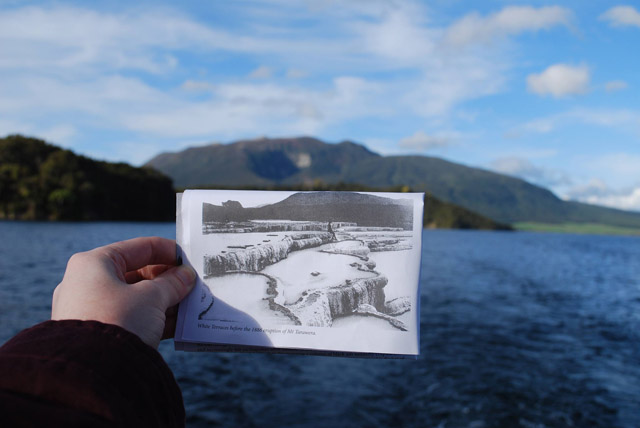 Do you ever look up at the stars and wonder at them thanking God for the sight? And then you learn just how far away the stars are, how many, what they’re made of, how big the universe is and just look to God speechless?

Growing up, I remember people always objecting to science and religion mixing – you can’t be religious and believe in science. It was either the big bang or creation. But recently I’ve felt understanding the science of things just emphasises my amazement of God. The two don’t have to be mutually exclusive.

The Eighth Natural Wonder of the World

This trimester, I’ve been taking a science creative writing paper. I did it because why not but it’s been the one I’ve enjoyed the most. After lots of pondering, I decided on the Pink and White Terraces as my subject, remembering how amazed I was as a kid when I first learned of them.

The black and white photos can only do so much as well as the coloured paintings. We’ll never be able to truly see what it was, what made people travel all over the world and name it the Eighth Wonder of the world. Still, the photos and paintings do give a hint, and I marvel at what they must have been. I often look at nature and think of God carefully putting it all together and this was no different when I got to Lake Rotomahana where the Terraces used to sit.

But the physical beauty that was the Terraces is just the tip of the iceberg. As I learn more about them, about the science and everything that had to happen to bring them into existence, it only makes me appreciate God more and the long work that had to happen. The two geysers at what would form the Terraces had to be on the surface on the tops of hills to allow the staircase to form.

The geysers had to be rich in the silica minerals that would cool to form the terraces. The Pink Terraces were formed from an additional mineral in the area to give it that distinct rosy-salmon colours. And that’s not to mention the science of hydrothermal and geothermal system that already needed to exist.

Everywhere you look, it’s much more complex than it seems. Even human beings are a scientific marvel, how everything connects and has a purpose, how much it can withstand. For me, my exploration of the Terraces has been a reminder of just how complex the world really is. I was amazed with them before but I’m mind-boggled at how the Terraces came to be.

And at the end of the day, it came to be because God already knows all the science and everything was in place at the right place at the right time, in other words, a miracle. Science is really just another form of miracle, it’s just one humans tend to (or think they do at least) understand a bit better because there’s some kind of detectable pattern.

It kind of makes me think of when you get the behind the scenes of a movie or production. You sit and enjoy the movie at face value, and then you get to have a look at all the incredible hard work that went behind it to bring it to life, to make it what you enjoyed.

The science paper has made me appreciate what I didn’t realise God was doing behind the scenes, all the hard work that was going on. For me, science and religion aren’t mutually exclusive, I’ve found they’re supplementary to each other and now I’m looking forward to seeing more sneak peeks behind the curtains of God’s creation. 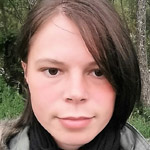