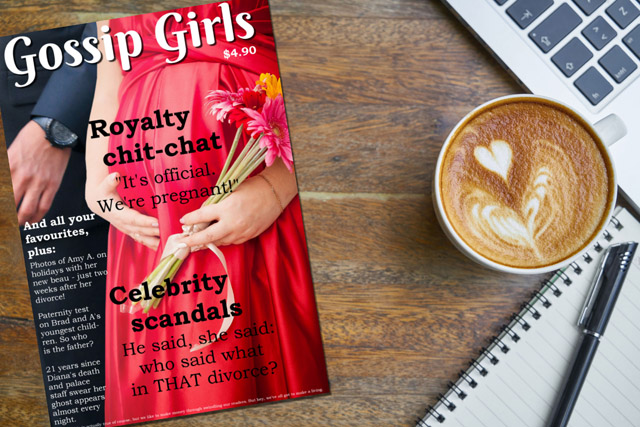 If you type “Meghan Markle” into google you’ll be greeted with headlines from multiple magazines, all announcing the exciting news: She’s pregnant and what’s more, she’s expecting twins!

Except that she isn’t. Ever since the royal pair tied the knot (and even before then), every tabloid from here to anywhere has been constantly “announcing” the happy news.

They all follow the same formula: Meghan stepping out looking slightly bulgier than her slim figure could possibly allow for (usually the cut of the dress or a funny angled shot), evidence that Harry is taking extra care of her (with some photo of them having physical contact, shock, horror!), and of course the obligatory “close friend” or “palace insider” who has spilled the beans.

I suppose the theory is if they report it every week, by sheer luck they will have to get it right eventually. In the meantime, however, I sit back and ponder how on earth tabloids get away with such blatant lies.

It really does boggle the mind that these magazines write, print, and sell articles that are completely fabricated. There is not a shred of truth in them. How do they get away with it? Why are they not held accountable?

The answer, it seems, comes down to one thing: money. Media corporations, here and overseas, are absolutely loaded. Money goes a long way when it comes to trying to win a court case, especially in the nebulous category of defamation or libel.

Of course, the Royal Family have better things to do than run around trying to put out pregnancy rumours. They definitely don’t have the time to get involved in multiple court cases with the string of tabloids that routinely print lies. But what about other celebrities? Why do they put up with it?

Again, the answer is time and money. The laws in different countries also make it very difficult to get anywhere. In the USA, the onus is on a celebrity to prove themselves, not the tabloid to get some proof that their “facts” were in any way verified (which, of course, they weren’t).

Australian laws are somewhat better. Rebel Wilson recently won a defamation case against Bauer Media for the nasty lies they spread about her. The catch was that they were actually nasty lies and caused her professional life to suffer. When it comes to announcing phantom pregnancies, news that doesn’t really harm anyone, the tabloids have the freedom of speech to say whatever they like—every single week.

The truth is, I don’t buy these magazines. But I am definitely interested in Meghan’s state of pregnancy. Royal babies are exciting! So, if I see a headline, I’m bound to look twice. I might even pick it up and read the article.

As consumers, it is up to us to recognise that these magazines have Buckley’s chance of telling us the truth. If you can contain your curiosity, don’t buy them or read them, but if you must, be aware that the “news” they peddle is nonsense at best. It might even be very hurtful to some poor celebrity.

As for Meghan, the best way to check if she’s pregnant is to jump onto the Royal Family’s official social media and wait until they announce it for themselves. After all, that’s probably more respectful than getting the scoop from some palace insider who had no business telling us in the first place. 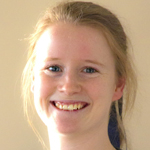 Lucinda is a housewife who spends her time running around after a toddler, and leading a Girls Brigade group. She loves to bake.

Lucinda’s previous articles can be viewed at https://www.pressserviceinternational.org/lucinda-glover.html