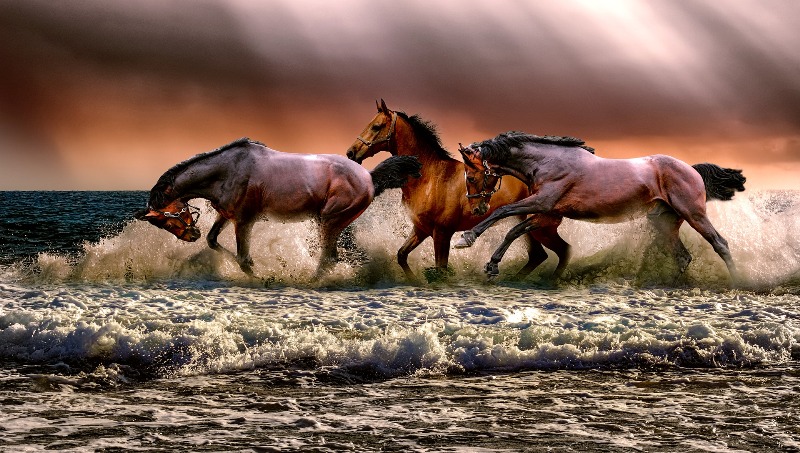 I once dreamt of Elijah running with the horses. The stallions’ manes were swept back in the fierce gallop, and with each thundering stride their muscles rippled beneath glistening coats, like silk swaying in the wind.

Hooves hit the dry earth of a drought-sick land, flicking up a cloud of dust. And from the wild herd emerged Elijah, running with a strength not his own. He looked ahead with determination, focus, and an inner knowing that rain was coming in answer to his prayers. The rise and fall of his steps matched the rhythm of the spirited beasts as the sky clouded over with heavy showers. A Scripture rumbled through me as I slept:

“If you get tired racing against people, how can you race with horses?”

I knew Elijah had long left the races of men behind, he was racing with horses now, and this was my call to do the same.

I woke from that dream trying to catch the pace of Elijah’s race. The prophet was one who ran, not to please men, but to please God.

Elijah didn’t care what people thought. If he did, he wouldn’t have approached the throne of King Ahab’s immoral government and prophesied a drought, hardly a crowd-pleasing sermon. But one he hoped would shake his people out of living for themselves and return to their true calling to be Children of God. After preaching, Elijah was greeted, not with applause, but instead the sword. He was so unpopular he had to run for his life.

Eliyahu in Hebrew simply means: “My God is Yahweh.” This was Elijah’s sole identity and purpose: his God was the LORD. When everyone else was partying with foreign gods and living for the lusts of fading pleasures, Elijah obeyed God’s orders to care for a non-Israeli widow during the drought and famine — this definitely wasn’t a fashionable thing to do. But Elijah wasn’t running his race to fit in, he ran to stand out for the right reasons. He ran with his eyes upon an eternal prize: the One who outlives the dust of droughts and jeers of men.

Elijah ran simply to bring delight to God. Though the race was hard, he didn’t give up.

Elijah said, “Rain is on the way; I hear it coming.”

He climbed to the top of Carmel, bowed deeply in prayer, his face between his knees. Then he said to his young servant, “On your feet now! Look toward the sea.”

He went, looked, and reported back, “I don’t see a thing.”

And sure enough, the seventh time he said,

“Oh yes, a cloud! But very small, no bigger than someone’s hand, rising out of the sea.”

“Quickly then, on your way. Tell Ahab, ‘Saddle up and get down from the mountain before the rain stops you.’”

Things happened fast. The sky grew black with wind-driven clouds, and then a huge cloudburst of rain, with Ahab hightailing it in his chariot for Jezreel. And God strengthened Elijah mightily. Pulling up his robe and tying it around his waist, Elijah ran in front of Ahab’s chariot until they reached Jezreel.

Upon the heights of Mount Carmel, Elijah bowed with knees pressed to the barren dust and prayed for rain. He prayed while the skies were empty, the ground was dry and the famine at it severest point. He prayed because prayer was the only thing that could break the drought. Even when circumstances appeared unchanged, he dared to hear, by faith, the sound of abundant rain.

Time after time Elijah’s servant looked out to sea only to deliver the same report: nothing had changed. The sky was still empty, the earth a dust-heap, and stomachs hungry.

Yet somewhere beyond the horizon, out of sight, moisture gathered above the ocean. On the seventh time, the servant saw the faintest whisper of a cloud rising over the horizon.

When you pray and circumstances appear unchanged, take heart—somewhere beyond your horizon the rains of change are stirring, lifting, growing. You might not see it yet, but know the prayer-cloud is rising. When you glimpse the faintest appearance of that cloud, you’ll know it’s time to run. For your sky will soon be shrouded with the downpour of answered prayer.

Showers of plenty will soak your parched land and your weary earth will give birth to promises long buried.

So, run like Elijah. Run with strength that’s not your own, run ahead of earthly chariots in all their fading glory, run in humility towards an eternal prize, run because your God has carried you this far and He’s not letting go.

As you leave the unfulfilling races of people-pleasing behind, you'll hear the thundering hooves of a holy purpose resounding.

Yes, you run with horses now. 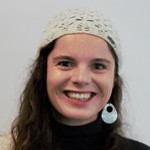 Amy is a Press Service International columnist from Adelaide. Her previous articles can be read here: http://www.pressserviceinternational.org/amy-manners.html