With the cricket season well and truly over, it's finally time to get down to business. No not the AFL, I'm talking about a genuine contact sport, Rugby League. 2017 shapes as a beautiful year for a beautiful sport, so many genuine contenders and so many stories of possible redemption exist. Let's run through the sixteen teams from what I predict to be last place to first.

16. Newcastle Knights - After the worst season in NRL history their offseason just continued in the same fashion. Four key veterans have walked out door, Gidley (positive drugs test), Korbin Sims (Brisbane Broncos), Jeremy Smith (retirement) , Akuila Uate (manly) and so far they have only replaced them with solid at best cattle. On the upside they have young gun Kaylan Ponga arriving in 2018 and they have a huge bag of salary cap coin should a marquee player coming knocking.

15. St George Illawarra Dragons - It must be hard being a Dragons fan, this season will test even the most loyal supporter. On the upside their recruitment is slightly better than the players they let go. Paul Vaughan will be a handy acquisition for the struggling merger club, as was mid-season pick up Tariq Sims. Paul McGregor will be hanging onto some false hope that he retains his job for long enough to see Brisbane Bronco Ben Hunt arrive to turn things around for this once great club in 2018.

14. West Tigers - Potentially on their day they can be a thorn in the side to some of the front running sides in the competition. On the other hand if we are brutally honest we have to look at the off field stuff of the last few years. I'm sure Robbie Farrah's ego was difficult to deal with, but I'm guessing that even after Farrah's departure there will still be a plethora of mid-week issues deep in the heart of the west. Hopefully Jamal Idris in full flight will be one of the redemptive stories of the season, as well as Mitchel Moses connecting for a lethal partnership with club mate James Tedesco at State of Origin level.

13. Canterbury- Bankstown Bulldogs - We all wait with baited breath to see how Dessie reinvents the coaching wheel out West, the "big man" approach just hasn't produced the goods. Time will tell if his loyalty in his playing group will cost him his livelihood or will they go to the next level and produce a premiership. If the bulldogs don't win the majority of their opening 6 rounds I'm predicting they will have a new coach, if the coach survives beyond that he will have to make a grand final at the very least to be safe. Expect a big year from a trimmed down Sam Kasiano, most pressure to perform however will be on the spine of Liccha, Reynolds and Mbye.

12. New Zealand Warriors - This perennial coach killing side will struggle, as usual they will have their mid to late season momentum as other clubs deal with the cost of State of origin, but ultimately once again they will fall much short of their potential. Stephen Kearney and Liam Foran will bring the Auckland based side a fresh hope that should bring a nice little honeymoon period but in the end Auckland is owned by rugby and the town will once again tire of an overhyped outfit of players not willing to perform for long enough to win a premiership.

11. Cronulla Sharks - The 2016 premiers will run out of steam once the competition really heats up, sure they will be a good chance of knocking over the Broncos in round one as the premiership momentum wears off. They will suffer greatly from the losses of premiership winning players, mega pest Michael Ennis and x factor Ben Barba. Sure they have some good young talent coming through but they will really suffer under a lack of direction in the spine. This is compounded with an ageing roster and a front rower who is always just one bad day away from quitting the NRL.

10. South Sydney Rabbitohs – They may have a nice honeymoon period with Robbie Farrah but one suspects this will fizzle and relationships will sizzle. The side already has two marquee men who demand the spotlight on and off the field. Souths will continue to struggle whilst so much of their salary cap is taken up by two players, Greg Inglis and Sam Burgess. If Souths are to have an honest chance to win there are two key factors that must happen, Greg and Sam, have to have career best years and the younger burgess twins have climb back out of the pram and play the football they are capable off.

9. Manly Sea Eagles - Transitioning from one of the great sides of the past decade can be difficult, the cost of success is great in the salary cap enforced NRL. The loss of Jamie Lyon, Steve Matai and Brett Stewart make it an inevitable big hill to climb to get into the top eight. You have to be impressed though by the active recruitment of Trent Barrett and his staff to come up with a competitive roster. It will be a tough year for Manly fans who expect success year in and out, I cant wait to see the boys from "Lotto Land" fare.

8. Sydney Roosters – Never a club that will be held down for long, whilst they will bounce back they will discover that in the season they had off the games top tier has gone to a another level. A talented squad filled with rep players, will still struggle as they search for a long overdue replacement for James Maloney. One gets the feeling that generally they will be facing an angry coach on Monday mornings as they return to training from weekend games.

7. Gold Coast Titans - Perhaps close to having one of the greatest squads on paper, one would assume Neil Henry would be a happy camper looking at his squad at training. Unfortunately for the Titians this rarely translates into success. I'm expecting the Titans to have an injury plagued season that is compounded by the Hayne "will he or won't he" drama saga. I would love to see them win a comp but I get the feeling this year is another year of False hope for the glitter strip boys.

6. Melbourne Storm - Could have been the greatest club of the modern era had they not cheated their way to the top. I'm predicting this year to be the year that they finally fall on their sword. Key injuries to key positions could spell disaster for side that once had great depth. Craig Bellamy is a master coach but I'm willing to predict this could be the year that actually does send him bald.

5. Parramatta Eels - The club that keeps rising from the ashes, most clubs may have collapsed if they went through the "Jerry Springer" style beating they took in 2016. At the end of the day they have a very talented squad and a first class coach. Predicting a Parramatta premiership is a difficult task because you don't know what front page headline they will produce tomorrow, but who knows if the roster produces they might be there in October.

4. North Queensland Cowboys - I'm predicting the little frame of the ultimate competitor Jonathon Thurston will start to wear down this year. His tenacity and drive to always compete and take that ball to the line will become his ultimate downfall. They will be light up front after recent retirements and the once reliable Lachlan Coote may prove to be their Achilles heel. They have a classy side that will compete into week two of the finals but don't expect much more.

3. Canberra Raiders – Poetic fans and commentators are heralding the side from our nations Capital. Unfortunately I think they are going to get a rude shock as the Raiders premiership potential comes crushing back to earth. Sure they showed great promise last year and they have a solid roster, but the weight of expectation will be something new for this traditionally mediocre club. Ricky Stuart will use all of the tricks in his book to get them over the line but I predict this will only end with Stuart complaining about the level of referring in the NRL.

2. Penrith Panthers - A grand final against the side that sacked him would be the fairly take story for Anthony Griffin in 2017. A side growing in strength and stature, they ooze class right across the paddock. They have all the ingredients a MasterChef needs for premiership success. A superb no nonsense forward pack and a backline that has an X factor and speed to burn. The spine is shaping up as one of the best in the NRL and they will push hard for a premiership in 2017.

1. Brisbane Broncos - A squad with a mix of young and experienced talent, I'm predicting a classy season from both Ben Hunt and Anthony Milford. A side laden with International players under the tutelage of the greatest coach of all time will see them break their premiership drought in 2017. 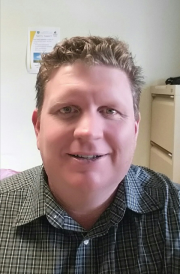 Josh Hinds is in business on the Central Coast of NSW, a family man and PSI's IT professional. Josh is an experienced writer on international sport.