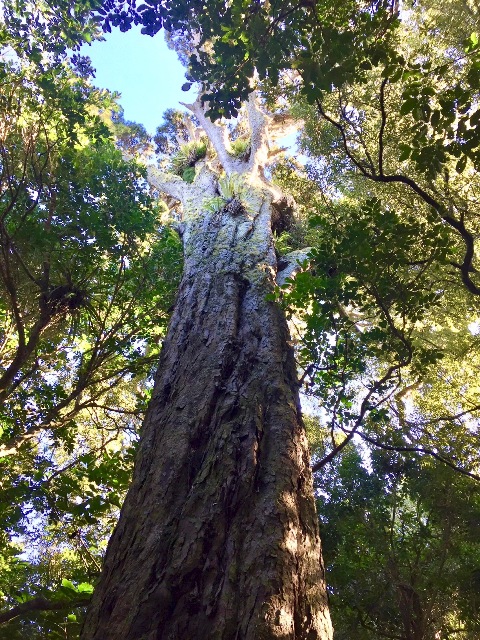 I love to go for long walks, up steep hills and through the bush. One of my favourite places for walking in Wellington is Wilton Bush. It is sheltered from the wind and there are many tracks and routes you can take, both long and short.

Depending upon the weather, I choose which way to walk.  Along streams, up steep steps, on shingled low gradient paths or through the mud. It is a beautiful place to listen to the birds and converse with God.  Often I use this space to write songs, free from the noisy clutter of the world.

On one particular track, half way up a hill near a stream, is a tree that is over 800 years old. It stands tall, strong and proud above a wooden sign that reads ‘Rimu 800 years old’.

I have pondered how this tree came to have such a long life. How many birds have sung in this tree and how many seedlings have sprung from it? I can only assume that it found itself in an ideal position for growth. Sheltered from the wind, blessed with good water, sun and rooted in rich soil.

A tree grows from yielding to the nutrients in the soil it is planted in. In the same way, a human is blessed by yielding to God and being careful about it’s surroundings, as described in Psalm One:

1 Blessed is the one

who does not walk in step with the wicked

or stand in the way that sinners take

or sit in the company of mockers,

2 but whose delight is in the law of the Lord,

and who meditates on his law day and night.

3 That person is like a tree planted by streams of water,

which yields its fruit in season

and whose leaf does not wither—

whatever they do prospers.

We are all taught that spending time with God, reading and meditating on the word and praying is important for a godly life. So is surrounding ourselves with godly friends and mentors and having a good home group.

I also believe that we are not called to live isolated from the world and we need to live in the world. Mixing with non-believers and having a kingdom influence in the market place is important.

Let me give a couple of different and practical examples of what living in the world can look like from a christian perspective.

When I became a christian in my mid-forties I had to make a decision on whether I would still socialise with my work mates.

During the rugby season we would head down to the pub on a Friday night and watch the super 12 games over a good number of beers. I made the decision that it was important for me to keep socialising with my colleagues, but in a slightly more refined manner.

Instead of drinking eight to ten beers each Friday night I limited myself to two beers. This became rather obvious to my workmates as it was traditional to buy one another a round, and there was some peer pressure to consume the beers quickly.

During the course of the night, one of my colleagues questioned me on why I was only buying beers for them and not for myself. I explained by saying, “Since I have become a christian I feel this sense of peace and contentment I did not have before. I am worried that if I have more than two beers I will lose it.”

This explanation was accepted and it was never a problem again.

Before I became a christian I was caught up in the material ways of the world. Always looking to find a better house, more trendy car or stereo system or overseas trip. The more money I had the more I wanted to spend.

After I found the Lord I found more joy in giving than accumulating and realised that everything I owned belonged to God. I discovered that when I gave to others, God blessed me in unexpected ways. This was not my motive for doing it but by giving to others my life became more rewarding.

One of things that is helpful is to draw a circle around what makes you content.

- What is your ideal house?

- What is your ideal car?

- How much money do you need to live on?

- What gives you joy that does not cost money?

By drawing a circle around what makes you content, as your salary grows, your lifestyle expectations don’t and you have more money to give to others.

A tree of contentment

I imagine the 800 year old tree lies content. Familiar and happy with it’s surroundings. Drawing nutrients from the soil and free from bitter roots.

That is how I want to live. A life full of thankfulness and contentment as Paul describes in Philippians 4:12: I know what it is to be in need, and I know what it is to have plenty. I have learned the secret of being content in any and every situation, whether well fed or hungry, whether living in plenty or in want. 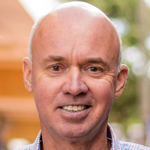 Wayne worked in the media for more than 30 years before leaving to follow a call to set up The Daily Encourager, a values based media showcasing the best of New Zealand society. He has a passion for Jesus,  enjoys walking, ball sports, the arts and song writing.