Ronnie Williams was an Aboriginal pastor and elder with a passion for mentoring young men. He was widely regarded as a father in the faith and a leader in reconciliation. Among the Aboriginal people he was known as “Kurta kurta” – everybody’s brother. 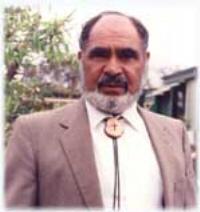 Born two months prematurely in Albany, Western Australia in 1940, Ron Williams was originally given the tribal name Parndang – wandering crow - by an uncle. Crows were always seen as watching and calling out in warning and his life seems to have fulfilled that name. He never knew his father but he was cared for by his grandparents, Jo and Grace Williams. In him many different racial threads came together – white, full-blood, half-caste, black American, Wongi and Noongar.

Ron did not care for school and he left when he was 14 years old. The only good thing about school was reading history books, which gave Ron a wealth of stories that he would tell his folk around the campfire.

Ron’s grandfather was killed in 1958 and Ron took to drink and drifted, with nothing to live for. In 1958 a Methodist preacher called Frank Cole gave Ron a Bible and a picture of Jesus holding a lamb. Ron identified with the lamb and responded by asking Jesus to make his life better and give him hope. This marked such a deep change that he never drank again.

Spending two years in the first Aboriginal Bible College in Western Australia in Gnowangerup, Ron studied to be a pastor and a missionary, being sent in 1962 by the United Aboriginal Mission (UAM) to the Warburton Ranges. He spent 7 years in the Warburton area, finding his identity among the tribal people of the desert. In 1977 Ron became the Principal of the Bible College in Gnowangerup.

Diana was an American who came on mission to Australia, and met Ron in the desert. They were married at Skull Creek in 1984, in the hope that something good would overshadow the past sorrow of that place. Skull Creek near Laverton, WA, was a site of former sorrow and heartache. In 1898 a number of Aborigines were shot and again in 1969 a brawl had taken place that resulted in death.

Before the wedding Ron had travelled far and wide across Australia, listening and learning from Aboriginal tribal leaders and communities, singing songs and telling stories. This continued after their wedding when Ron showed Diana the country and the people.

After their wedding, Ron spent 6 months at the Bimbadeen Bible College in Cootamundra, filling in as Principal in 1984. This was after the site had been designated as the Aboriginal Girls Training Home.

Everywhere they travelled they left a legacy of hope. People's lives were transformed; reconciliation - divorced from its political emasculation - became a matter of the heart; Christianity, often perceived as a "whitefella religion", became personal for many Aboriginal people, and small, struggling Aboriginal congregations were strengthened.

Lydia Grace was born in 1988, the Bicentennial year, after Diana had had a reversal of a tubal ligation.

Also in 1988 Ron was named Coordinator of Indigenous Ministries within the Christian and Missionary Alliance and ordained a minister. One of their ministries was to run the Aboriginal Christian Convention in Alice Springs for 10 years.

In 1999 they moved from Kalgoorlie to Canberra. This was where Lydia began her soccer career – she is still the goalie for the Australian women’s soccer team, the Matildas.

“I think we Aboriginal fellas know more about what the Bible is actually talking about in the spiritual dimension. We are more like the ancient Hebrew people than the whitefellas are. Another thing is, God was already here before the whitefellas came. We heard the Creator speaking to us”. Ron’s role within the church was to coordinate the indigenous world view in ministry, which was a challenge. Some elements were valuable and important, others were harmful. (Williams, 2001)

In 2003 Ron was only the second person since the Federal Parliament building has been open to be accorded the honour of a memorial service in the Great Hall of Parliament House in the Australian Capital Territory. It is a fitting tribute to a man of the people who was also a man of God. He met with heads of state, business executives, fatherless children and prostitutes, and accorded them all the same respect.

The tributes and the eulogies delivered spoke of his winsome smile, his gentle disposition, his disarming personality and his ability to touch the lives of all, from diplomats to drunks, junkies to jetsetters, abused women, prisoners and those who had lost hope. Above all, they acknowledged his unswerving Christian faith. Such was the story of Ron's life: a father to the fatherless, loved by children, listened to by prostitutes and prison inmates and loved by Australians high and low.

The traditional Aboriginal people’s approach to God’s creation was not one of manipulation, domination or greed, which was characteristic of the white settlers’ approach (Pascoe 2014). Instead they lived with the land, listened to it, moved with it and appreciated it. It was the tribal warrior who led white man to water only to have everything taken away from him when he back was turned.

“Deep within his heart, Ron believes that Aboriginal people can again lead this nation to water, a new kind of water of understanding that gives life to our soul and our heart as we all drink from the same spring of hope and reconciliation.” (Williams, 2001). 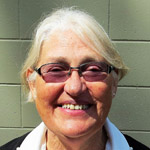