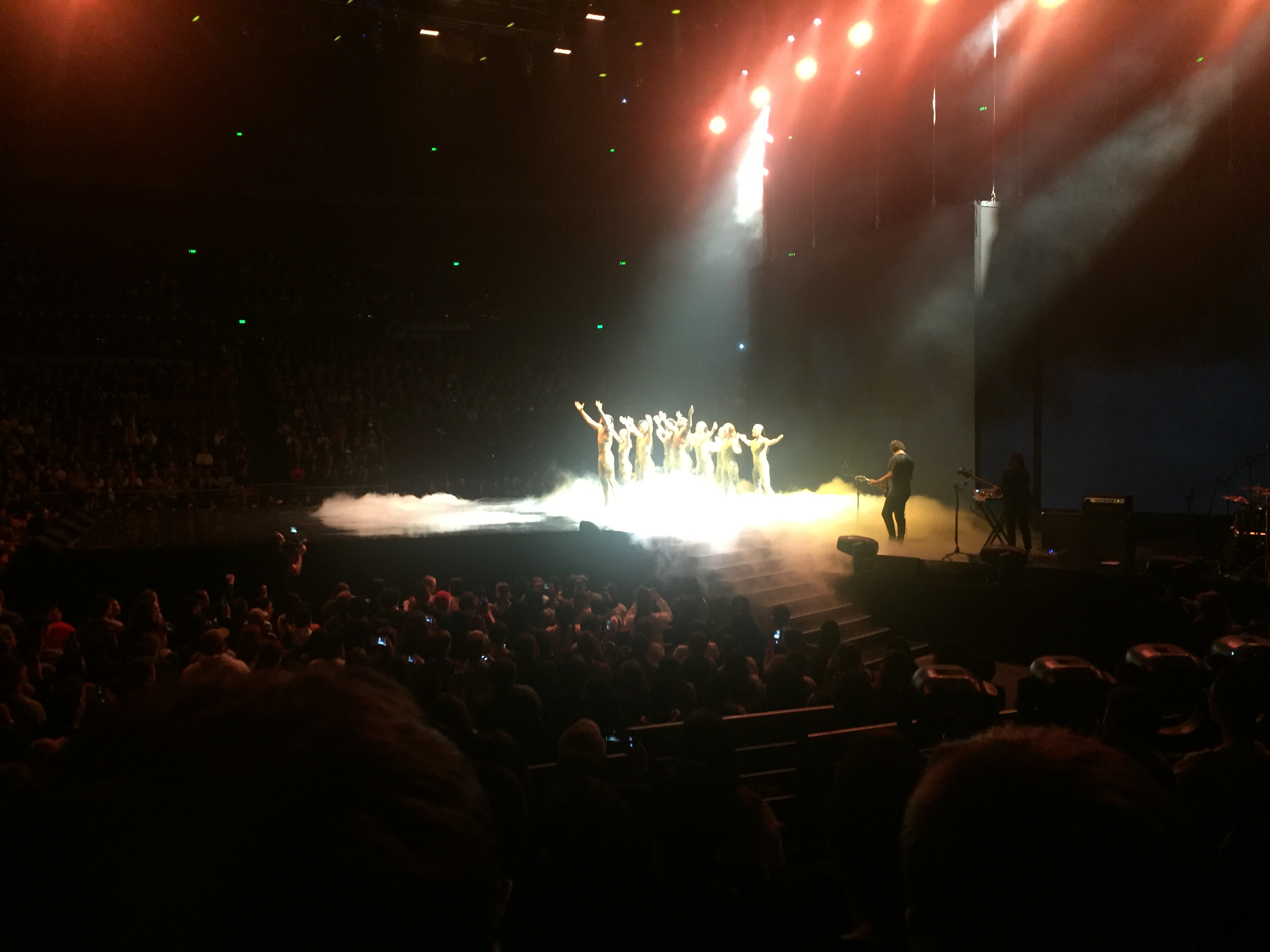 Hillsong United celebrated 20 years of ministry in style on the opening night of Hillsong Conference 2018.

The band which formed out of the youth ministry of the now prominent Church has ministered all over the globe to packed out arenas. It was no different tonight,  they ministered to another packed out arena with Global Senior Pastor Brian Houston confirming that Hillsong Conference 2018 is officially a sell out.

What a night it was, the night began in anticipation with  95% of the arena  at capacity before the advertised 6pm start time. 6pm came and still no start time adding to the tension  and expectation that was sure to be a wonderful evening.

Then at 6:13pm, the screen changes and a Psalm is read over the loud speaker and the crowd roars; Hillsong Conference 2018 officially gets underway.

The Opening Ceremony was spectacular, it literally went off with a bang, the sound of explosion and light fills the arena as Genesis 1 the story of creation is recreated by the Hillsong Creative Team.

Combining the story of Genesis 1, with the story of the watchmaker reminded us that with God, there is more; which is the theme of Hillsong Conference 2018. Hillsong United then opened the night with worship, every member of the 30,000 strong crowd fully engaged with what God was doing that night.

It them came time for the word which was brought by Pastor Chris Hodges of The Church of the Highlands Alabama. His Church which is now the second largest Church in the United States behind Life Church. Tv in Oklahoma, is at the fore front of Church Planting with 17 Campuses across the state of Alabama. 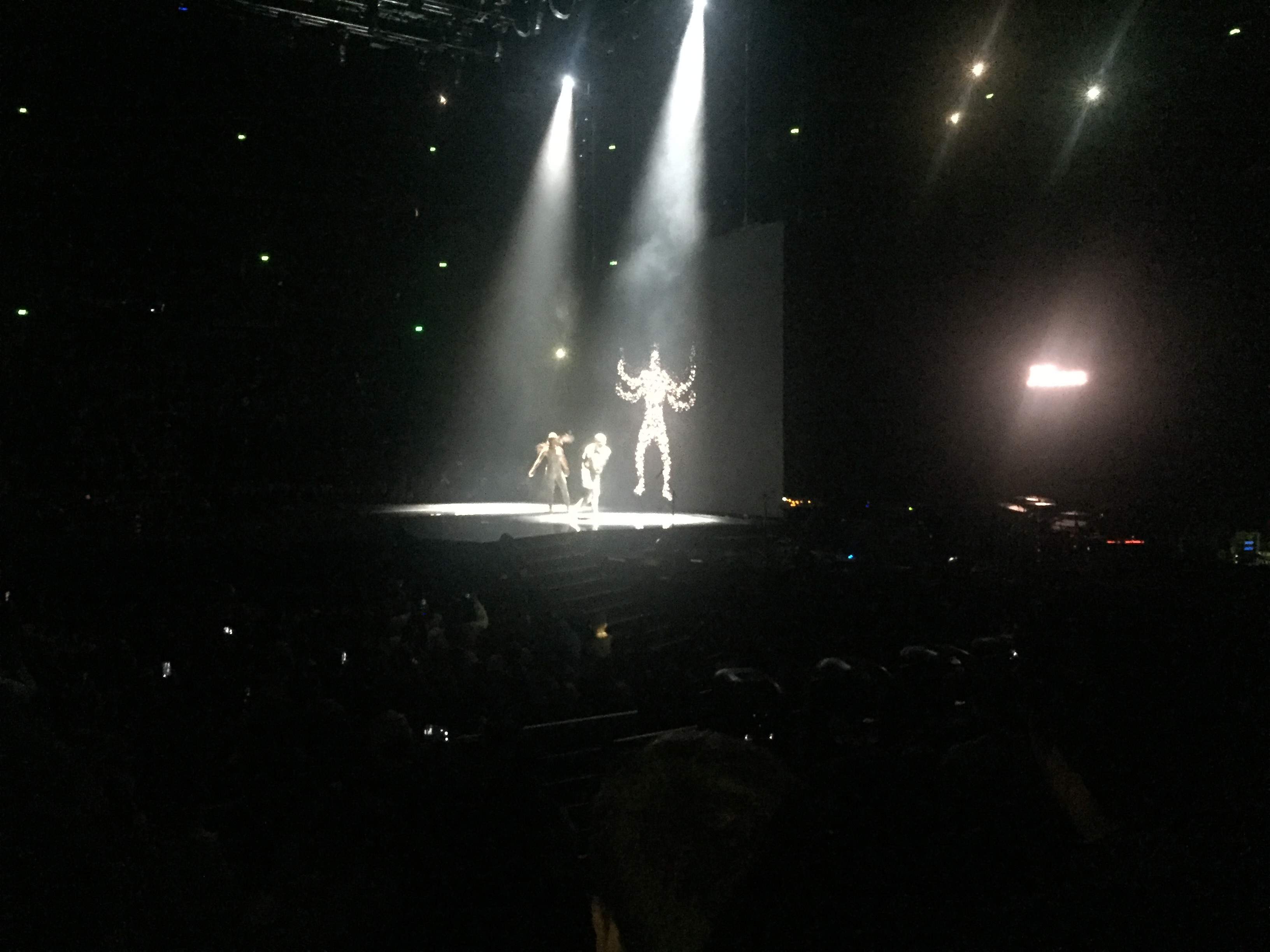 Hodges’s teaching is world class his message came from Acts chapter 2 verses 14 to 21.

His message reminding us that God has given us dreams and visions of a life that is bigger then our own. He frequently mentions the challenges of leading his growing Church having mobile campuses and  a Church that was nine million dollars in debt.

But God has told him to dream bigger and encouraging him to believe that God can make all things possible.Through his God-inspired leadership the Church was able to clear the debt and build new buildings that allowed Church of the Highlands to continue to grow into the second largest Church in the United States.

He then talked about dreaming impossible dreams, how God made his dream of flying in an F-16 come to pass.

He said their were 5 types of dreamers.

There were those that dream, No Dreams.

Hodges said the toughest times of his life came when he had no dreams, it was dreams that God has given him that got him through tough situations.

There were those that dreamed the wrong dreams, these were the dreams that were not from God.

There were also people who had stale dreams, so these were people that had the right dream but they had allowed it go stale.

Then he talked about those that had dreamed dreams that were vague with no clear target or goal in mind.

Then he ended by talking about the dreams that he hoped we all had these were; God honouring, culture-defying, heaven impacting, seemingly impossible dreams.

These were the sorts of dreams that people would not believe were possible.

But we serve a God that can make all things possible and it is only through impossible dreams that we see our culture defied and changed to see the glory of God.

It was an impacting and night and it will continue over the next three days.

Senior Pastor Brian Houston will be preaching at the first session today, which will include masterclasses and sessions that are designed to impact our sphere. 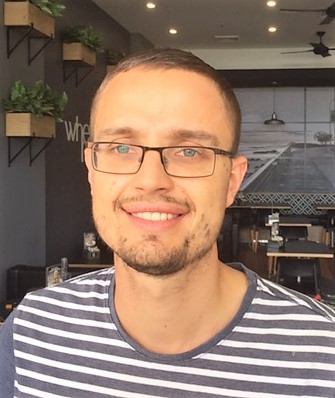