“While he was trying to figure a way out, Joseph had a dream.”

His bride-to-be was pregnant out of wedlock and the baby wasn’t his.

As she told him of her child’s strange conception, the news was like a sword piercing every dream he’d imagined for their future. They were meant to raise a family together, not like this. In Nazareth, feeding your ox on the Sabbath was a big “No-No”. So, this kind of scandal would be talked about in his village…forever.

He was too hurt to listen to her tale about an angel foretelling a messiah who was to be born, not by flesh, but by the Spirit of God. To him it sounded like she was avoiding honesty, and inventing ridiculous excuses. This hurt him even more. He felt betrayed by the one he loved, so he tried to figure a way out.

He would divorce her quietly, not stone her as the law required for a woman caught in adultery. Adultery, the word stung more than any stone. But he was a righteous man, and despite his pain, he couldn’t bare to lose her any more than he already had. While he was plotting his escape from his commitment to Mary, God visited Joseph in a dream. He was trying to run from God’s purpose for his life, but in that moment, God gave Joseph a new dream to reignite his broken ones.

The Holy in the mess

Joseph thought scandal had destroyed God’s plan for his life to marry Mary. But what appeared to be betrayal was God’s Holy Spirit at work. Sometimes what looks like scandal is actually sacred. God wasn’t going to leave Joseph in a state of confusion, He was going to show Joseph—a hurt, yet righteous, dreamer—the Holy in his mess.

Maybe, like Joseph, your God-dream is too messy to unravel. Maybe you’ve been wounded in the past when you were trying to follow your God-given dream, and now it seems too painful to go down that road again. Maybe you feel betrayed. Maybe you’re trying to figure a way out, because God’s purposes aren’t unfolding like you thought they would.

When we, like Joseph, are about to give up on our God-dreams, He wants to remind us:

“Don’t hesitate. Your dream is Spirit-conceived.”

While we’re trying to run away from our dreams because they’re not working out the way we thought they would, God is telling us to stay, to press on, to stand our ground, to see His promise is without compromise; and the hurt, pain and betrayal were for but a moment, but the rejoicing over all that is Spirit-conceived is forever.

His Spirit whispers, “Don’t back down on your dreams, don’t forsake your commitment to stick to my promise, don’t hesitate to act, for this story is bigger than just you, don’t let your pain cloud my purpose.”

The end result is Jesus

The dream of the whole world was conceived in Joseph’s mess. On a personal level, Joseph thought all was falling apart—his fiancé was carrying someone else’s child. But from an eternal perspective everything was coming together—that child was God’s only begotten Son.

At the moment Joseph was about to give up, God gave him a dream that would change everything, not just for him, but for all humanity. Through the watches of the night, God spoke to him:

“Joseph, Son of David, don’t hesitate to get married. Mary’s pregnancy is Spirit-conceived… She will bring forth a son to birth, and when she does, you, Joseph, will name Him Jesus—‘God saves’—because He will save His people from their sins.”

What a task! To be chosen to name God’s Son, Jesus, which means Salvation. Joseph, though a righteous man, still needed to call on the name of Jesus to be saved from his sin. He was chosen to recognise that the sacred overcomes every messy (even scandalous) circumstance and the end result is Jesus.

It’s the same for us.

Whatever we’re facing, the end result is always Jesus.

Jesus to heal our wounds,

Jesus to be compassionate towards us when we feel betrayed,

Jesus to restore our relationships,

Jesus to put fire back in our purpose,

Jesus to save us from ourselves so we can live for Him,

Jesus to bring our impossible dreams back to life.

“Then Joseph woke up. He did exactly what God commanded in the dream. He married Mary… He named the baby Jesus.”

And he learnt that God’s dream was so much bigger than his own. 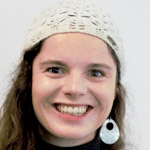 Amy is a Press Services International Columnist from Adelaide. She has a BA in Creative Writing and Screen & Media, and now works as a freelance multimedia journalist. She was runner-up in the 2018 Basil Sellars Award. Her previous articles can be viewed here: http://www.pressserviceinternational.org/amy-manners.html