What shall I do to be saved?” was the question on the lips of early Christians (see Acts chapter 2 verses 37; 16:30) and it remains true for many people today. In fact, this is the most important question anyone can ask, because unless you know the answer to this crucial question and respond appropriately you cannot be saved from eternal hell.

Let’s look a bit closer at the means of salvation from the views of four groups that affirm Christ’s atoning work through His death: Latter-Day Saints (LDS or Mormons), the Jehovah’s Witnesses, the Roman Catholic Church, and the general Protestant position.

The difference is whether Jesus’ sacrifice was sufficient for salvation and is received solely through faith or if other conditions are demanded that require human acts of obedience, in order to be truly saved.

Saved by grace and works

The position that faith alone in Christ alone does not guarantee salvation is effectively a gospel that teaches salvation is both by grace and works. Works are here defined as anything other than faith that is required for salvation. While those who hold to this combination position will likely argue they don’t believe in works-based salvation, based on the definition above, their statements clearly reveal otherwise. 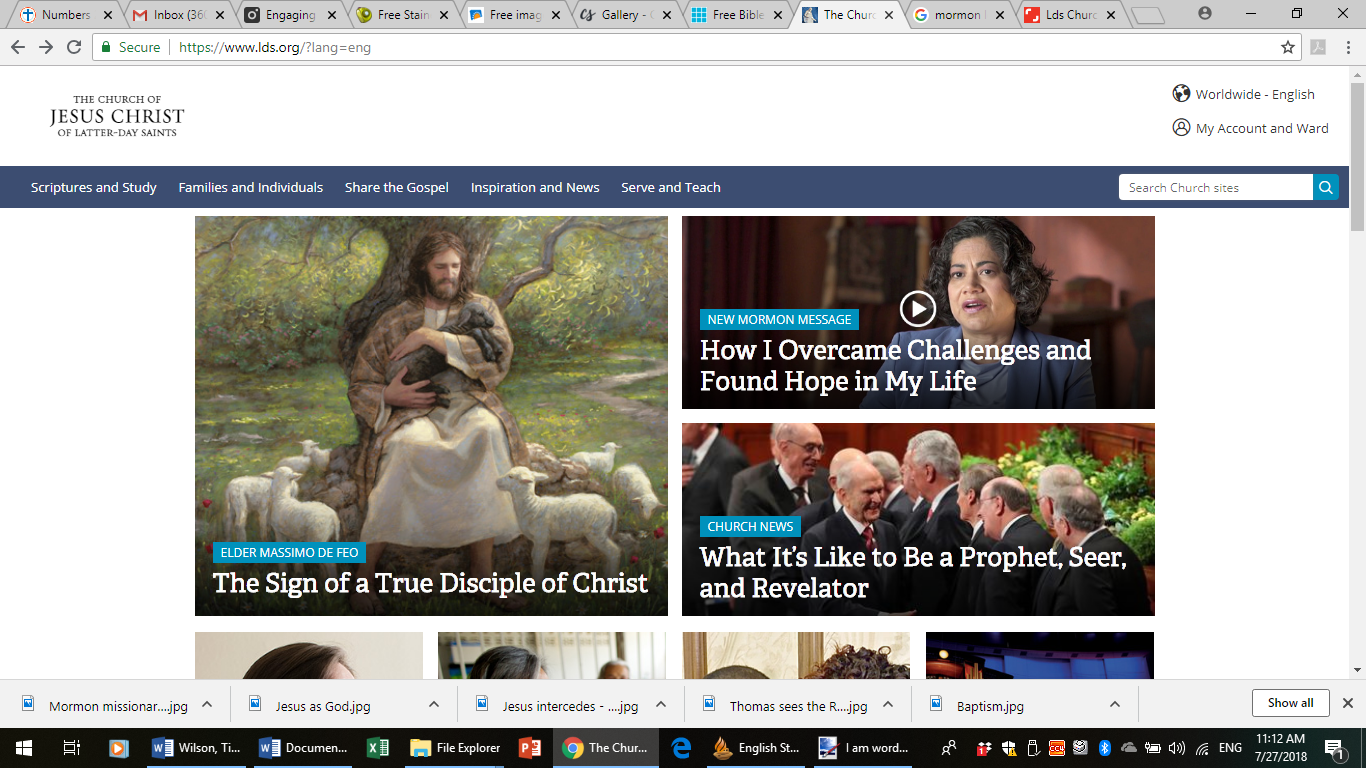 The Jehovah’s Witnesses also clearly teach that salvation is not based on faith in Christ alone. In response to the question, “Is belief in Jesus all that we need to be saved?” the short answer is an explicit “no” and a longer list of qualifications include: “Learn about Jesus and his Father, Jehovah”; “Demonstrate our faith by obeying their commands”; and “continue to demonstrate our faith despite hardships.” 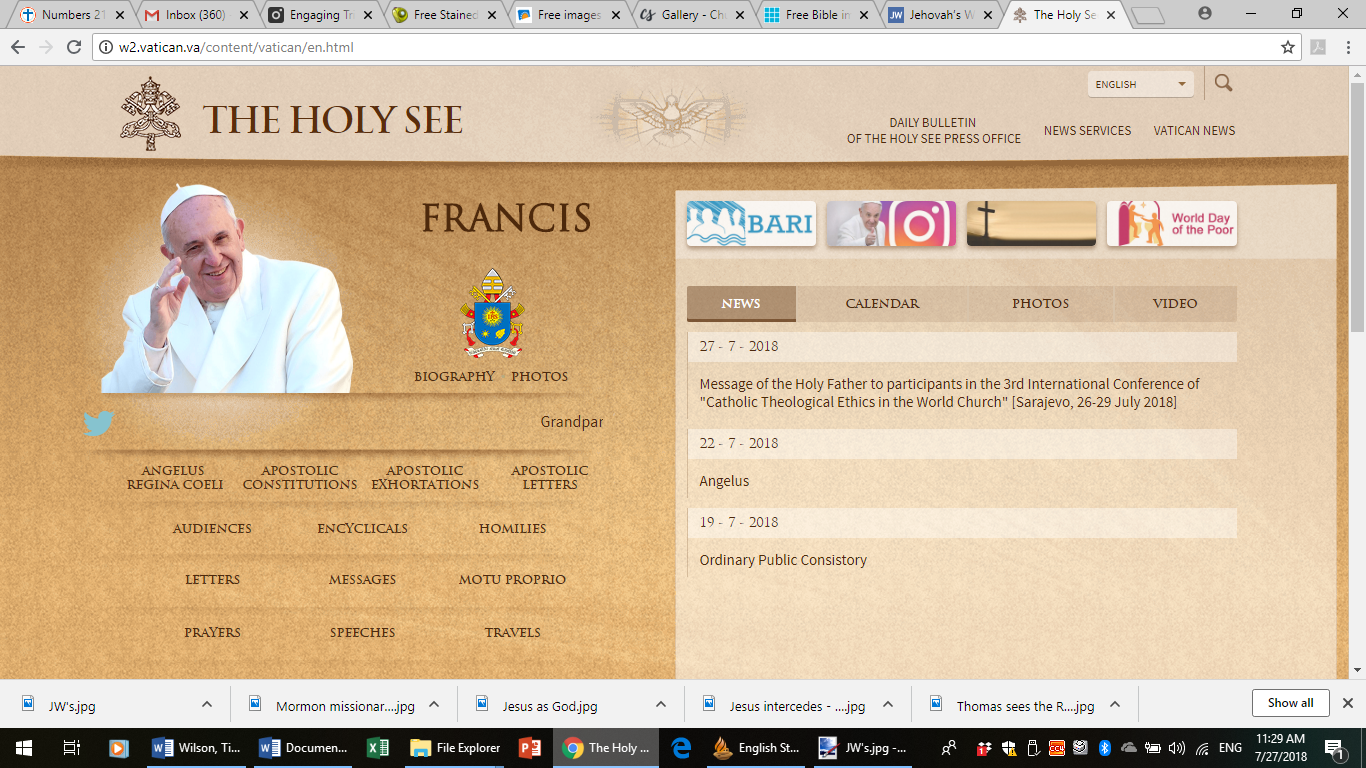 Finally, the Roman Catholic church also demands human actions are needed for salvation, “The Church affirms that for believers the sacraments of the New Covenant are necessary for salvation.”

This statement appears in the Roman Catholic catechism, which also explains what these sacraments are, “Baptism, Confirmation, the Eucharist [or communion], Penance, the Anointing of the Sick, Holy Orders and Matrimony.”

In summary, the official teaching of the LDS, Jehovah’s Witnesses, and the Roman Catholic Church state clearly that salvation is received in part by works. Therefore, this position does not trust in Christ’s death and resurrection work to be completely sufficient for salvation and require people must perform some ‘extra’ activities to be saved.

On the other hand, the general Protestant position is to uphold the reformation cry, “salvation is by grace alone, through faith alone, in Christ alone!”

This statement proclaims that there is nothing that humans can do to be saved. Thus, the position excludes any additional ‘works,’ claiming such a view would destroy the nature of grace and spit in the face of what Christ did on the cross.

In saying this, it is important to understand that Protestants do not deny the necessity of ‘works,’ but these become the result or fruit of salvation, not the means of salvation.

What does the Bible say?

Each of the four groups discussed above give authority to the Bible as God’s Word and thus, should be considered the source of truth for this issue. The idea of works-based salvation stems from verses that emphasize works, including: Jesus’ statement  in Matthew chapter 7, verse 21 that many will be turned away from Him, because they did not do “the will of My Father who is in heaven” and James chapter 2, verse 24, “You see that a man is justified by works and not by faith alone.”

While these verses demonstrate the necessity of works as part of the Christian life, neither of them requires works to be saved. This is evident in context, because the verse in Matthew immediately follows Jesus’ teaching about how to distinguish between true and false teaching. Similarly, in the letter by James, his example in the previous verse (v. 23) was that Abraham was credited with righteousness because of faith (see Gen 15:6), even before the ‘work’ of sacrificing his son, Isaac (see Genesis chapter 22 verses 9-12).

For this reason, the LDS, Jehovah’s Witnesses and Roman Catholic view that works is necessary for salvation can be biblically refuted, although as mentioned, works should be the natural and necessary result of salvation.

Some of the primary references to support the Protestant argument include a strong contrast between faith and works and therefore clearly reveal there can be no works involved in salvation, e.g. (emphasis added)

For these reasons (and many more) the biblical view of salvation is that salvation is by grace alone, through faith alone, in Christ alone!

This statement is the single most important and life-saving declaration you must understand and respond to. So, now the question becomes … “will you be saved?” There is nothing you can do to receive salvation, because before faith, you are dead in your sin, are sinful by nature (Ephesians chapter 2 verses 1-3) and can do nothing to please God (Romans chapter 8 verse 8).

However, John chapter 3, verse 16 tells us “For God so loved the world, that He gave His only begotten Son, that whoever believes in Him shall not perish, but have eternal life.” The guarantee in this popular verse is that if you believe you will receive eternal life.

The question relates to everyone of us - accept what Jesus did on the cross as enough to save you? 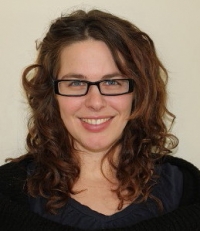