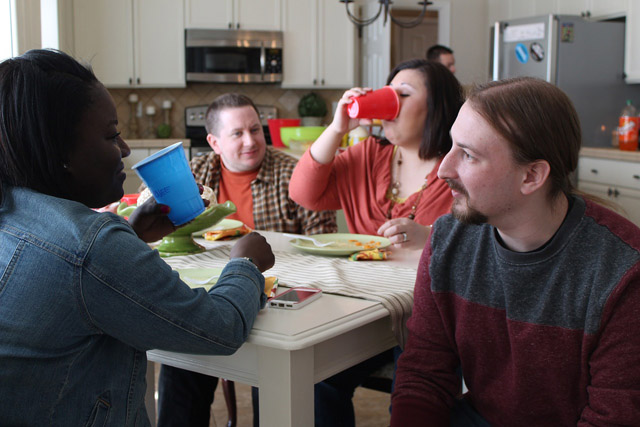 Church on Sundays can kind of feel the same. Although I was born in Australia, my family and I attended a Sri Lankan Tamil Church for many years. The congregation was pretty much the same people week in and week out.

When there’s 200 brown faces in there, unless you’re brown or really brave, it can be a little bit intimidating to walk in. On occasion, someone would get married, or bring their distant relatives, and we’d gain a few new members. On those occasions, I’d look to the ushers to do the welcoming.

Why? Because I’m an introvert. Small talk and welcoming people isn’t my thing. And don’t get me wrong, I love people. However, being Sri Lankan means there are a lot of people already in your life (you know, like your mum wanting 720 people at your wedding!).

By the time Sunday night comes around, I’m often peopled out and can’t be bothered welcoming anyone anymore. It’s not even that I’m choosing to hang out with some people over other people. It’s simply that by the end of a long week, I’m content to not hang out at all.

The day I discovered that maybe I sometimes use the whole “introvert thing” as an excuse.

We had a celebrity visit the church. Think of your favourite celebrity and imagine meeting them. Multiply your reaction by a thousand and you get a picture of what happened the Sunday when Russel Arnold — an international Sri Lankan cricket player — visited OUR church.

Me, who usually lets other people do the welcoming, suddenly became the expert usher as I gave him a tour of the church, showed him what food was on offer and stuck around after the service for a world record time. But I admit, that if a less exciting new-comer came into church that day, I wouldn’t have been so welcoming.

Do we play favourites?

Are there people whom we choose not to speak to because we think we can’t relate to them? Maybe they’re from a less prestigious profession, or a different background and we’re not sure if we have anything in common.

Maybe we find an excuse like I did. Excuses like, ‘I’m an introvert’ or thinking it’s the usher’s job to do the welcoming. Yet sometimes, deep down, we know if someone exciting enough was to walk in, our tiredness wouldn’t be so much of an issue.

James reminds us that we dishonour God when we play favourites; when we favour the rich over the poor. In verse 8 he gives us the cure to discrimination, “If you really keep the royal law found in Scripture, “Love your neighbour as yourself,” you are doing right.”

Loving your neighbour as yourself was as strongly counter-cultural back then as it is now. It was spoken by Jesus but it’s not a new law, we also find it in the Old Testament in Leviticus.

Loving your neighbour is the royal law

James calls us to observe the ‘royal law’ so that we don’t end up being hypocritical: to make sure we don’t say we love God in church and in the same breath forget the vulnerable whom God loves.

The maker of the ‘royal law’ lived it out Himself

Jesus humbled Himself – He laid aside His majestic status to become a mere human even being born in a stable. Jesus put aside the richness of being God and chose to be a poor man for our sake. He made Himself man so that we could recognise Him and live alongside Him.

Jesus calls us to live by the values of His kingdom which are different from those the world will try and sell us. He calls us to love our neighbours, knowing there’ll be times we will fail. When we fail, His death on the cross has already paid for it all, and in forgiving us, He also transforms us.

His Spirit helps us become more like Him so that the effort to love each other draws not from our own strength but from drawing on His love.

During His time on earth, Jesus showed us how to love our neighbours. He invited the dishonest tax collector over for a meal, He healed the lepers who were deemed untouchable, He reached out to the blind man, the lame and the woman who was bleeding.

He redeemed the prostitute when others condemned her. He felt genuine love for the rich man even though this man walked away from Him. He washed the feet of all His disciples when He knew Judas would betray Him in the end.

This is unprejudiced love, even when it’s difficult. God calls us to do the same. 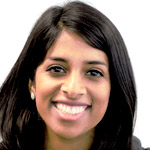 Melissa Ramoo is a physiotherapist, student minister at St Anne’s in Strathfield and is studying Bachelor of Theology at Morling College in Sydney. She is married to her husband Roshan and has a Boston Terrier named Hercules who is completely doted on.