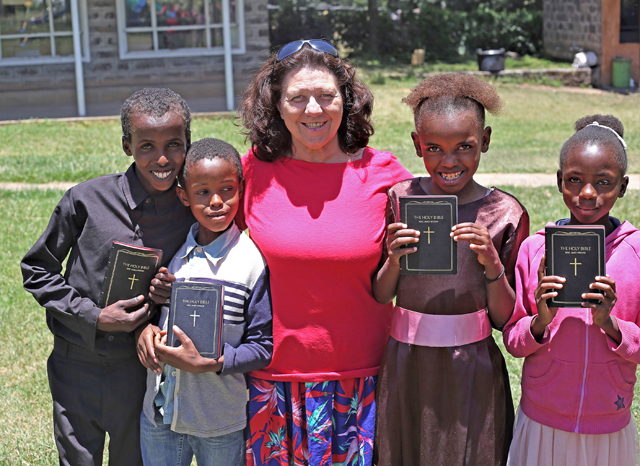 The East African Mission Orphanage (EAMO) was established in 1997 by a NSW Central Coast Christian couple Ralph & May Spinks in Nakuru, Kenya.

Their stated aim in the name of Christ was to provide a 'new home and a better life” to orphaned and abandoned children. Together, Ralph and May have seen literally hundreds of children pass through their gates, and have been the only Mum and Dad that many of the kids have known.

My wife Leanne and I first visited EAMO while doing a tour from Nairobi to Kigali Rwanda in 2011. The itinerary included a visit to beautiful Lake Nakuru National Park, with accommodation at the East African Mission Orphanage.

On our arrival at the Orphanage we were met by some of the children, who were delighted to show us their home, and that night Ralph came and shared with us the EAMO story.

The next day we did our game drive at the lake and on returning to camp at the Orphanage, were challenged to a game of soccer, and invited to join the kids for dinner. Leanne and I had some extra questions for Ralph, and asked if we could return as volunteers?

We've since been able to return on four separate occasions, and have been able to form good relationships with Ralph and May, their team of Carers, and especially the children.

Over the years, EAMO has undergone many changes, and now has separate boys and girls dormitories, and a nursery section, (babies to five years, or until the child is ready to move into the dorm). There is a large dining hall, and the onsite award winning EAMO Academy, from kindergarten to year 8 primary.

The EAMO Academy has been rated as being amongst the top schools in the region, and four of the now, young adults have graduated with University Degrees and another three have gained Tertiary Trade qualifications.

The East African Mission Orphanage is a not for profit organisation, registered as a charity with the Kenyan Government, and has the support of the Australian High Commission in Nairobi.

As such it relies on donations from people like you to fund the many ongoing projects, and especially, sponsorship. Just AUS$1.50 per day will provide three meals a day, accommodation, clothing, healthcare, and an education to a child at EAMO.

Ziwa Bush Lodge can also arrange the “EAMO Experience” which includes a tour of the Orphanage, and Dinner with the Children. After dinner, either return to the Lodge or stay, and be entertained by the beautiful voices of the EAMO Choir!

There have been so many children who have had their lives changed by their “new lives” at EAMO, but two come immediately to mind.

Minnie came to EAMO in 2006 as an extremely malnourished one year old along with her two brothers. When Minnie’s mother died, they were left in the care of their 15 year old sister.

Their aunt brought them to EAMO when it became clear the sister and herself were unable to provide for the three children. Today, thanks to the love and care given by Ralph and May, and their dedicated team of local Kenyan Carers, Minnie is a very happy and healthy 14 year old.

Muhammed is another child whose life has been changed through the love, care, and acceptance he’s found at EAMO arriving in July 2018. Also, due to the Gospel message that is openly shared at the Orphanage, Muhammed has experienced the life changing power of having a relationship with Christ.

Having been disowned by his father after realising that Muhammed was HIV Positive, He left the child with a Good Samaritan and disappeared and cannot be traced for support of the child.

The original care givers found the child at the mosque when he went for prayers and decided to look for support of the child. Due to the poor economic condition of the carer giver, he requested the children’s officer’s support of placing the child in a children’s home where he would be able to get proper support, shelter and other basic needs.

Before leaving Australia, Leanne and I were able to arrange to purchase 50 Bibles through the Bible Society of Kenya. On arrival at EAMO, Ralph and May Spinks were delighted to be able to present the children with their very own Bible!

We’d heard about Muhammed, and he was most excited to receive his bible, and we suggested that he begin with reading John’s Gospel. Some days later, we asked how his reading was progressing, and he very excitedly told us that he could understand it!

As a Muslim child, he had to read the Quran which he couldn’t understand as it was in Arabic, but his bible was in English, and he enjoys reading, and learning about Jesus.

Leanne and James Heriot believe the verse that compels them to be involved with EAMO in found in Matthew 25:40 “The King will reply, ‘Truly I tell you, whatever you did for one of the least of these brothers and sisters of mine, you did for me.”

For further information on any aspect of the East African Mission Orphanage, please do not hesitate to contact me at jkheriot@gmail.com. 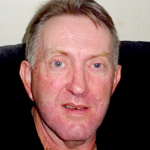 Leanne, (55), a sterilising technician, originally from Adelaide SA, and James, (56), a kitchen hand, originally from Wollongong NSW live in Ipswich Queensland where they are members of a local Baptist Church. They married in 1996, and while they have no children of their own, they are currently sponsoring, and have met, three children through Compassion, and a further three through the East African Mission Orphanage, (two in boarding school – high school, and one at EAMO).

Leanne, (55), a sterilising technician, originally from Adelaide SA, and James, (56), a kitchen hand, originally from Wollongong NSW live in Ipswich Queensland where they are members of a local Baptist Church. They married in 1996, and while they have no children of their own, they are currently sponsoring, and have met, three children through Compassion, and a further three through the East African Mission Orphanage, (two in boarding school – high school, and one at EAMO).