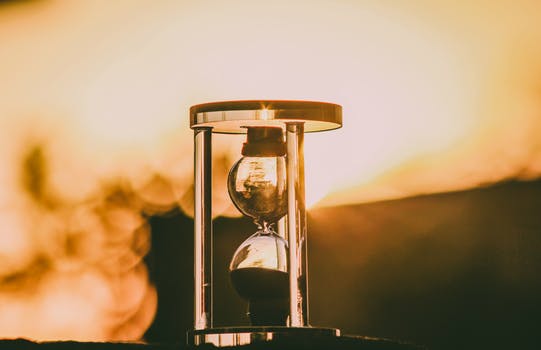 Nearly seven months ago when we had our first scan after finding out Haley was pregnant. It revealed we were having twin boys, we were shocked and absolutely in awe of what the Lord had given us.

To set the scene, it took us 18 months to fall pregnant with our daughter Chelsea. All the research we had done said 4 months was the norm. After 12 months we decided to seek help from the specialists. All our tests came back normal. There was nothing suggesting we shouldn’t be falling pregnant. Doctors had no answer for us. Just around the 18 month mark we were thinking of looking into IVF.

We didn’t have the money at the time and we knew this could also be an expensive and emotional journey. We wanted kids and we were trusting the Lord for it. Rewind almost 2 years ago to the day, Chelsea was born.

She was born premature, 35 weeks and 4 days and healthy. Weighing 2.786kg’s. She only needed a little bit of breathing and feeding support and 10 days later we took her home. Unfortunately for Haley the pregnancy was fairly traumatic for her. She was sick every single day, all day and she found herself bed ridden for the majority of that pregnancy.

After about a year we were keen to try for another. This time it only took 3 months, we were feeling very blessed. For Haley it was another terrible time, she was so sick she stopped work at 24 weeks and was bed ridden for the remainder of the pregnancy. The boys were born premature, early August at 35 weeks and 1 day. We were not concerned as this seemed like it was going to be exactly the same as Chelsea’s birth. We were confident that all would be well and we would be out of hospital with the boys in just over a week.

As I write this article both my boys are still in the hospital 25 days later. August 7 and the days that followed will be remembered not only for the joy of becoming a parent to 3 children, but a roller coaster of emotion that threatened to break my faith.

Both boys were born over a 45-minute period and their lungs were not developed enough for them to sufficiently breath on their own. I walked into the neonatal ward and watched in horror as doctors frantically tried so save my boys lives. They were both intubated with artificial ventilation helping them breath. They were tiny weighting 2.2kgs each.

Nathan my eldest twin recovered quite quickly, 24 hours later he would be off breathing support and continued to improve from that day onwards. My youngest Ryan had a rocky road ahead of him. It took 40 minutes for my boy to be born, he got stuck coming down the birth canal. Doctors used a suction cap device to help pull him out.

This would cause a subgaleal haematoma, where 10% of his body’s blood volume leaked into the space between his skull and lower level of flesh. His haemoglobin levels were so low doctors were making plans to give him a blood transfusion. He would be on breathing support for the rest of the first week. In his second week his digestive system shut up shop and would not work.

He would vomit up every feed as none of it was being passed on from the stomach to the intestines. Doctors reduced his feeds to see whether his digestive system would start working again, it did not.

Doctors then made the decision to put a central line into him, as my boy needed hydration, he needed nutrition, he needed calories. This is how he would be the entire 2nd week of his life, doctors feeding him a small amount of breast milk, 1ml every 12 hours to try and get his digestive system going again. Toward the end of that second week, we started to see some improvements and were feeling positive about his recovery.

At the beginning of the third week, my little guy would develop septic meningitis and for the first time in two weeks, doctors said to us that they were really worried about him. His breathing was starting to fail again, he would stop breathing twice every minute for around 10 to 15 seconds. Doctors were making plans to intubate him again and send him to the Royal Brisbane Hospital.

This moment broke me. You see from the moment we found out we were pregnant, I prayed every night for my boys. I especially prayed for them to be strong, robust and resilient. These boys were going to be history makers, planets shakers and culture changers and here was my boy hanging on by a thread. I walked a line of great faith and uncontrollable anger with God. I know Haley had a similar journey.

We were shattered, we were so weary. The emotional toll on us was heavy. I questioned God, why is this happening? Was I not faithful with my prayers for my boys? Did I not cry out to you daily for these boys to be warriors for our Faith? While one twin was growing well, the other was drifting away.

God and the Christian community was all we could turn to and in the midst of arguably mine and Haley’s most challenging trial. This is where we saw miracles happen, this is where we saw God work, this is where God used the Christian community to wrap his arms around us and carry us through this turmoil. A prayer request was sent out and from what I can gather, hundreds of people from across my work place, my current church, my old church from across the world even were praying and fasting for my boys.

The very next morning, we walked into the hospital to see how Ryan had faired overnight. We were expecting the grey, gaunt and lethargic little body we wept over the day before. We saw a pink, vibrant and alert baby! Nurses and doctors were stunned with the progress he had made in such a short time. For the remainder of that week, we would pray, we would fast, we would seek the Lord for full healing of Ryan.

We claimed God’s promises over him particularly 1 Peter chapter 5 verse 10 “May the God of all grace, who called you to his eternal glory in Christ, after you have suffered a little while, will himself restore you and make you strong, firm and steadfast.” 25 days after he was born, not only is he slightly heavier than his older brother. He is up to full feeds, his central line is finally out and just yesterday had his first bath and dressed in his first baby clothes.

Some of the giants of faith in my own life have never been able to have children, some of those who I look up to and admire suffered miscarriages and some of those who inspire me have actually lost a child. All these people have shown me what true faith is, regardless of their situation.

Even when it hurt the most in their life, even though they never understood what was going on, they continued to praise God’s name and this has made all the difference.