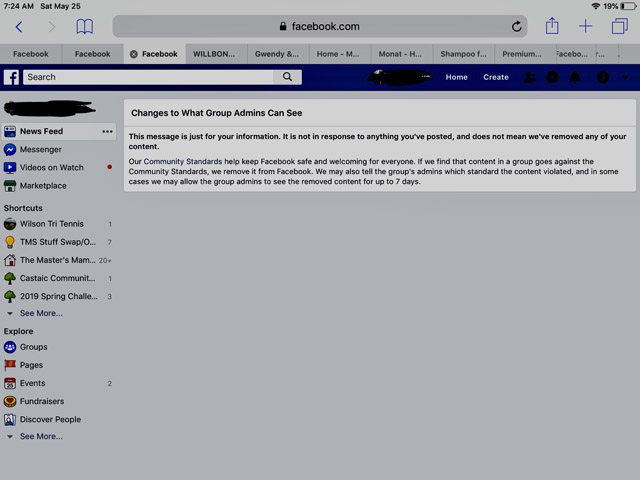 If we lived in a communist country, I would expect censorship.  I would expect the government to track their people and keep good tabs on who is being a good citizen. I would expect my speech and ability to communicate on the computer to be restricted.

But, I don’t. I live in the self-declared freest nation in the world, the United States of America.  And yet, recently, Facebook has been changing some of the way groups are run on their social media platforms.  They have decided that rather than let the group administratorsof each page decide what is the standard of propriety for their own groups, Facebook has made themselves the enforcer of each group.

They have a right to flag content and remove posts from your grouppage and then tell you about it.  They have decided that they get to make the rules about what is “welcoming and safe,” and they get to enforce it.

I admin for a Facebook group that’s sole purpose is to bless incoming seminary students and their families and was just informed by Facebook that they are now an administrator of my group as well. They are going to be watching our group to make sure it keeps up with the Facebook standard of “safe and welcoming.”

I moderate the page and if I deem posts to be unsuitable, I remove them, I don’t need Facebook telling me what to as they don’t hold up to my standard.

Why is this concerning for Christians?

My concern with Facebook becoming the moderator is that they get to deem what is socially acceptable and not. They are going to set the tone for the next generation of users and what they can see and not see.  While I do understand that some of this is to stop the streaming of live shooters and true hate crimes, it treats us all like criminals.  Their standards are a joke and seem contradicting.

They want to push inclusivity to the extreme yet ban people who disagree religiously.People can post pictures of people in parades where men and women are walking in sexually provocative bondage outfits(people walking around in chains and leather, as a gross illustration of their sexual perversion),yet if a world renown preacher posts a sermonabout the depravity of mankind, and the need for a savior like Paul Washer did, his sermon is flagged and removed from Facebook as they deemed it as “hate speech.”

What was he guilty of hating? Well, he told the world that all of mankind is corrupt and “all had sinned and fall short of the glory of God.”  But that isn’t a new quote from Paul Washer rather it is taken from the book Romans, chapter 3, verse 23.  So basically, Facebook is saying they disagree with the standard God has set (not man).

Unfortunately, the Facebook world doesn’t have the same standard of what is “safe and welcoming,” as most Christians do.  While we still have some freedom to post

While we still have some freedom to post,take time to share about the hope you have in Christ. That ‘while we were still sinners Christ died for us’.  It wasn’t in our goodness that Christ died for us. It was cause of our sin.  I find so much hope in 1 Corinthians chapters 6, verse 9 to 11.

It lists a whole bunch of sins that are common to mankind like sexual sins, sins of the heart, etc., and then ends with “as were some of you, but you were washed, but you were sanctified, but you were justified in the name of the Lord Jesus Christ and in the Spirit of our God.”

How encouraging that Jesus saves all walks of people that there is no sin that is left out and not able to be forgiven. Proclaim that! Tell the truth while you still can.  The truth is that we were all once sinners, just some of us have been saved by grace.

When we do post in groups or on our own page, lets uphold to a Christ like standard.  Don’t slander, gossip, use unkind words or hate or repost things that carrythat message. I know that people post things we disagree with, but don’t attack them.  Even if you have totally different viewpoint on the matter, don’t use deeming language and attack them as a person.

Be kind. Sure debate an issue, but remember that you are responding to a human not a computer.  They may use awful language towards you but you are to respond with kindness and be a light that Christ tells us to be in Matthew chapter 5, verse 16.

This is a hard one, but honestly, I realize that my days on Facebook may be numbered. I wonder is Facebook beneficial for walk with God.  If Facebook is against my religion and me being allowed to share my thoughts about it, should I support them?

Should I give them my money by being an advertising pawn for them, or should I instead pick up the phone and meet up with a friend and live life, rather than show life on Facebook.  Ultimately, this decision is between you and God. 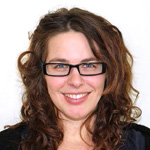