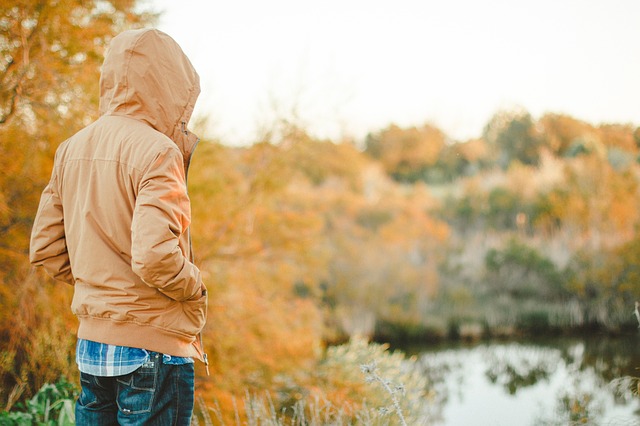 It is easy to be influenced by what we see on the television, what we hear on the radio, and what we see in movies. In our culture, it is very acceptable to take the approach that forgiving others is optional. This idea seems to be further reaffirmed through films, tv shows, and discourse on the radio. I have listened to countless callers ring radio programs, asking for advice as to whether they should forgive someone who has wronged them. Similarly, in tv shows and movies, depending on the storyline, we often see characters struggling to forgive.

Forgiving is the only option

Forgiveness is no doubt a struggle for everyone. Depending on the severity of the situation, it is often very difficult to forgive people who deeply wound us. Forgiving isn’t only a one time occurrence either - we often have memories of what occurred, something may trigger our memory, and we need to make ourselves forgive again and again.

Even in popular culture, it can be presented as socially acceptable not to forgive someone. Particularly if what they have done is very serious. It is sometimes even deemed acceptable to seek revenge against people who have wronged us, because “they deserve it” and “they don’t deserve to be forgiven by me”.

However, as Christians, our only option is to forgive. If we have truly understood how sinful we are, and how we have undeservedly been forgiven by God through Christ, how can we not forgive others? None of us deserve to be forgiven, and yet if we repent, we are instantly forgiven by God. I am sure all Christians agree with this, but it is certainly easier said than done. When we are angry or upset, we can let these emotions cloud our judgement. However, when we choose to forgive others, it actually helps us not to become bitter and overcome with negative emotions. Therefore it is just as much for our own benefit, as it is for others, if not more.

Why is it so hard to forgive?

We are all flawed human beings with different personalities, so the reason we struggle to forgive ranges from person to person. From what I have observed, and through my conversations with other Christians, it seems that a big part of our struggle to forgive, is perhaps linked to the fact that we feel justice is not going to be served if we forgive a person. In some ways, this means that we are not fully trusting in God. All throughout the Bible, God is described as a just God. He sent his only begotten son to pay for our sins. We need to trust him to be the judge and leave the judgment up to him, because God is the only one who can judge and not become evil himself.

We sometimes think that if we forgive quickly, or forgive at all, people who have wronged us will not understand the severity of what they have done to so seriously offend us. However, this can be dangerous territory where we let our pride and our ego control our feelings. We need to pray about whatever has happened and let God be God. God is a just and fair God and we need to trust that everything is in his hands.

A good example of forgiveness

When I think of stories from the Bible that model forgiveness, I am immediately reminded of the story of Joseph and his brothers in Genesis. Joseph’s brothers were jealous of the favour his father Jacob showed towards him, often at the expense of the brothers. They became increasingly resentful of Joseph, so they ended up selling him to Egypt to become a slave. Many years pass and Joseph one day miraculously becomes ruler of Egypt. When he eventually meets his brothers again they weep and ask for forgiveness. Joseph then says to them “Do not be afraid! Am I in the place of God”? Joseph acknowledges that it is God’s place to judge. I see this story as an extraordinary example of forgiveness, given the circumstances. Joseph was betrayed by his own brothers and would have suffered for many years as an Egyptian slave. Nevertheless, he still chooses to forgive because it pleases God. Whenever we struggle to forgive others we should be reminded of this story, and more importantly, reminded of the fact that we ourselves have been forgiven, therefore we must forgive others.