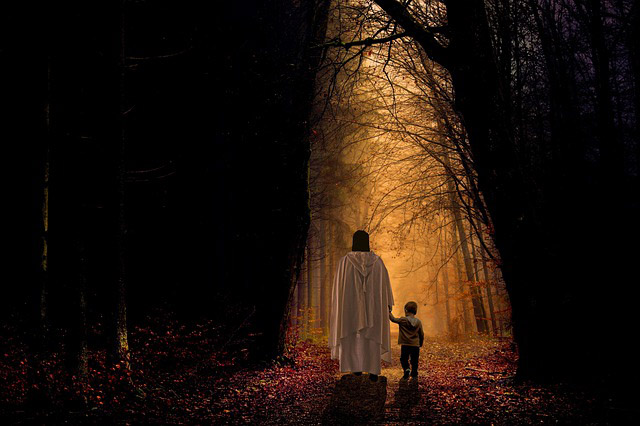 I recently spent two months in a lot of pain, feeling a degree of loneliness I didn’t realize I could even feel in the midst of a loving community and with a supportive family just a phone call away. This was a process of deeper shifting, not solved by the good intentions of those around me, and so it didn’t matter that no one really understood what I was going through.

When I asked the Lord if I should take action to change the situation, I strongly felt His direction to just...wait.

And so, I did. And I simultaneously felt the generous comfort of a loving Father, right alongside the powerful pain of not knowing when the “end” of this season of high tension would come. (He really is near to the broken-hearted, that I learned!)

At one point, I felt so wrung out and empty that I just laid down on my driveway and looked up at all the stars. Diamonds spilled across a black velvet sky, steadily twinkling unfathomably high above my small, crumpled self. I tried to remind myself about the majesty of the universe, about how truly minuscule my problems were in relation to the bigness of God’s love... and though I believed it, it felt like an ineffective platitude; a band-aid on a broken arm.

Instead of trying to convince my way to comfort, I chose to actually speak up. I complained to the Lord with tears thinning out my voice, “Nobody knows how hard this has been.”

It even sounded pitiful in my own ears, and I honestly expected Him to respond in a Fatherly, kind-but-stern way: To tell me there was no sense in throwing pity parties for myself, to get a pep talk to “buck up and stand on truth instead of my feelings.” I readied myself for a little correction.

Instead, He responded with powerful gentleness: “I do.”

We worship a God who knows. Who really knows. Not just in a general, “I know because I know everything” way, but in the gritty, specific understanding that can only come from Him having actually lived a human life, experiencing the human experience.

He knows what I’m talking about when I’m crushed with sadness or blind with panic. He probably also experienced sleepless nights, pained silence, the difficulty of waiting while it hurts. He doesn’t need me to be able to articulate or justify what I’m feeling because He gets it. He gets me. He gets us.

And He ‘cares’! He doesn’t just reduce the human experience to a less-than preview of heaven in which He only intervenes when necessary: He wants to take our time here on this earth to confront our euphoria and our heartache, meet us in the mundane and unimpressive, work with our limitations and our interpretation of the big world around us, and actually show us more of Himself in the midst of it all.

He wants to show us that He sees us. He wants to come alongside us as the whole story plays out. He wants to be the comforter He promised He’d be, reveal Himself as the Father He has always been, give meaning to the fact that He is the lover-of-our-souls that we’ve barely begun to comprehend.

God took the initiative to come down and meet us where we are, through His son Jesus. He has never stopped meeting us where we are…and He never will. He understands, and addresses us with infinite patience and kindness, because He is truly Immanuel: God With Us. 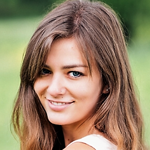 Mayce Fischer is a Press Service International young writer from the USA currently based in Brisbane, Queensland. Mayce is now taking a rest from writing.

Mayce Fischer is a Press Service International young writer from the USA currently based in Brisbane, Queensland. Mayce is now taking a rest from writing.