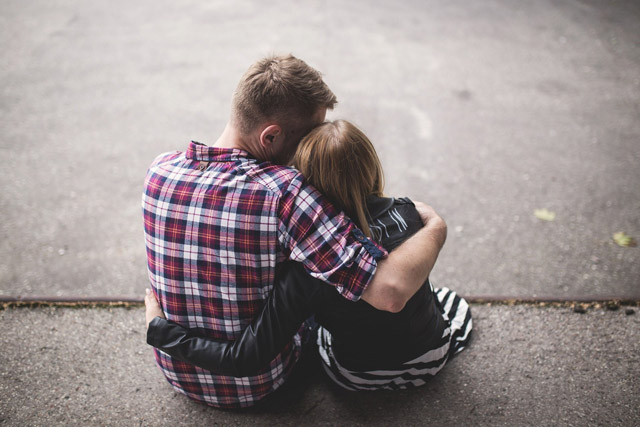 Following on from my previous article I ask: How can Australian’s ‘go well beyond blue?’ In other words, how can we decisively win the battlefield of the mind?

Has Christmas and New Year time been refreshing for you?

I hope the Christmas New Year season has been a merry one for you all.  How can it not be? You eat what you want. Stay up late to celebrate. It's time off work. Receive some presents.  Go out and see new things. Enjoy some Boxing Day sales.

On the surface it’s all great.  And yes, many of us can say it has been fantastic time.  However, how many of us have experienced more conflict and frustration feeling driven to be ready for festivities or expectations not being met etc…?  Has going well beyond the blues been illusive?

How can we grow in contentment over the holiday period?

I was blessed to have long service leave over this Christmas period. It’s been my first substantial leave period and with twins aged two and a six year old girl some serious family time was due.

We’ve adopted some new and creative ways to do things together for this summer period. Last night, I was at a night market with my six year old daughter doing live painting together as we sold my art and cards in our stall. Incidentally, with around 30,000 people passing by the atmosphere was pumping. Josie my girl sold a lot of things and won many hearts and we contended for people’s souls.  We went well beyond the blues!

On completion, as we packed up, I told the seller adjacent that the best part of the night was being together and watching my daughter grow.  He promptly said “enjoy it while it lasts!” While I appreciate the brevity of what he is saying, I felt to not just let it play out like that, but speak faith into that area.

On the way home, I took the opportunity to share to my daughter about his comment and made a case for the strength of our relationship and that is was God’s will for us to be close knit, all of our lives.  I shared why I brought her to the market, to bond and for her to know her talents and life direction at an early age.  She instantly responded, “the man who said that doesn’t know how close we are and that we will be close all our lives.” I was so blessed to hear that.

And the following day, a deeper conviction was revealed. We had a visitor over our house and I raised the incident with them. My daughter shared that the bible says we need to honour our parents. Honour also means to give time and invest in the relationship. My wife and I felt so blessed; we are raising a child with her head screwed on properly!  I think a major part of going well beyond the blues has to do with sowing into strong family life.

I recall Psalm chapter 127 Verses 4 to 5 says “Like arrows in the hand of a warrior are children born in one’s youth. Blessed is the man who quiver is full of them. They will not be put to shame when they contend with their opponents in court.” The same spirit of God who inspired those words also inspired the words “Train up a child in the way he should go; even when he is old he will not depart from it.” (Proverbs chapter 27 verse 6) In other words, kids are intended to be a blessing not a liability, but it’s contingent on investing into their lives!

My wife and I spent some time in bed sharing about her progress and the kids overall, and we thanked each other for the many efforts made to raise her God’s way, which are bearing fruit. Any tensions due to some hectic moments over the festive seasons melted away.

To summarise what must we do to have a better and truly rejuvenating, refreshing holiday period?

I got asked by a friend recently how are your holidays going?  I shared about some enriching family experiences and also that the word holiday comes from the root word “holy day.” Friends, I recently encountered God in his holiness in a special way; His immensity, His deity, His separateness and I wept awe. In response, I felt separated to Him and a heightened rejuvenation and sense of optimism for 2019. I sky rocketed beyond any blues!

And interestingly, today I stumbled onto a recording of a prophetic word I received in 2012 which stated, “You are going to have a burning bush encounter to strengthen you in your calling. We only read about one encounter like this in the bible; yours too will be unique. Like Moses you will impact a multitude and bless the body of Christ.” Friends, it is a confirmation and encouragement for us all to draw near to Him!

Paul stated to the Romans, and it might as well been about Christmas: “For the kingdom of God is not a matter of food and drink, but of righteous, peace and joy in the spirit.”

Friends, I say it again holidays are meant to be Holy Days! Seek Him for 2019. Go beyond the blues by stepping into the moves of God! 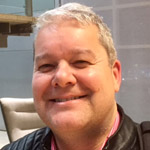 Mark Rusic was born in Melbourne and has a bachelor in Mechanical engineering. He became a missionary to many suffering great hardship on Madura island in Indonesia for about 4 years in the early 1990’s. He has worked as a pastor over the past 17 years.  Mark is also an artist and author and has also written two books which are a collection of his own paintings, photography and poetry. These include ‘Iconic Melbourne of Australia’ and ‘Iconic Animals of Australia with a voice to release your giant potential within.’ He has been counted among some of Australia’s best-selling authors since 2014 and is a frequent public speaker in various community groups and churches, with a special grace for discipleship and to help people find and release what they are born for. If this article encouraged you do email Mark with your comments on markrusic@gmail.com.

Mark Rusic was born in Melbourne and has a bachelor in Mechanical engineering. He became a missionary to many suffering hardship and poverty on Madura Island in Indonesia, for about 4 years, from 1990. He has worked as a pastor-life coach over the past 17 years in Hope International Ministries.  Mark is also an artist and author and has also written two books which are a collection of his own paintings, photography and poetry. These include ‘Iconic Melbourne of Australia’ and ‘Iconic Animals of Australia with a voice to release your giant potential within.’ He has been counted among some of Australia’s best-selling authors since 2014 and is a public speaker in various community groups, organisations and churches. He has a special grace to help people find and release why they were born. See iconiccolours.com for more information about Mark’s services.