I’ve always wondered what Esther was thinking on the first night she invited her husband, the King of Persia, and Haman, a high-ranking senior official in the King’s court, to dinner.

That night she was meaning to tell King Xerxes that Haman schemed a cunning plan to kills all the Jews in the Kingdom of Persia. Haman had tricked Xerxes into signing a decree that allows all people to “destroy, to kill and to annihilate all the Jews, both young and old, little children and women in one day… and to plunder their possessions” (Esther chapter 3 verse 13).

Esther herself was a Jew but she didn’t reveal her identity when she was chosen to be in the running to be the next Queen of Persia. And now, an opportunity has come up for Esther to confront the villainous Haman in front of her husband, King Xerxes.

She asked the King if he and Haman could return the next night for dinner and then she’d reveal what’s on her mind. It was a bold thing for her to do considering she was frightened about asking her husband for dinner the first night.

When her adoptive father, Mordecai, persuaded Esther to ask the King for help, Esther was afraid, telling him that “for any man or woman who approaches the king in the inner court without being summoned… they be put to death unless the king extends the gold sceptre to them and spares their lives. But thirty days have passed since I was called to go to the king” (Esther chapter 4 verse 11).

It’s been a month since Esther saw the King, and Esther had bravely went up to see him and was – luckily – pardoned for requesting to see the King. Now in her first time in a long time to see Xerxes and have a meal with him, this should be the best time to tell him of Haman’s treacherous plans.

But for some reason she wanted to wait one more night.

Against all odds: The ominous day of genocide approaching and Haman’s fixation on eliminating Mordecai, Esther decided to wait. The timing’s not right. Just one more day. She asked the King to come back again with Haman tomorrow night.

And that timing changed everything.

Those two key changes were good timing to help Xerxes see the man that Haman really was and the noble character of Mordecai, which had surely cemented his trust in Esther when she told him: “I and my people have been sold to be destroyed, killed and annihilated. If we had merely been sold as male and female slaves, I would have kept quiet, because no such distress would justify disturbing the king” (Esther chapter 7 verse 4).

The reveal of Haman’s plan wouldn’t be as satisfying without that one extra night.

Esther’s intuition along with God’s providence had shaped the course of Jewish history forever.

In a world where speed and ‘instant’ is everything. I believe that good timing is much needed. Good timing may involve an extra day or two to think on it but it could also involve immediacy to action. Good timing can make a positive difference.

Where in your life do you have to slow down in your choices and decisions?

Where in your life do you have to act faster and seize the moment? 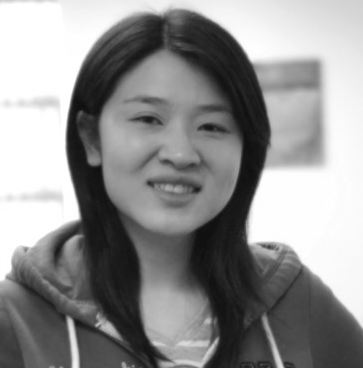 Rachel is a youth pastor at Northern Life Baptist Church. She also teaches SRE at a public school in Sydney’s North Shore. Besides working in ministry, Rachel loves studying at Morling College. She is about to finish her Master of Divinity there. You can also find Rachel’s previous article here: https://christiantoday.com.au/news/when-envy-rears-its-ugly-head.html

Rachel is a pastor, preacher and writer. Based in Sydney, she’s a fan of literature, sport and the arts. Check out her website rachellhli.wordpress.com