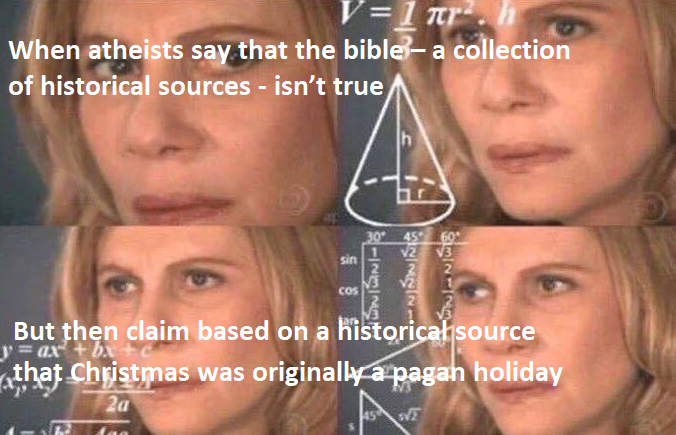 In American rapper Kanye West’s song ‘Jesus walks,’ Kanye raps ‘I’m just trying to say the way school need teachers; the way Kathie Lee needed Regis: that's the way I need Jesus. So here go my single dog radio needs this: They said you can rap about anything except for Jesus, that means guns, sex, lies, video tape. But if I talk about God my record won't get played, Huh?’

Kanye exhibits two points within this verse:  The social stigma behind Jesus today and the lack of Jesus’ persona being taught in institutions. I agree with Kanye not necessarily because I believe in God, but because as a person, from any angle, Jesus is underrated.

It would be an understatement to say that Jesus is influential to most cultures today. His life is what Christianity is revolved around and in Islam, his existence is crucial to their beliefs as he is God’s chosen one bar crucifixion.

However, Jesus’ acts are most significant when observing them from a secular or even an atheist perspective. Without the aid of a deity, Jesus’ miracles lack foundation making them even more remarkable and his politics could be considered more progressive than any other political icon in history.

The way Jesus spoke of and to women is a good example of the latter; contemporarily it was unlawful for women to speak to men in public other than their husbands. Contextually this standard was limited further considering Jesus’ notable social status and his race as a Jew, Jesus defies such conventions.

One example is when Jesus sits at a well exhausted, and a Samaritan (a more oppressed race) woman draws herself a drink from the well. Jesus asks her if she can pour him one also. She is immediately astonished because of their taboo contrasting demographics, yet the conversation they have has a higher degree of unconventionality, because this woman—as she admits and as Jesus already knows—has had five husbands and is currently living with a man she is not married to. This doesn’t sound like an uncommon life for a working class woman today, but two-thousand years ago this exacerbated her status to a word that I am not allowed to use on this website. This is one of the many examples of Jesus humanising women and the marginalised.

Jesus’ phenomenal miracles are another reason why Kanye and I think that Jesus gets under-appreciated. Jesus raised people from the dead, gave sight to the blind, multiplied bread irrationally and brought himself back to life. Obviously the immediate argument against these miracles is that “somebody made them up”. But it would take a lot of studying of scripture and history to construct arguments to say that the four primary sources of Jesus’ life – writers that call themselves, Matthew, Mark, Luke and John, are false, because all were written by different people at different times and none of them or any secondary source writers of the New Testament, intervene to say that any of the claims of Jesus’ life are fabricated.

When collaborating the books of the New Testament into one biblical canon in the third century, scholars used a strict method to what would be included in its initial publication. For example, in the book of John (written by John, one of the twelve apostles and hence witness to most accounts in this book), one account (chapter 7, verse 53 to chapter 8, verse 11) differs in style from the rest of the way his book was written and many theologians still argue that somebody else wrote it and therefore a lot of earlier versions of the Bible do not have this record in it, despite the fact that even if someone else had briefly collaborated with John in this section, there’s no reason to dispute it happening at all. The Catholic Bible contains seven additional books to the protestant Bible excluded for similar reasons.

A plethora of historical biographies are retold from the four different narrators of Jesus’ life from different points of view.  One example is Jesus’ resurrection. In this example, each account varies within minor details; for example, what time the women observed Jesus’ resurrection and who precisely was there to witness him. These discrepancies add credibility to the biographies of Jesus, because it is extremely unlikely that the same story from different perspectives would be identical in intricate detail.

The most obvious form of validating the credibility of Jesus’ existence and hence, obligation to teach people and consider Jesus’ life as an important occurrence regardless of God’s existence, is that collectively throughout generations we’ve all been counting every year since his birth. Similarly, generally, if people identify as Jewish, it means that Abraham – the prototype of all three Abrahamic religions - is one of their ancestors who was born in 2000 BC.

So why does Kanye have to find it so difficult to rap about a man who we universally measure time against?