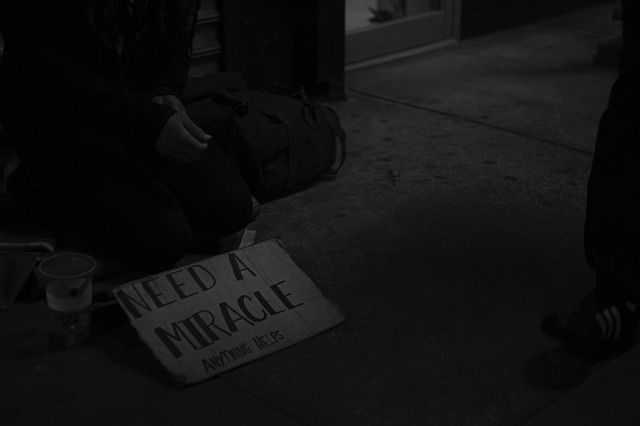 How many seconds does it take for you to decide not to help someone? That’s the question I asked myself after watching Netflix’s Seven seconds.

For one character – a young white officer, it took just seven seconds for him to turn away from a dying black teenager left in a ditch.

Seven seconds changed the life of not only this boy but many others directly and indirectly involved in the incident. Our choices create a ripple effect, sometimes obvious, sometimes hardly noticeable.

I’m reminded of Jesus’ story about the Good Samaritan. A Jew gets beaten up whilst he was on his way from Jerusalem to Jericho and was left on the side of the road to die.

Sometime later a priest walks by and sees this Jew, beaten and stripped naked.

He chooses to walk on the other side of the road, distancing himself away from the man.

He also walks on the other side, pretending not to notice.

Jesus exposes how religiosity gets in the way of Christian living. Their reputation was more important than this man’s life. Their priorities were pulling them away from sparing a second thought for this man.

Other stories of Jesus

Interestingly, the story after the parable of the Good Samaritan recorded in Luke’s Gospel is another story about misplaced priorities. One day, Jesus goes to Mary and Martha’s home. Martha is busily preparing a meal for Jesus but gets frustrated that Mary wasn’t fulfilling her duties as a host, to which she takes it out on Jesus saying, “Lord, don’t you care that my sister has left me to do the work by myself? Tell her to help me!” (Luke chapter 10 verse 40).

It’s not that what Martha was doing was wrong but she’s missing the better things.

Perhaps somewhere along the way we’ve forgotten the better things and instead, settled for something more comfortable for ourselves. Our hearts are devoted to God but family commitments, our career and personal happiness become our priority.

Needless to say, if the character from Netflix’s Seven seconds had done something rather than walked away from the dying teenager, things would have turned out very differently. If we also tried doing something rather than pretending it’s not our problem, then what a difference that could make. If the situation was reversed – us being that dying teenager in the ditch – wouldn’t we want a Good Samaritan to walk past?

As we ‘move up’ in society to get closer to those above us, we also distant ourselves away from those below. The irony we see in Christianity is that God emptied himself and came into the world to live with the lowest in society. The highest being in the universe moved down from heaven because he cares.

As Christians, we want that personal and relational experience with God. As we work on pursuing that intimate relationship with him – the highest being – we should also consider working our way down, just like what Jesus did. When we care for our neighbours, that’s where we might find God.

Rachel is a youth pastor at Northern Life Baptist Church. She also teaches SRE at a public school in Sydney’s North Shore. Besides working in ministry, Rachel loves studying at Morling College. She is about to finish her Master of Divinity there. You can also find Rachel’s previous article here: https://christiantoday.com.au/news/waiting1.html

Rachel is a pastor, preacher and writer. Based in Sydney, she’s a fan of literature, sport and the arts. Check out her website rachellhli.wordpress.com