After a heated argument in a car, Petra shouted, “Let’s just die!”. Tom was so angry to the point that he momentarily obliged. He had his foot firmly anchored on the accelerator, ready to ‘crash and burn’.

A split-second decision fuelled by extreme anger would literally be a matter of life or death. Have you ever experienced or witnessed something similar in your life? I certainly have. It was frightening.

Tom was about to drive straight through the red light and into a big pole at 100km/h. Then in an instant, his common sense prevailed. He quickly took his foot off the accelerator and shouted back at Petra, “No, I just wanna die… painlessly!”.

Suicidal thoughts are not trivial matters. People who talk about suicide, whether in a depressive or joking manner, must be taken seriously. The common myth about suicidal people is that they are loners or mentally-ill people. The truth is that most people who suicide mix with family, workmates and community and have never been diagnosed with a psychiatric illness.

They are often ordinary people with extraordinary problems, who are in desperate need of relief from pain, grief or depression in their lives.

New Zealand, the magical Hobbit paradise, is so serene, clean and green. While this still rings true on the outside, a shocking inner reality has been revealed by a recent UNICEF study in 2017. New Zealand had the worst adolescent suicide rate by a significant margin among 38 of the world’s developed nations; at about 16 suicides per 100,000 among 15-19 year olds.

To put this into perspective, it roughly equates to over 20 suicides in Manukau city (out of about 140,000) in a year. And we are only talking about 15-19 year olds.

Globally someone takes their own life about once every 40 seconds. It is clear that the issue is both widespread and close to home. A burning question then is: “why?”

There can be many reasons: tragic loss of loved ones, abuse, bullying, crushed hopes, shattered dreams, serious failures, intense shame, loss of a job, loss of direction/purpose, addiction, physical pain, injuries, break-ups, relationship problems and disillusionment with the world to name a few. It is often a combination of various factors rather than a single cause. We need to bear in mind the complexity and the depth of the human heart and mind, which is as intricately beautiful as it is broken.

Might it be possible that there is a spiritual dimension to this? Where does that small voice in the minds that urges to end it all come from? Suicide provides an ‘irreversible’ solution to a temporary problem. But it doesn’t actually resolve the problem. It removes the problem-solver.

David Bruner, a pastor of CityPres in Auckland, aptly addressed this topic in his recent sermon series titled “discovering the riches of Christ for the realities of life”. Christians normally think of the book of Psalms as a joyful praise or worship. But Psalm 88 sounds rather like a suicide poem. The Psalmist expressed hopelessness, helplessness and isolation. He cried out to God feeling all alone. He blamed God for his companions to shun him. His friends probably didn’t get it, forcing him withdraw and suffer alone even more. He had almost utterly given up hope.

This Psalm shows that even believers in God can feel this way and that it is okay to talk to God honestly with our ‘raw’ feelings.

The beauty of Psalm 88 is that despite his feelings, the Psalmist still cries out to God. He still holds on and his hope is not completely extinguished. Why not just let go? Because the inner voice saying “You are helpless and alone” is a lie. If Jesus had indeed taken up our pain, borne our suffering, pierced for our sins and crushed for our iniquities, we are indeed healed by his wounds (Isaiah chapter 53 verses 4-6) no matter how we feel.

Scripture declares that Jesus bore the most intense shame, hopelessness, depression and isolation than any of us could ever muster in our life. Imagine the prospect of owning ALL of the world’s sin on your shoulders, despised, mocked then nailed to the cross with no fault of your own. This would be an event of cosmic proportions. While looking to Jesus is no guarantee that all our problems will go away, it certainly gives us strength for today and hope for tomorrow as we reflect on God’s love for humanity. Even when life falls apart, we can still choose to hold onto God just like the Psalmist did. 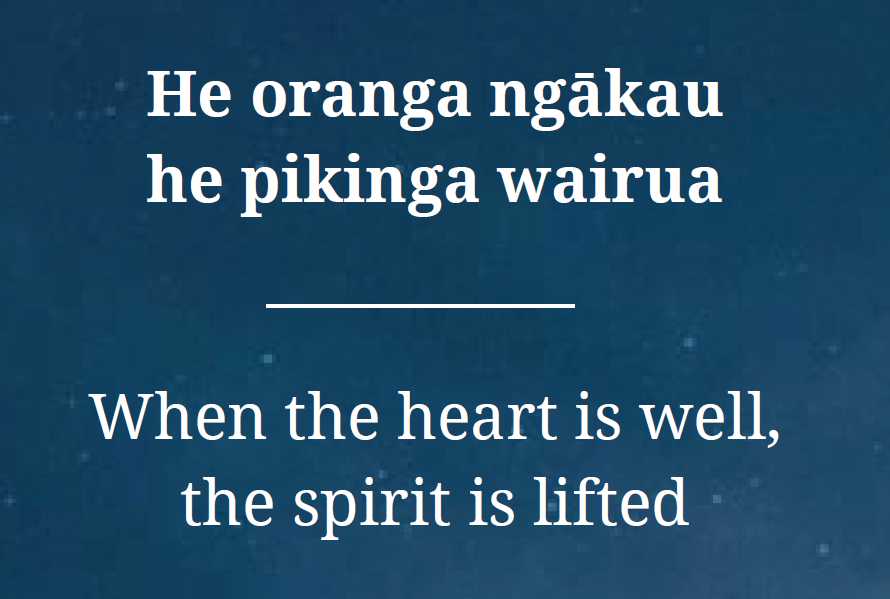 Are you depressed or suicidal? You are not alone. Mental Health Foundation New Zealand offers this great advice: “Tell somebody. It’s not a sign of weakness to ask for help. Talking to someone you trust can make a real difference. There are so many things in life that aren’t fair or right. You are not crazy if you think like that. But don’t let it implode you. Be kind to yourself and give you a chance.

Anxiety or suicidal thoughts are just thoughts. You don’t have to act on them. Feeling down is actually okay, you don’t have to feel bad about feeling bad. It can pass and it will.”

In addition, why don’t we pour out our heart to God in prayer? Might it be possible that we could experience God’s love and healing in our life in unexpected ways? This YouTube video titled Father’s Love Letter is very moving and it brought tears into many eyes. May it be a source of encouragement and great reminder to us all.